Russia is a 'gas station with a flag' says commentator

Fox news host Pete Hegseth called for more sanctions to be levelled on Russia following a massive cyber attack on the USA. He branded Russia as a “gas station with a flag” and said the US needs to “cut off” its energy capabilities in order to “cripple them”. It comes as Microsoft warned on Thursday a Russian hacking group known as Nobelium targeted over 150 organisations across the world last week. Amongst the targets were US government agencies. President Joe Biden is due to meet Russian President Vladimir Putin in three weeks time in Geneva.

Pete Hegseth claimed: “There is no doubt that the Kremlin was aware and likely behind it.

“Nothing happens in Moscow without ultimately the blessing of the government.

“They are at least in knowledge of it.”

He went on to hit out at Russia, calling for immediate sanctions to be made on Putin in order to “cripple” Russia.

JUST IN Brexit LIVE: Alert over plot to scrap Australia trade deal -UK could STILL be ‘tied’ to EU 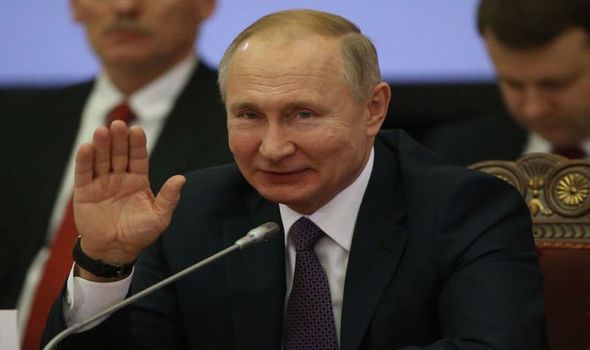 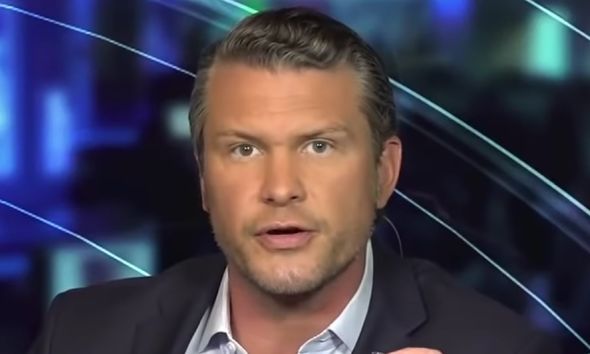 Mr Hegseth said: “Russia is effectively a gas station with a flag and when you cut off their energy capabilities you cripple them.

“When you increase sanctions as the Trump administration did, you make them more vulnerable.”

He added: “And when you supply actual weapons instead of blankets to their adversaries you are able to block them.

“Remember when Barack Obama in 2012 said to Mitt Romney ‘the 1980s called, they want they foreign policy back’?”

Belarus: Expert on whether Putin is 'backing' Lukashenko 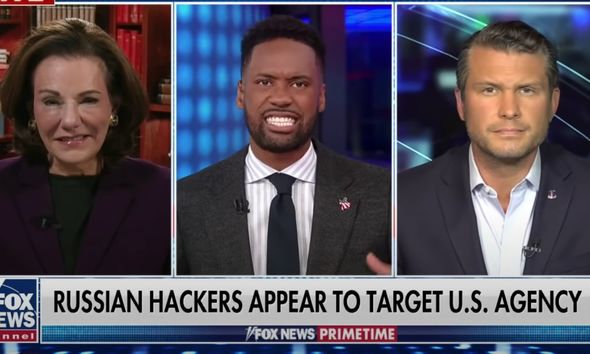 He claimed: “The Democrats have exploited Russia when they think it is politically advantageous to them.

“But when they have been at the helm they have allowed Vladimir Putin to expand his influence and expand what he wants to be.”

The Fox News host claimed: “The restoration of the Soviet Union – that is ultimately his goal, he’s said it outright.”

He added: “Democrats have no tools in the toolbox to actually fight back! Will we respond?”

EU left in ’emergency situation’ in the wake of Belarus flight hijack [SHOCK]
Putin ‘willing to exploit Israel-Palestine conflict’ to crush West [WARNING]
Who is Roman Protasevich? Blogger at the centre of Belarus hijack [INSIGHT] 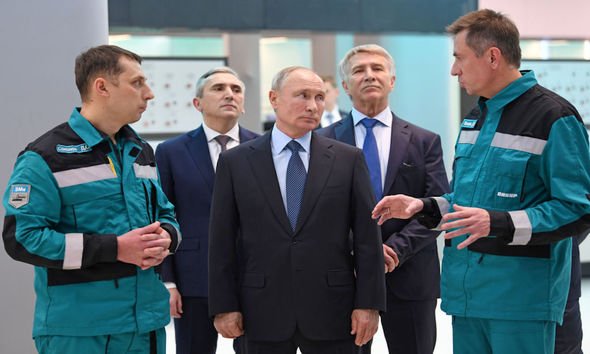 He added: “Inferior adversaries go to the tactics that can work for them based on their capabilities.”

“Cyber is what Vladimir Putin thinks he can use because he does not believe the Biden administration will fight back and thus far, he’s been right unfortunately!”

Microsoft said the cyber attack consisted of phishing emails which are spoof messages designed to trick people into giving over sensitive information or downloading harmful software.

Emails were sent to more than 3,000 email accounts according to Microsoft but Russia has denied the claims and said it does not have any knowledge of the cyber attack.