Exports of military equipment to two Gulf states may be in contravention of international commitments, report says.

A new report commissioned by human rights groups says the French government may have breached international law by supplying Saudi Arabia and the United Arab Emirates weapons that could be used in their war on Yemen.

The report by French law firm Ancile Avocat asserts that France’s arms exports to the two Arab Gulf countries could be in contravention of its international commitments.

“The French government has authorised exports of military equipment to Saudi Arabia and the UAE in circumstances where these weapons can be used in the conflict in Yemen and could be used to carry out war crimes”, the report’s authors said.

France is a signatory to the Arms Trade Treaty, which it ratified in 2014, making it legally binding on the country to prevent arms sales where it is deemed these will be used to violate international humanitarian law.

Philippe Edouard, France’s prime minister, has insisted recent sales are for purely defensive purposes and will be used to deter Houthi aggression.

“The Emiratis are on the ground in Yemen with some French equipment but it is not these weapons that are implicated in the collateral damage which must stop,” Edouard said earlier this month.

Amnesty International, who commissioned the report alongside French rights group ACAT, issued a statement on Tuesday in which it decried the French government’s lack of transparency.

“There exists a lack of considerable transparency on the part of French authorities in its arms exports and sales … deliberations by the inter-ministerial commission for the study of war equipment exports, charged with examining licence requests, are absolutely confidential,” the report said.

An anti-Yemen war coalition has been gaining momentum in recent months. It has questioned the rationale behind some countries’ continued assistance and arms sales to the Saudi-led coalition.

The conflict in Yemen, pitting a Saudi-led coalition against Houthi rebels, has claimed the lives of at least 10,000 people.

Tens of thousands more have died from preventable diseases brought about by the conflict.

Data from the Stockholm International Peace Research Institute (SIPRI) indicates that France, the world’s fourth-largest arms exporter, was respectively Saudi Arabia and the UAE’s third and second-biggest weapons supplier in the years between 2013 and 2017.

Norway announced in early January that it would suspend arms sales to the UAE, followed a few days later by Germany’s suspension of arms export to countries that “are involved in the Yemeni war”.

In the UK, the Campaign Against Arms Trade (CAAT) has sought to challenge Britain’s arms exports to Saudi Arabia on the grounds that these did not comply with national guidelines.

In 2017, a high court ruled that the sales were lawful as the coalition’s intentions had not been to target civilians.

In France, the government has consistently argued that its sales were legal and taken with utmost seriousness.

“Export decision are taken under the prime minister with strict respect for France’s international commitment,” a spokesperson for France’s foreign minister said. 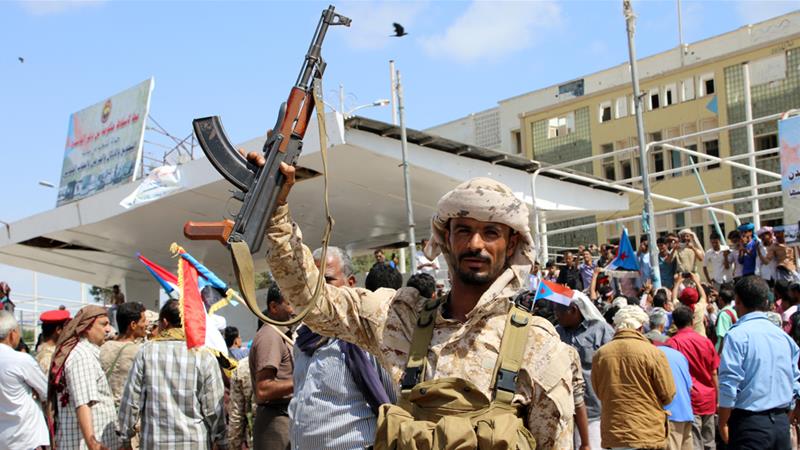 What will it take to stop the war in Yemen?