PARIS (Reuters) – The niece of French far-right leader Marine Le Pen said on Saturday she was convinced her ideas would carry her to power in the future, though she did not declare herself officially as a candidate for the next presidential election in France in 2022. 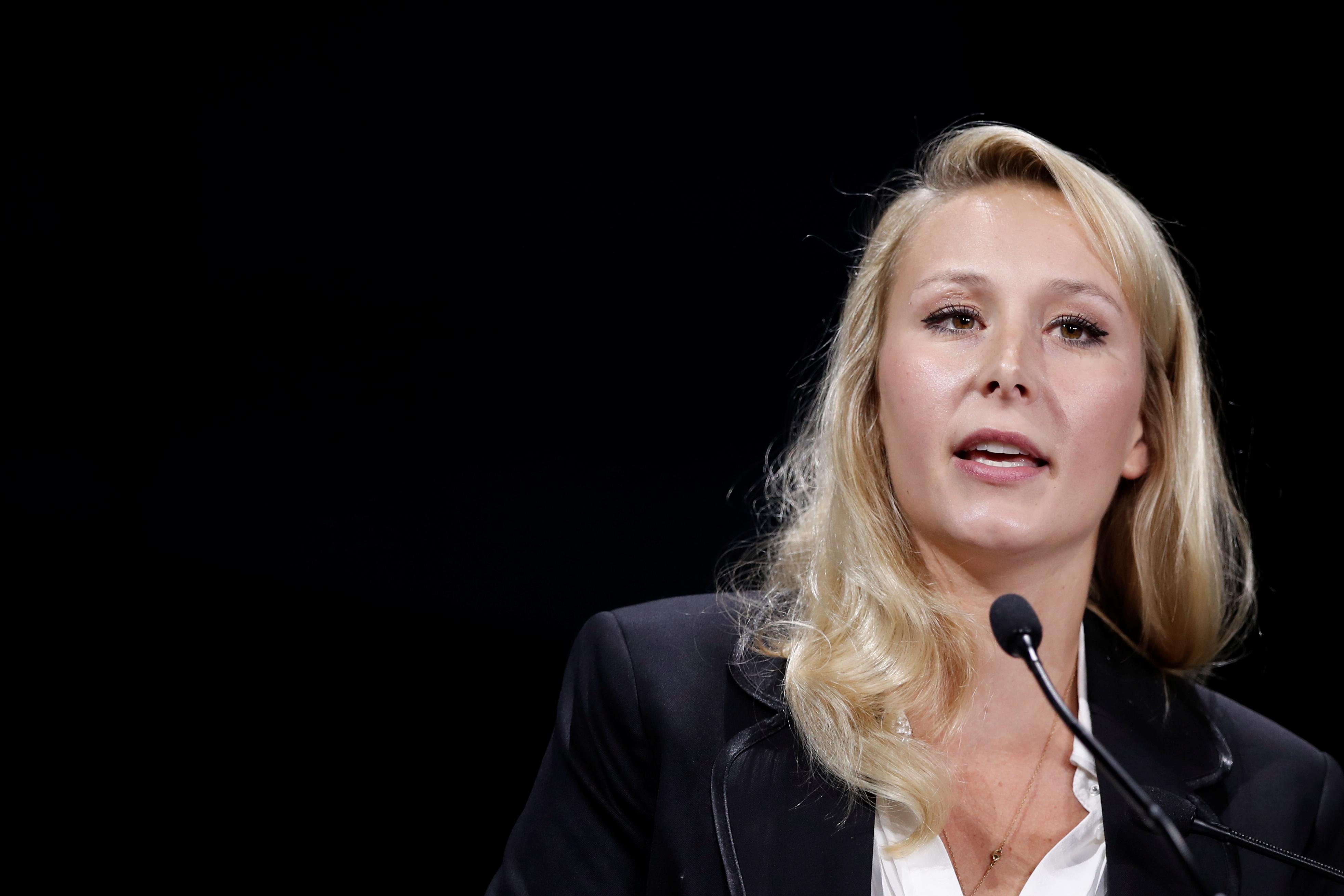 Marion Marechal, who dropped “Le Pen” from her family name last year, fueled speculation about her political ambitions when she opened a political academy in Lyon the same year, putting her aunt Marine Le Pen on the defensive.

“Tomorrow, and I am deeply convinced about this, we will be in power,” she said at a conference held in Paris.

The photogenic 29-year-old former lawmaker, granddaughter of National Front founder Jean-Marie Le Pen, is viewed by many as a possible future leader of the far right, maybe as soon as the 2022 presidential election – something her aunt says is premature.

“I don’t believe at all she has ambitions to be a presidential candidate in 2022. At least, that’s what she told me, and I have no reason not to believe her,” Le Pen told reporters earlier this month.

Le Pen’s defeat to Emmanuel Macron in the 2017 presidential election weakened her and exposed deep rifts within the National Front, which Marechal quit that year and was renamed the National Rally by Marine.

“Marine Le Pen’s strategy is this idea of a big transpartisan alliance of what she calls ‘patriots’ from left and right, which is the general populist strategy,” Gilles Ivaldi, a specialist of the far right at Nice University, said.

“There’s another line, embodied by Marion Marechal, who thinks the National Rally should rather seek a wide alliance of the rights,” he told Reuters.

With Saturday’s gathering, called the “Convention of the Right” and featuring prominent conservative polemicists, Marechal is making sure she remains in the media spotlight and is hoping to appeal to members of the traditional conservative party, Les Republicains, analysts say.

“When you want to return to politics, and I think she harbors that desire, you must continue to be seen,” said Jean-Yves Calus, a political scientist at the Jean-Jaures Foundation in Paris, adding that Marechal’s comeback will depend on what happens to Les Republicains, which is struggling for political space since Macron’s election.

Last June, she hosted a secret dinner in Paris with members of Les Republicains, heir to the Gaullist center-right party of Nicolas Sarkozy, according to participants, which suggests some of them are willing to form an alliance with her.

That would mark a big shift for the center-right party, which has steadfastly refused any alliance with the far right since the emergence of the National Front on the political stage in the 1970s.