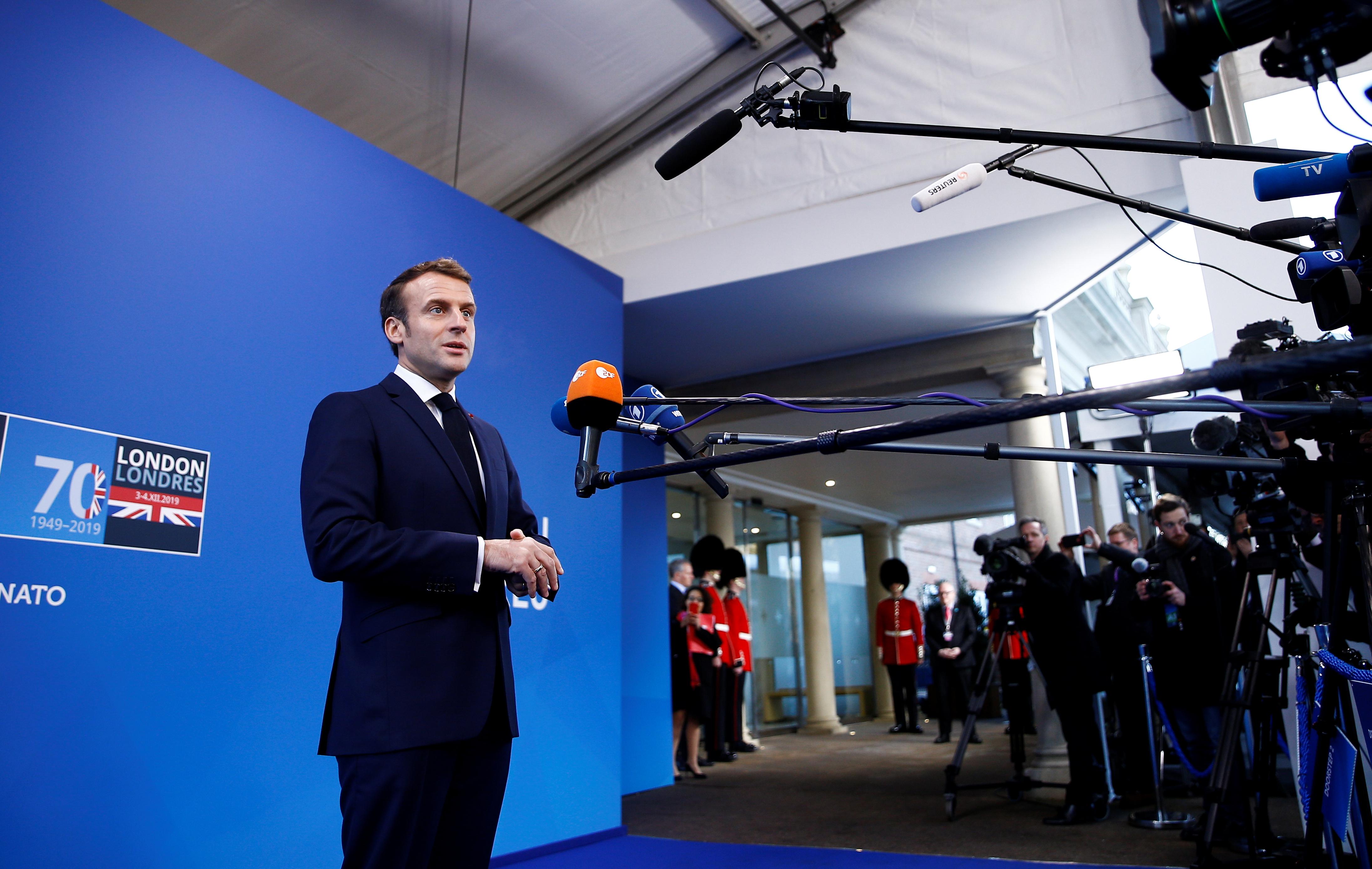 LONDON (Reuters) – French President Emmanuel Macron stood by his comment that NATO was experiencing “brain death”, saying on Wednesday it had spurred the right kind of debate about the military alliance’s direction.

On arriving at a meeting of NATO leaders in Watford, Macron, asked whether he stood by his comment, told reporters: “Yes, absolutely. In fact it allowed us to raise some crucial debates.”

He said those included how to create a durable peace in Europe and clarifying who was the enemy. “So I think it was our responsibility to raise ambiguities that could be harmful, and to tackle a real strategic debate. It has started, I am satisfied.”