Footage has emerged of a daredevil flinging himself from a towering Norwegian cliff a year before his death.

French stuntman Tancrede Melet filmed himself being catapulted from a cliff edge in the Norwegian Fjords as part of a film called Back to Fjords.

The thrill-seeker, a member of the Flying Frenchies, looks delighted as he is launched from the giant slingshot and catapulted through the air before releasing his parachute and landing safely at the bottom. 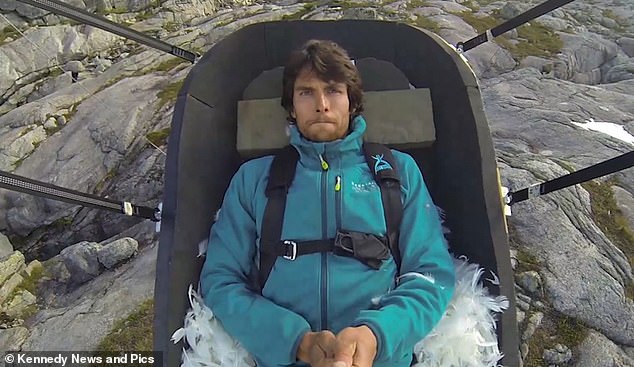 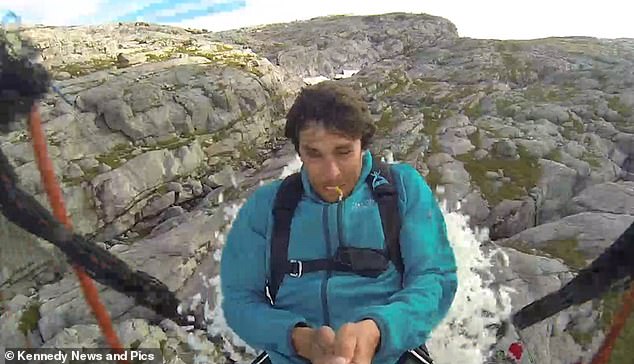 Just one year later in 2016, Tancrede, 32, fell more than 100ft to his death while preparing to perform with a hot air balloon.

Julien Millot, a member of the Flying Frenchies, said: ‘Tancrede was a crazy dreamer and a mind-driven engineer with incredible physical abilities.

‘This idea came from when you imagine running after Road Runner and you are Wile E. Coyote – you need something really powerful to run as fast as him and catch him but lots of people have commented how it reminds them of Angry Birds.

‘The catapult project is an old idea, from first thought to first jump it took almost two years.’ 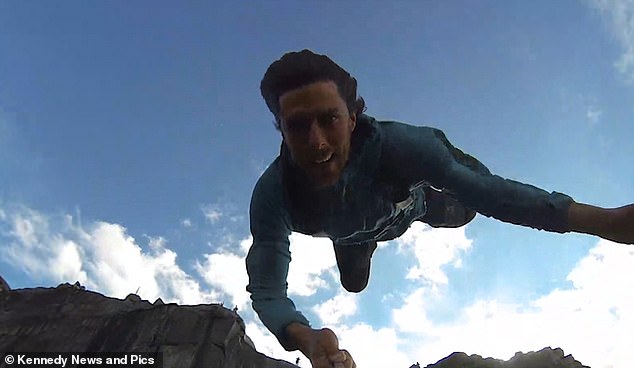 A year after this video, Tancrede, 32, fell to his death while attempting another dramatic stunt 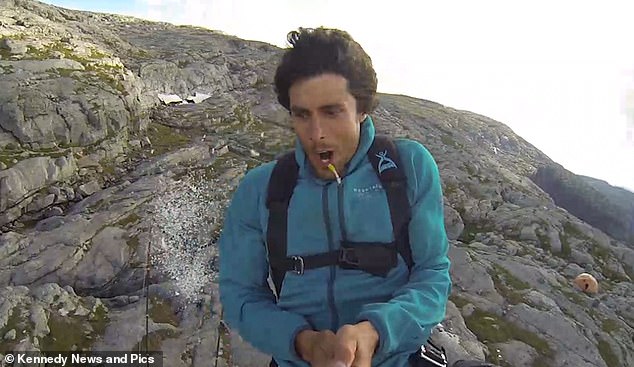 Tancrede was part of the Flying Frenchies, a thrill-seeking group 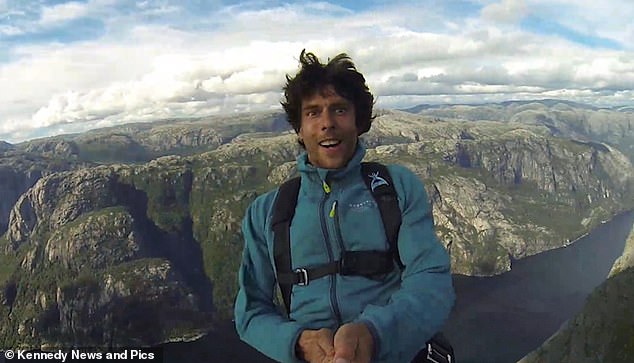 Friend Julien Millot said ‘The place is outstanding, the stunt is unique and Tancrede’s launch and flip with style is inspiring’

Julien said that the video still gets thrilling reactions from viewers four years on.

He said: ‘People tend to react with a lot of fear. The thrill of being launched like this makes you feel very uncomfortable, as you imagine you are just seating like this and wait for the kick.

‘The place is outstanding, the stunt is unique and Tancrede’s launch and flip with style is inspiring.

‘It was amazing seeing him realise such a stunt which was an achievement among many.’