Dieppe:  The mayor of a city in France's Normandy region says a 103-year-old nun known as the "White Angel" to allied soldiers injured during a failed World War II raid has died.

The city of Dieppe in Normandy said that a tribute to Sister Agnes-Marie Valois will be held on April 24 at the Canadian cemetery. The ceremony is set to be attended by Canada's ambassador to France.

Most of the soldiers killed or captured during the August 19, 1942 raid in Dieppe were Canadian, as were the troops the French nun and nurse cared for. 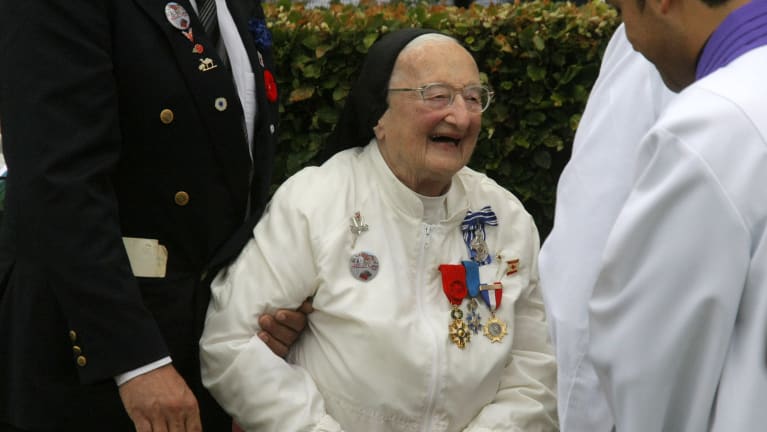 Dieppe Mayor Nicolas Langlois says flags have been lowered to half-mast in the city to pay tribute to "a great lady of our history".

Valois, who took vows as a nun in 1936 and also worked as a nurse at the Dieppe hospital, was living in retirement at a monastery when she died on Thursday.

The Dieppe Raid of 1942 is remembered as one of the darkest chapters in Canada's military history. A 6000-man force made up mainly of Canadians made an amphibious assault on Dieppe only to be repelled by the occupying Germans' superior firepower.

Of the nearly 5000 Canadians who took part, 913 were killed. Most of the nearly 2000 taken prisoner remained in POW camps for the remainder of the war.