After completing what they say is the first examination of Adolf Hitler’s remains since World War II, a team of researchers has announced that the Nazi leader most definitely died in Berlin in 1945 and, therefore, cannot possibly still be alive on the moon.

The study was no easy feat. Over the past 73 years, Hitler’s presumed corpse has been set on fire, secretly buried, dug up by the Soviets, hidden by the KGB and finally ordered destroyed. 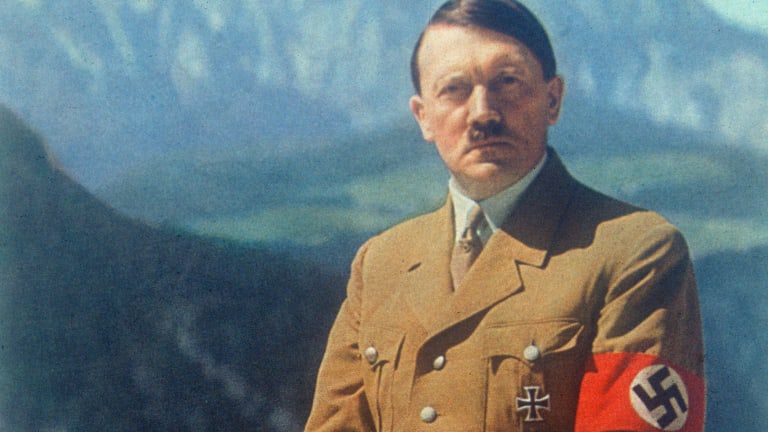 Hitler’s person, meanwhile, has appeared in the fantasies of all manner of conspiracy theorists who insist his body is a fake.

So last year, a team of French researchers persuaded the Russian government to let them inspect the last two bits of Hitler known to exist: a bullet-shot chunk of skull and a set of frankly disgusting teeth.

They compared these fragments with war-era autopsy records and concluded that, yep, those are definitely Hitler’s teeth.

‘‘There is no possible doubt. Our study proves that Hitler died in 1945,’’ co-author Philippe Charlier told Agence France-Presse after the paper published on Friday in the European Journal of Internal Medicine.

‘‘He did not flee to Argentina in a submarine,’’ Charlier continued. ‘‘He is not in a hidden base in Antarctica or on the dark side of the moon.’’ 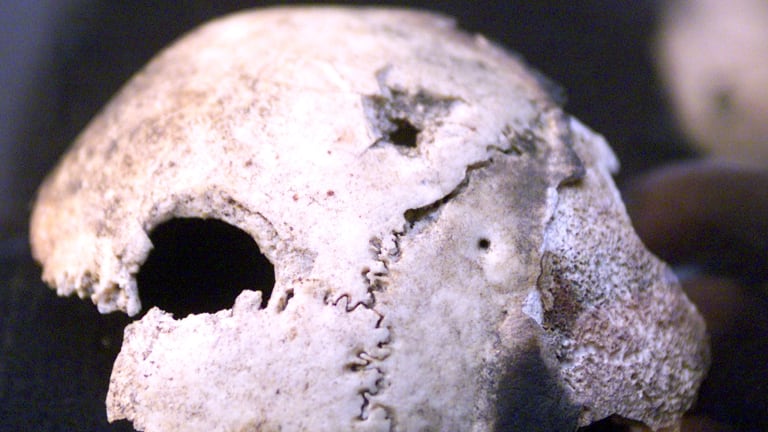 The professor is by no means the first researcher to try to debunk claims that Hitler survived past World War II, which have persisted for decades despite the derision of nearly all mainstream historians.

But just in case Charlier is right and his study really does mark the end of Hitler survival fiction, we have memorialised the genre for the sake of posterity.

We present below the many lives and deaths of Adolf Hitler, in descending order of plausibility.

Actually, Charlier’s team concluded, Hitler most probably died with his wife while hiding in his Berlin bunker, quite possibly after swallowing a cyanide pill and then shooting himself in the head for good measure. In this, the study confirmed what has long been the official account of his death. 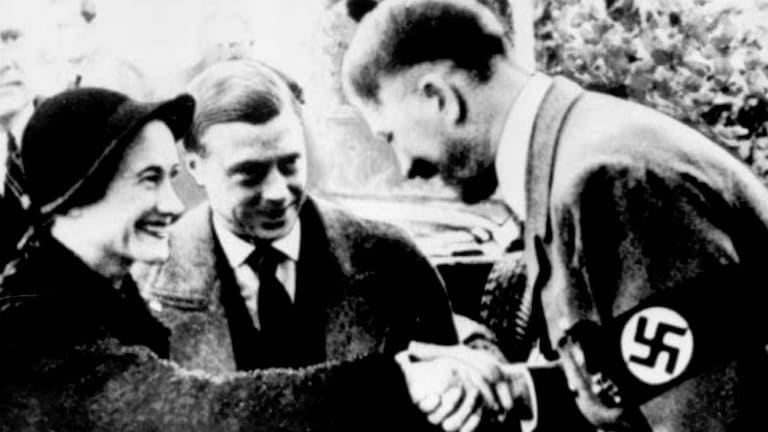 Hitler with the Duke and Duchess of Windsor.

Maybe one reason that so many people have had trouble accepting the official version of Hitler’s demise is that it started out as a boldfaced lie.

At 10:20 pm on the day after Hitler’s suicide, a German admiral addressed the country by radio. He announced sombrely that Hitler had died a few hours earlier, fighting ‘‘at the head of his troops.’’

This sad fantasy was recounted in the book The Death of Hitler, whose authors noted that it was believed by much of the world. 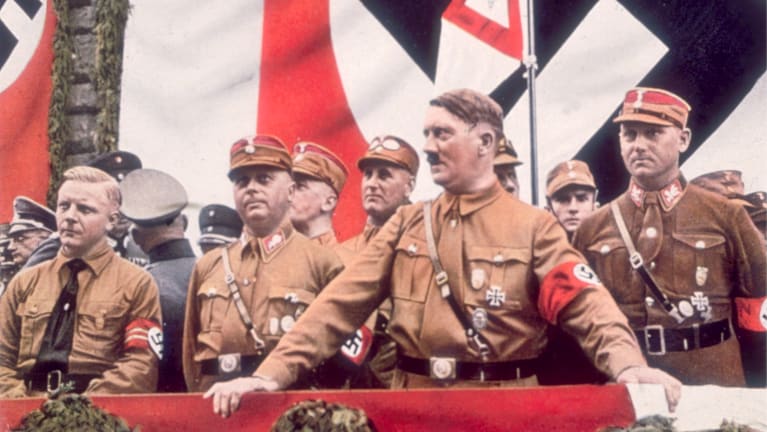 A doctor even testified in a deposition that he had tried to save the wounded leader: ‘‘A shell fragment had pierced the uniform, went through his chest and entered the lungs on both sides,’’ he told a court.

‘‘It was no use to do anything.’’ Inevitably, the notion of Hitler the war hero was shown to be a hastily conceived fraud, but the Nazis and their conquerors didn’t exactly make it easy for the public to learn the truth.

As Charlier and his co-authors wrote in their paper last week, Hitler had demanded in his will that the Soviet forces about to overrun Berlin not be allowed to defile his corpse.

Accordingly, his lieutenants doused his body in benzine, set it on fire and buried it in a nearby shell crater. 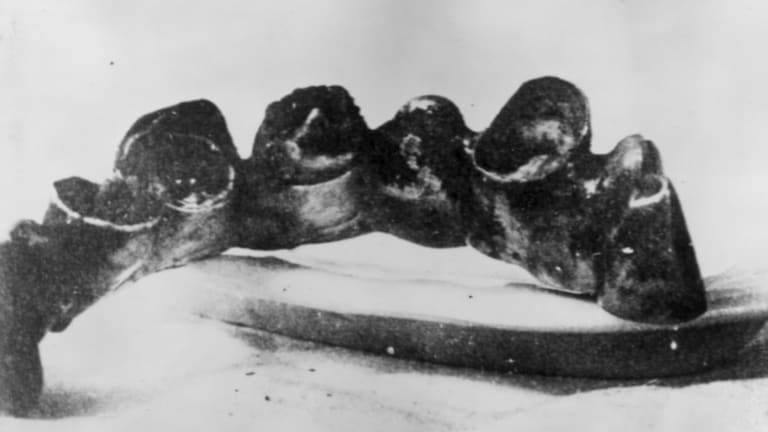 A section of Hitler’s front teeth.

Of course the occupying Soviets found the body anyway, autopsied Hitler and concluded that he had killed himself in a suitably cowardly fashion.

But rather than let the world examine the same evidence, the Soviets kept Hitler’s body hidden for decades, until the KGB was finally ordered to destroy the corpse in the 1970s, leaving only the shard of skull and jawbone in the Kremlin’s possession.

As explained in The Death of Hitler, the Russians found it politically useful keep the world guessing about Hitler’s fate. To sow chaos, we might say today. 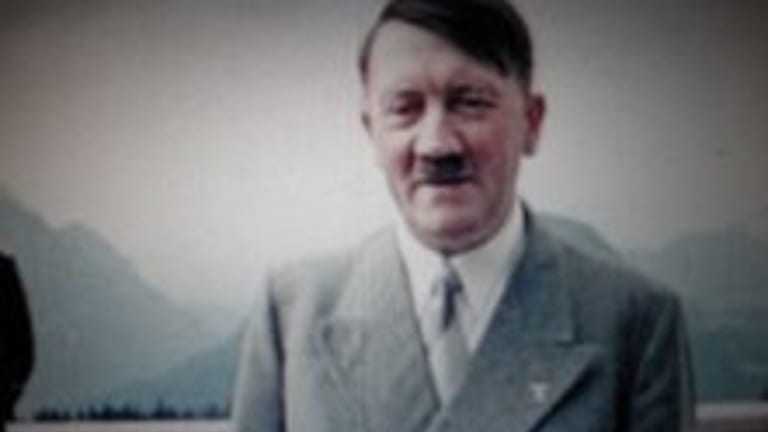 And the strategy worked. There was mass public confusion about when, how and whether Hitler had died.

In an information vacuum, newspapers quickly filled up with stories of sketchy sightings of the Nazi leader, the book recalled: Hitler posing as a casino croupier in France; Hitler working as a shepherd in the Alps; Hitler living as a hermit in a cave.

So rampant was the disinformation, that even US General (and eventual president) Dwight D. Eisenhower entertained the possibility of Hitler’s survival. 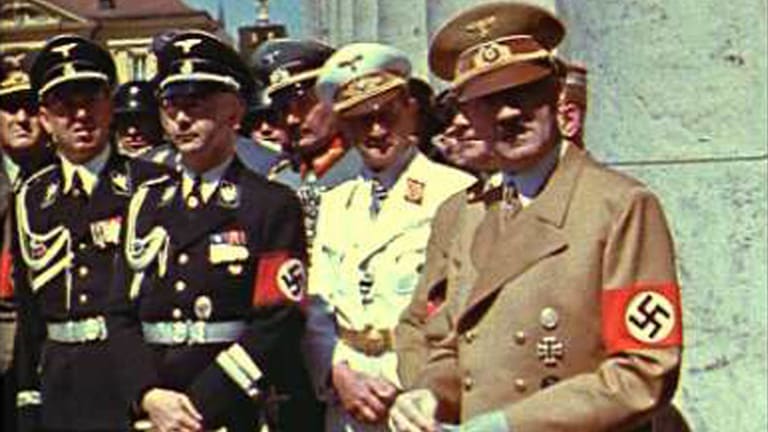 Hitler and a bunch of other Nazis in Munich in 1939.

In loving detail and with minimal disclaimers, The Daily Mail once recounted one of the more elaborate legends of Hitler’s escape from Allied-conquered Europe, beginning with the besieged leader contemplating his future staring at a portrait of Frederick the Great.

‘‘A Fourth Reich would surely rise, and he would be needed to lead it,’’ Hitler thought, the Mail wrote. ‘‘That left one option: escape.’’

'So three days before his purported suicide, Hitler ordered two corpses to be dressed as himself and his wife. He waited until the stroke of midnight, then slipped out of his bunker via a secret tunnel, and sneaked through the bombed-out city of Berlin.

He rendezvoused with an plane he had arranged to meet him on an abandoned thoroughfare, then flew to Denmark and then Spain, then commandeered a submarine and escaped to South America, where he lived out his days in peace. 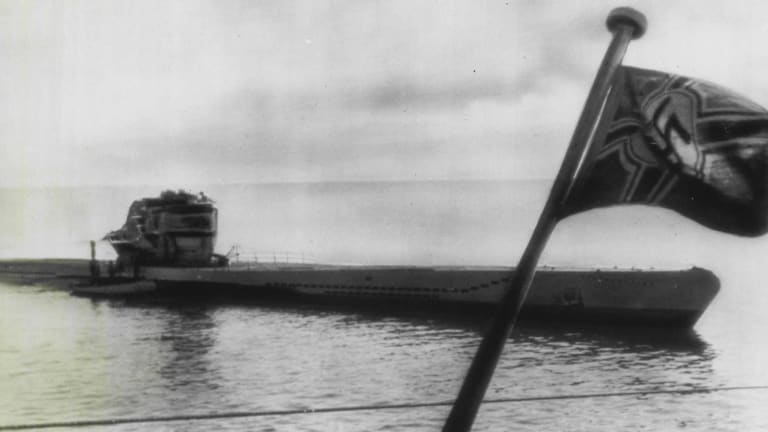 Hitler didn’t escape on a U-Boat

‘‘To most of us, such a story sounds like utter fantasy,’’ the Mail noted at the end of this adventure. ‘‘But there are some who regard it as the absolute truth.’’

Indeed, the newspaper wrote, Hitler’s supposed escape by submarine has inspired so many pseudo-historical books about his latter days that rival authors occasionally accuse one another of plagiarism.

4. The tropical adventures of ’Adolf Schüttelmayor’ and friends

Like all the best conspiracy theories, the story of Hitler’s retirement in South America intersects with just enough reality to make it vaguely plausible, without being so tied down to facts that it risks being disproved. 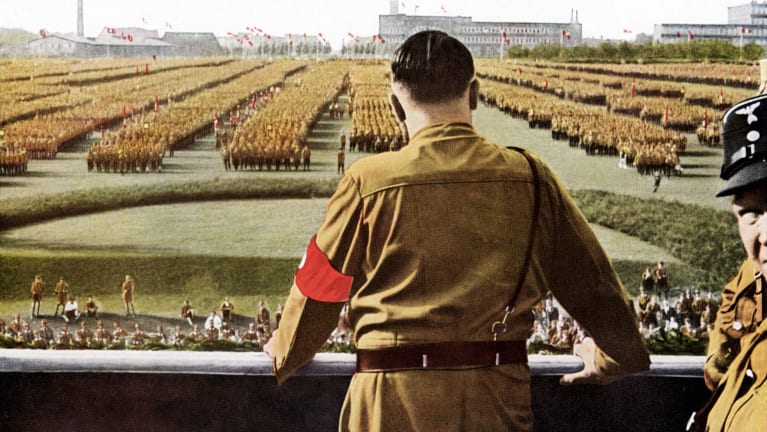 A Nazi U-boat really did disappear near the end of World War II, for example. And many high-ranking Nazis really did escape to the Americas, sometimes evading capture for years.

Last year, a newly declassified cache of government documents revealed that the CIA actually investigated a report that Hitler was among them.

A ‘‘fairly reliable’’ source contacted the agency’s base in Venezuela in 1955, according to a CIA memo, and shared a photograph of two men taken in Colombia the previous year.

The clean-shaven man on the left was a former German SS trooper, according to the source. And the man on the right was supposed to be Hitler. He had apparently changed his name to ‘‘Adolf Schüttelmayor’’ but was not so worried about discovery that he felt it necessary to shave his moustache.

Hitler’s alleged presence in Colombia was an open secret in some circles, a subsequent CIA investigation found. In a city ‘‘overly populated with former German Nazis,’’ the former SS officer told an agency source, Schüttelmayor was idolised by those who knew his real identity. They called him ‘‘der Fuhrer’’ and honoured him with the old Nazi salutes.

The CIA station chief continued to pursue the case but was eventually told by his superiors that ‘‘enormous efforts could be expended on this matter with remote possibilities of establishing anything concrete.’’ So Schüttelmayor, whoever he was, was thereafter left alone.

Of course, by the time the CIA memos were made public last year, various writers had spun far more elaborate stories about Hitler’s alleged life in South America.

One self-described historian claimed that Hitler eventually left Argentina for Paraguay and lived there inside an opulent underground bunker, which was turned into a hotel after his death in 1971.

Yet another researcher claimed that Hitler went to Brazil ‘‘hunting for buried treasure using a map given to him by friends within the Vatican,’’ the Express wrote.

The researcher was convinced that Hitler lived in the country until at least 1984, into his 90s, because she had found a grainy photograph of an old man taken that year and was reminded of Hitler when she used Photoshop to add a moustache to it.

5. Hitler escaped to a secret Antarctic base, but don’t worry – it's been nuked

In a particularly imaginative variation of the basic submarine escape story, a faction of theorists claim that Hitler’s U-boat detoured to Antarctica, depositing the leader at a secret Nazi ice base before continuing to South America with his lesser officers. 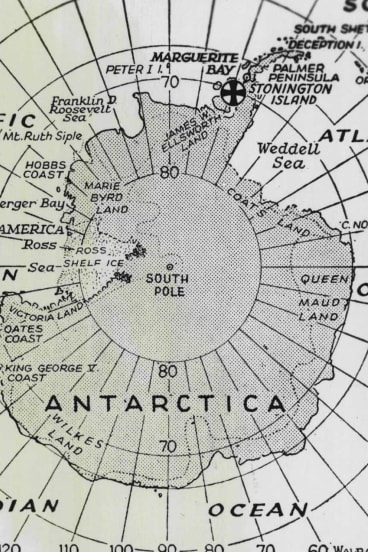 The German base was supposedly in Queen Maud Land.

‘‘The proposed location for the Nazi base (often a cavern under the ice) has wandered around over most of the Norwegian Antarctic territory of Dronning Maud Land,’’ Nature once wrote of this theory.

‘‘And it’s not agreed whether the submarines were carrying Hitler himself, or just his ashes.’’ In any case, the story goes, Hitler’s presence in Antarctica explains secretive British and U.S. military missions to the continent in the aftermath of World War II — culminating in a nuclear attack on the Nazi ice base in the 1950s.

None of this is true, of course. Or at least, so claimed two researchers in 2007, when they wrote a 21-page peer-reviewed paper attempting to debunk the notion of a Nazi ice base in Antarctica.

As we said above, the French researchers who claim to have autopsied Hitler’s bones are not the first to hope that science can finally lay him to rest.

And they probably won’t be the last. See also: