The Grenfell Tower fire was most likely started by overheating in the wiring within a fridge freezer, an expert has said.

A public inquiry into the disaster was today shown a picture of the tiny wire connector thought to have overheated and started the fire, which quickly spread, eventually killing 72 people. 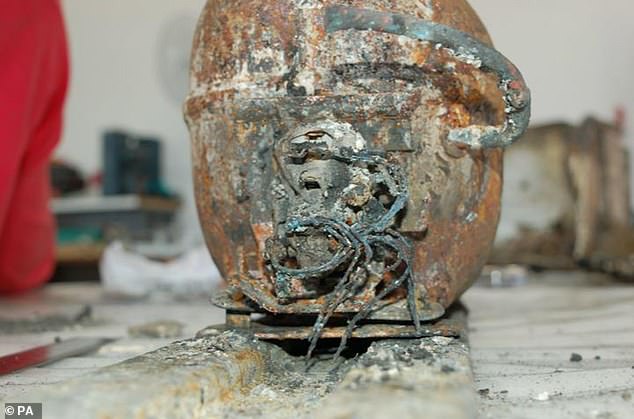 Pictured: The relay compressor compartment recovered from the fridge freezer from Flat 16 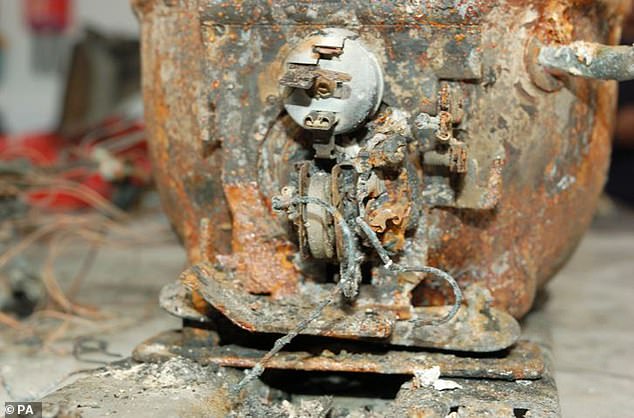 Electrical fire expert Dr Glover highlighted the ‘poor crimp connection’, which did not keep the wires tightly gripped as it was supposed to

Pictured: Wires and wire connectors that were recovered from the compressor relay compartment for the fridge freezer from Flat 16

Investigators recovered the evidence from a small relay compressor compartment at the bottom rear of the fridge freezer.

The inquiry also heard that three inches of damaged wire found in one of the bedrooms of Flat 16 some 27 days after the Grenfell Tower fire probably came from the compressor relay compartment.

Electrical fire expert Dr Glover highlighted the ‘poor crimp connection’, which did not keep the wires tightly gripped as it was supposed to.

The principal engineer at Failure Electrical, a firm which investigates electrical failures, said spaces seen in images taken from CT scans indicated it had not been ‘properly crimped’.

‘I found voids in all 80 cross-sections indicating the crimp was not nice and tight,’ he said. 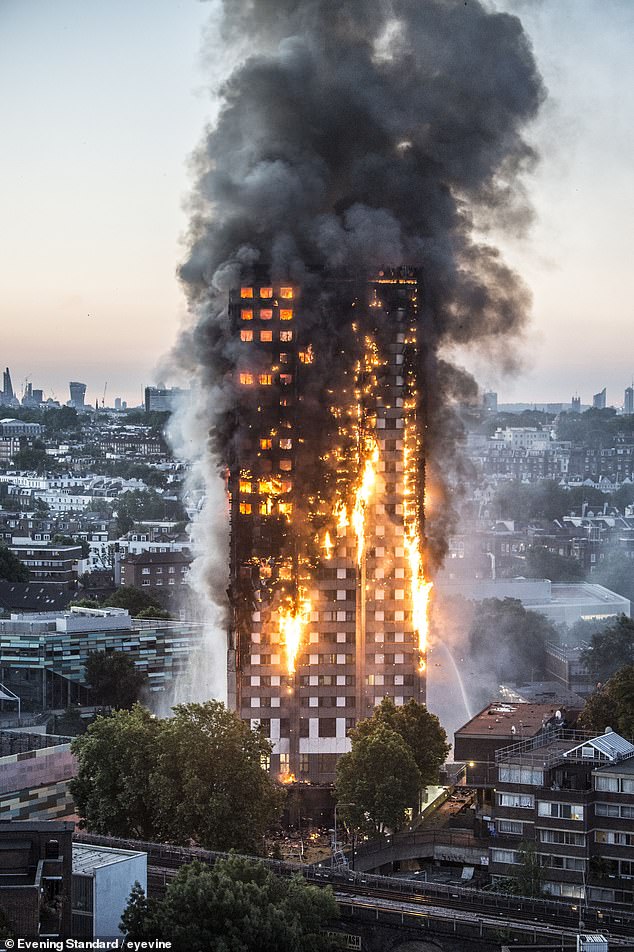 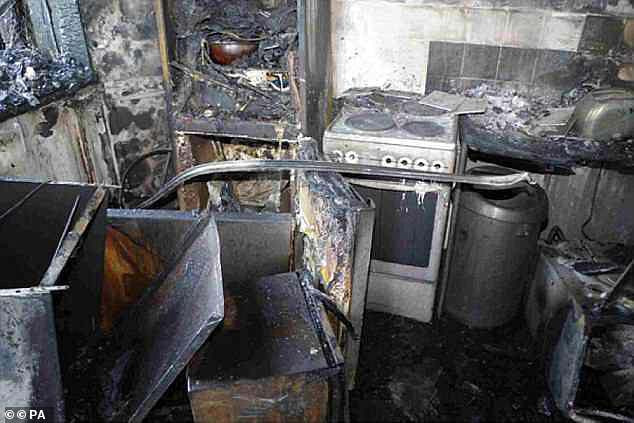 Dr Glover said: ‘A probable cause of the fire is a poor crimp connection for… an overheated wire connector within the compressor relay compartment for the fridge freezer’

In a report prepared for the inquiry Dr Glover concluded: ‘A probable cause of the fire is a poor crimp connection for… an overheated wire connector within the compressor relay compartment for the fridge freezer (Hotpoint Model FF175BP) from Flat 16.’

He said: ‘The overheating connector in my opinion was the first event that started burning the insulation on the wires that led to a short circuit.’

Dr Glover added: ‘The overheating of the crimp starts the fire.

‘It overheats, it glows, it ignites.’ 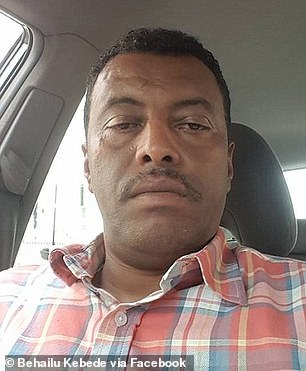 Behailu Kebede, pictured, was one of the residents of Flat 16, where the fire broke out. He banged on a neighbour’s door and alerted her to the fire, potentially saving many lives

Earlier this year consumers were advised they can carry on using the Hotpoint FF175B model after it was assessed as posing a ‘low risk’ following an independent investigation.

Dr Glover said refrigerators manufactured in the United States must have their back casing made from metallic steel, whereas plastic can be used in the UK and Europe.

‘That metallic backing would help to contain an internal fire, keep it inside the refrigerator, for a long time,’ he said.

‘Instead of the plastic casing on the rear, which is combustible, contributing to the fire, you have a steel casing which is not.’

The Government launched an investigation into the Hotpoint model thought to be responsible, which was manufactured between 2006 and 2009, and owners of the appliances were told to check their models for safety reasons.

But owners of fridges with model numbers FF175BP and FF175BG (the colour alternative) were told that their appliances posed no greater risk than similar models after testing was carried out by Whirlpool, which owns Hotpoint, and the Department for Business, Energy & Industrial Strategy.

The models were found to be fully compliant with all legal, safety and regulatory requirements, and Whirlpool were informed there was no reason to recall the items.