HUNDREDS of football fans missed England's sensational win against Germany after getting stranded on the M62 after a Carling lorry burst into flames.

Supporters have been stuck in their cars on the motorway for more than two hours, following the fire at around 1pm. 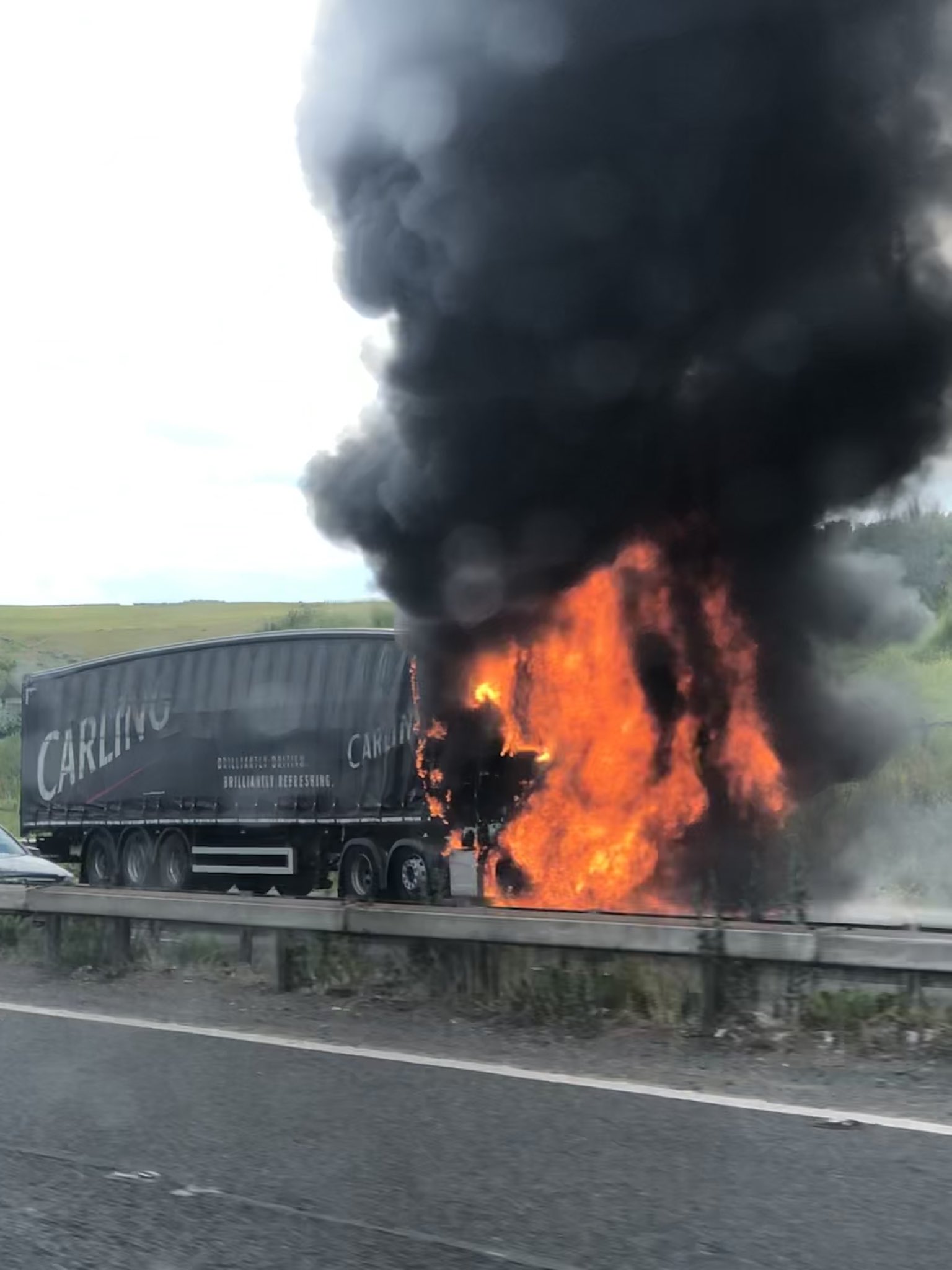 Many are now resigned to listening to the game on the radio as they sit in 13 miles of tailbacks on the major motorway.

The westbound carriageway of the main route through the Pennines was closed between junction 21 and 22 earlier this afternoon when the Carling beer truck caught fire.

Traffic was stopped shortly after 1.10pm, and queues have been building throughout the afternoon, with tailbacks currently reaching back 13 miles, past junction 25.

Drivers could be waiting up to two hours to clear the incident, meaning some people won't be making it home in time to catch any of tonight's game.

Some people stuck in the tailbacks took to Twitter to express their frustrations after Carling asked users of the social media platform where they'd be watching the game from.

The branded account asked: "Be sure to tweet us pictures of where you’re watching the big game!"

Most of the 27 replies to the tweet were from people stuck in traffic after being caught in the aftermath of the incident.

One driver replied: "If they don't move your wagon off m62 jct 21 I'll be watching it here."

After being contacted by Manchester Evening News, the motorist revealed a coach driver had let some footy fans use his loo – and he had a TV to catch the game.

He said: "Still in traffic, luckily got a TV in car and a very nice man from national express is letting people use his onboard toilet so not too bad just need a win."

There are not believed to have been any injuries in the incident, and the driver is believed to be safe and well.

Motorists have been asked to avoid the area if possible.

A car in the queue broke down earlier this evening, adding to the delays, but has since been cleared.

It is not yet known when the incident will be cleared, but highways officers are working to get motorists through as soon as possible.

A spokesman from DHL Supply Chain said of the M62 vehicle fire: "We can confirm that an HGV belonging to a subcontractor caught fire on the M62 near Rochdale early this afternoon.

"The emergency services responded and thankfully the driver escaped unhurt.

"As a precaution traffic has been diverted off the motorway while the incident is contained.

"We apologise for any inconvenience at this time and an investigation is under way into the cause."