Mourners lined the streets as the funeral procession of former racing driver the Marquess of Bute took place in London this afternoon.

John Crichton-Stuart, who also went by John Bute and was a close friend of Prince Charles, is believed to have died from cancer aged 62 on March 22.

He spent much of his time on his namesake Scottish island at his ancestral home, Mount Stuart, and had chaired the Board of Mount Stuart Trust since 2005.

The 7th Marquess, once ranked 616th in the Rich List, was also a Formula 1 driver in 1986 as he partnered Ayrton Senna and raced under the name Johnny Dumfries.

The funeral procession made its way through North Kensington before being laid to rest at Kensal Green Cemetery this afternoon.

Pictures showed the casket being carried in a classic Chevrolet 3100 pick up and was followed by a cortege of classic American cars. 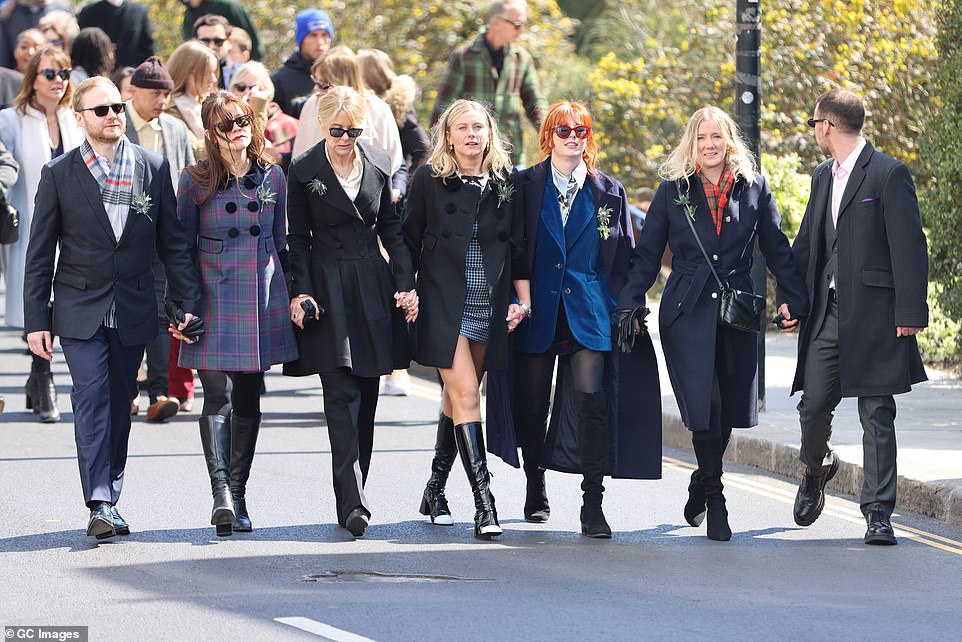 Lady Lola Bute (centre) pictured with her mother Serena (left from centre) as well as friends and family during the funeral procession for her father John Crichton-Stuart, 7th Marquess of Bute at Kensal Green Cemetery in London this afternoon 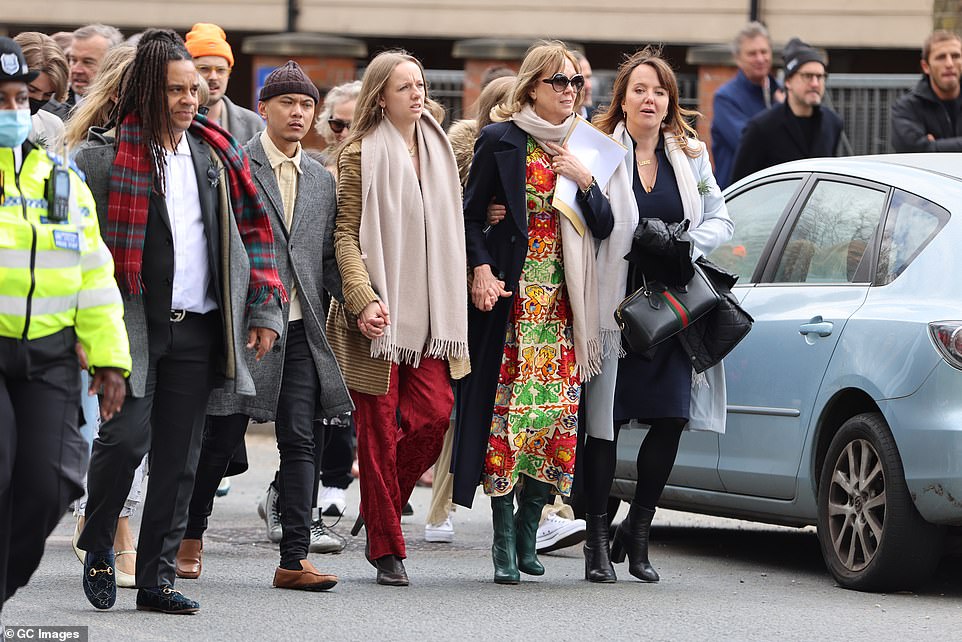 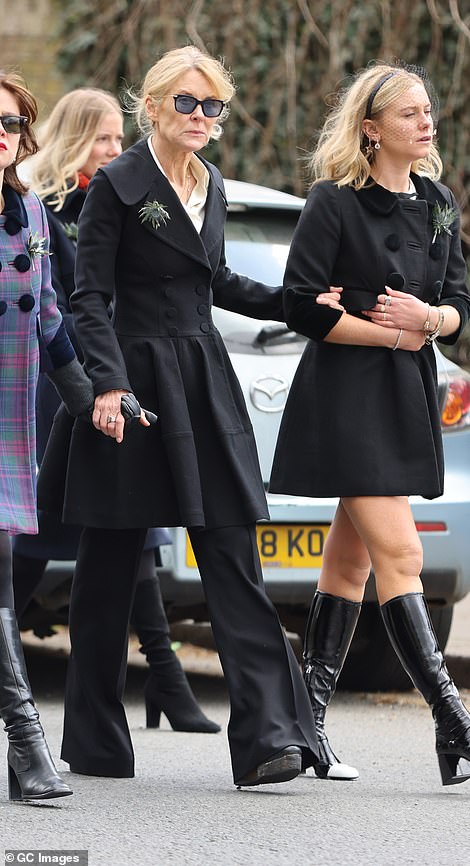 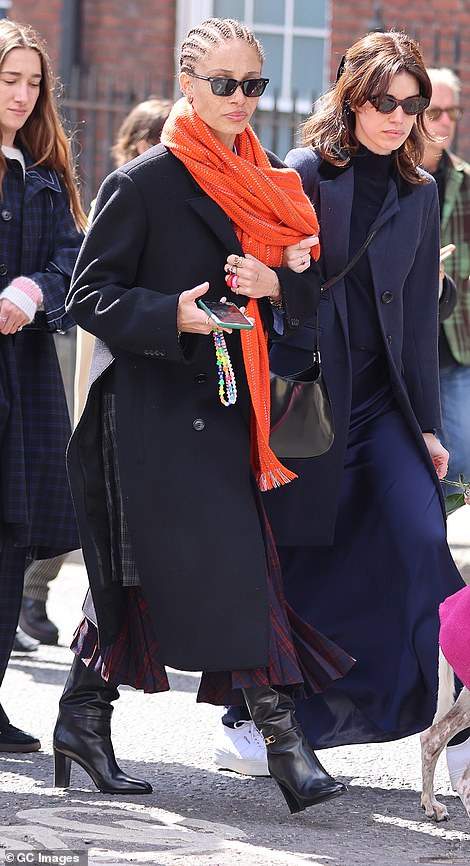 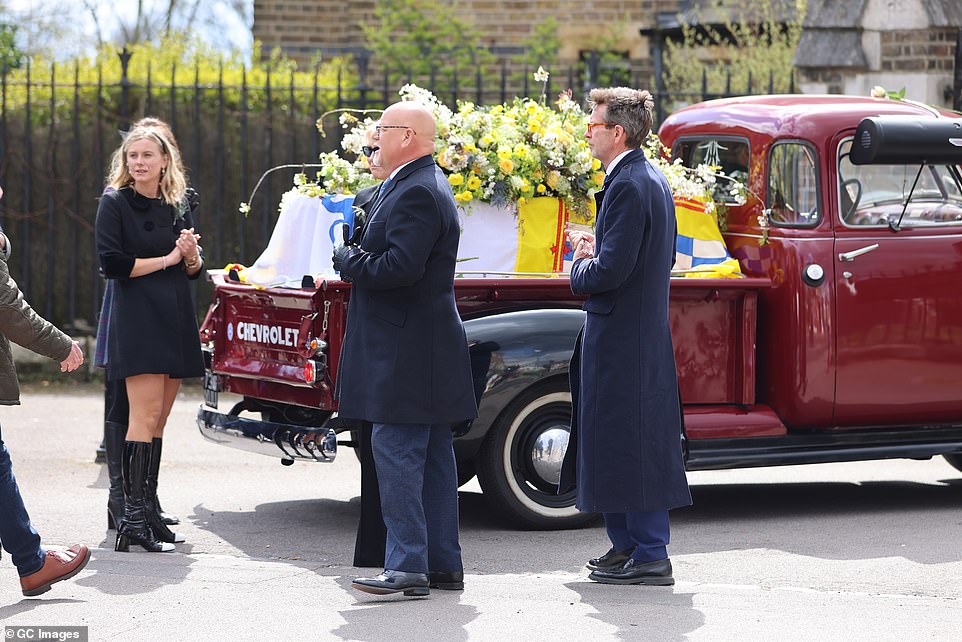 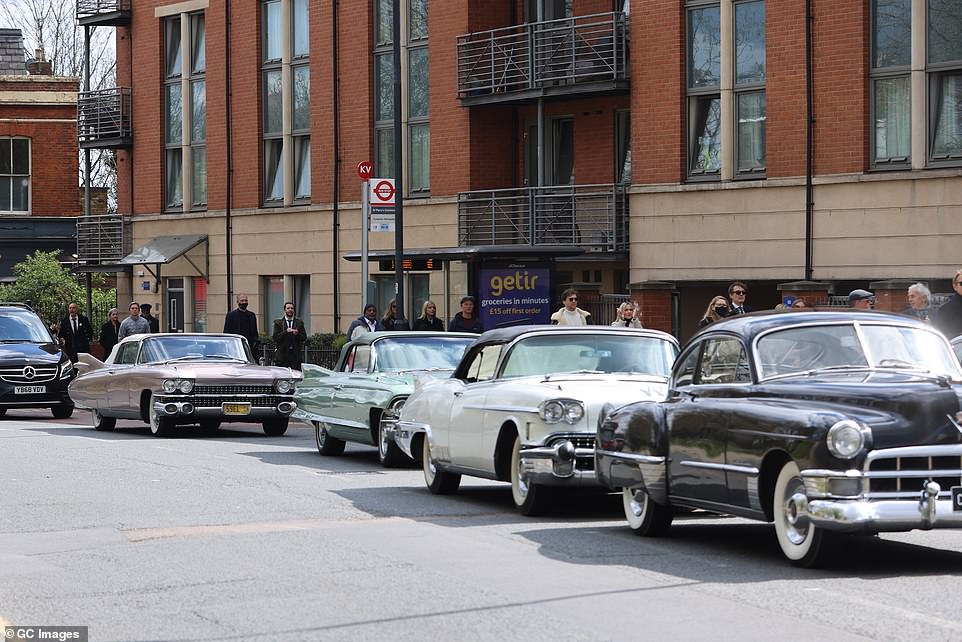 The former racing driver, who once won the coveted British F3 Championship, had a passion for restoring and driving classic American cars.

In an interview with Motorsport Magazine from earlier this year, the Marquess discussed how he once purchased a 1949 Series 62 fastback coupé Cadillac which drove round London and featured in the procession.

He also discussed driving the classic the 1954 Chevrolet pick-up truck when he needed to get around the capital.

The 62-year-old, whose ancestral family residence is Mount Stuart House on the Isle of Bute, told his favourite memory from racing was winning the F3 championship in 1984. He retired from the sport in 1991. 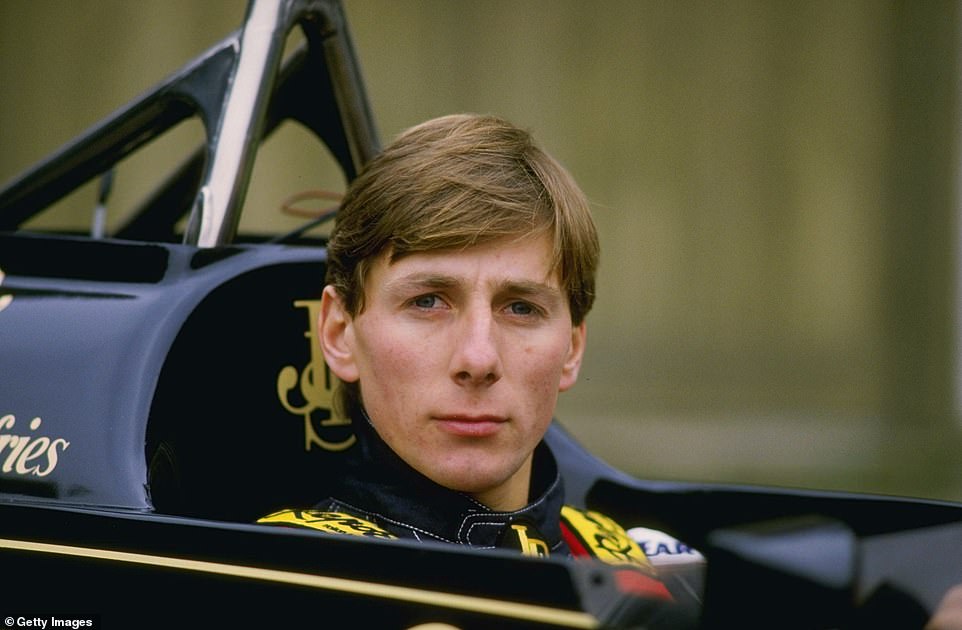 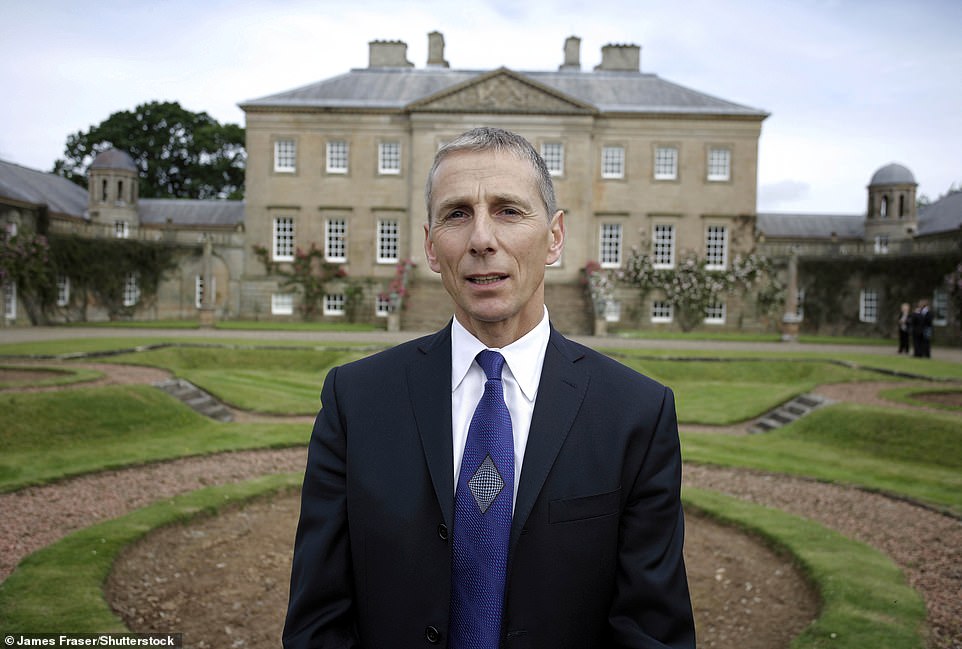 The Marquess of Bute, also known as Johnny Dumfries, said his favourite memory from racing was winning F3 Championship 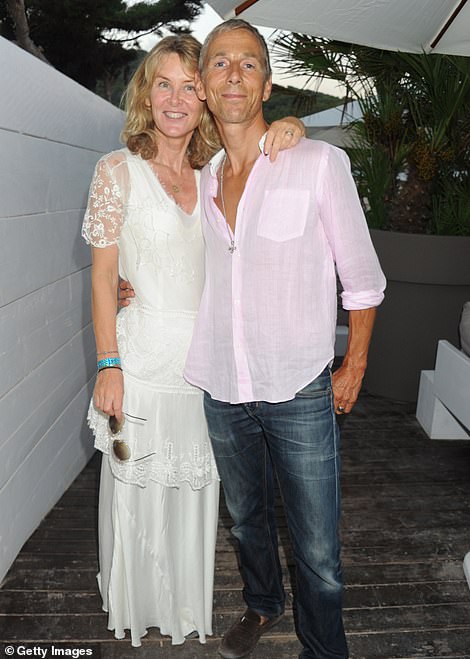 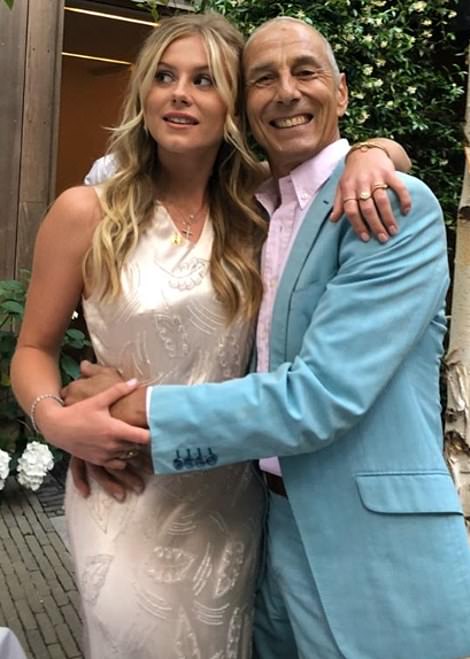 ‘Loved by all’: Mr Bute, pictured (left) with wife Serena, Marichoness of Bute, and (right) with his daughter Lady Lola, died aged 62 and was praised as a ‘devoted father’ in a touching tribute from his family shared after his death last month

In a statement issued after his death, his family issued a statement this afternoon describing him as a ‘devoted husband, father, brother, uncle, son and grandfather and loved by all’.

It said: ‘The indomitable spirit and energy which Johnny brought to his life will be greatly missed, and the immense warmth and love with which he embraced his family.

‘His heart was firmly rooted on the Island of Bute where he spent much of his time.

‘Johnny chaired the Board of Mount Stuart Trust from its active inauguration in 2005 when Mount Stuart and its gardens opened to the public, and its rural estate was vested into the charitable trust. 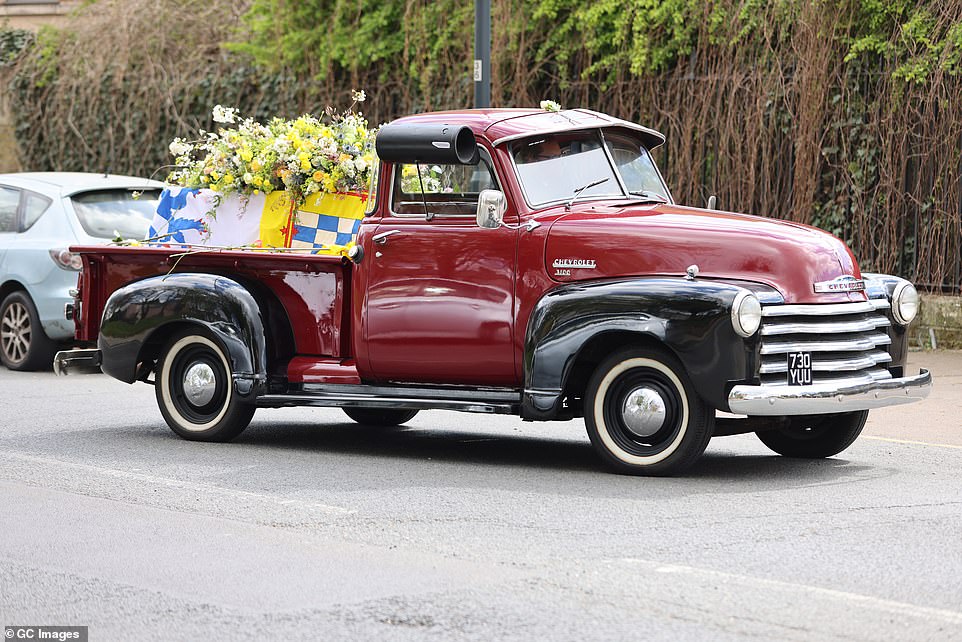 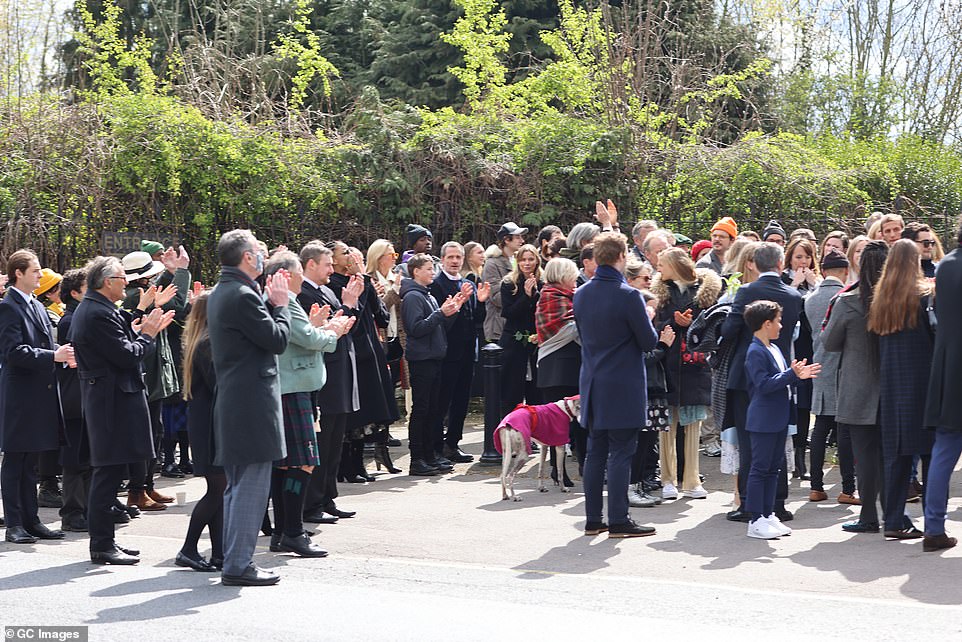 Guests applauding as the funeral procession reaches Kensal Green Cemetery, in North Kensington, during the funeral

‘He was a moderniser and an inspirational thinker, transitioning a family home to a progressive, working visitor facility and estate.

‘His island projects include the internationally respected Bute Fabrics and, most recently, the Kerrylamont Centre for Rural Excellence and Bute Yard. He was a philanthropist through his foundation, particularly focusing on Scotland and the West Coast.

The Marquess, worth an estimated £125million, leaves behind his wife Serena Wendell and four children.