This is the shocking moment a furious child kicks a car that knocked down his mother at a zebra crossing.

The footage, captured in the Dadukou District, Chongqing, China, on December 4, shows the vehicle continue to move forward as pedestrians cross in front of it before knocking over a child and his mother as they cross the busy road.

After he is forced to the ground with his mother, the child rises to his feet and checks his mother is unharmed before furiously shouting at the driver responsible. 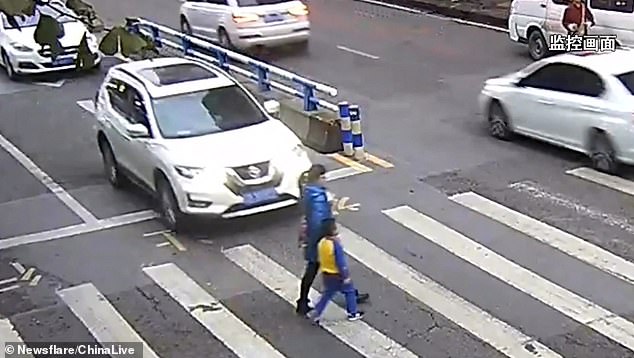 Shocking footage, captured in the Dadukou District, Chongqing, China, on December 4, shows the moment a child and his mother are knocked down at a zebra crossing 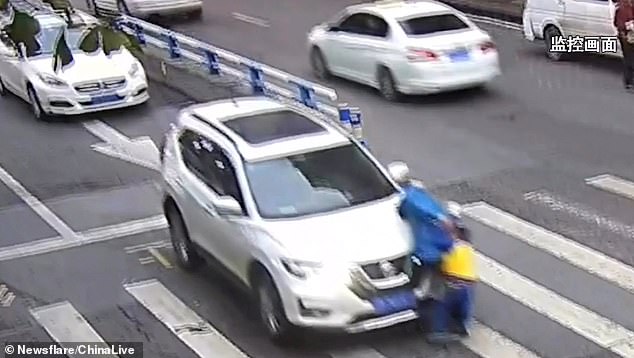 During the clip, the young boy and his mother are seen crossing the busy road at the zebra crossing before a white 4×4 vehicle crashes into them.

The pedestrians are pushed to the ground as shocked passers-by look on in horror.

After checking his mother for injuries, the boy rushes over to the car and kicks its bonnet before shouting at the driver.

He then returns back to his mother’s aid before running over to the driver and shouting at him once more.

The driver immediately steps out of his car and attends to the injured mother as she tries to get to her feet.

The woman was later taken to hospital and police have determined that the driver was fully responsible for the accident. 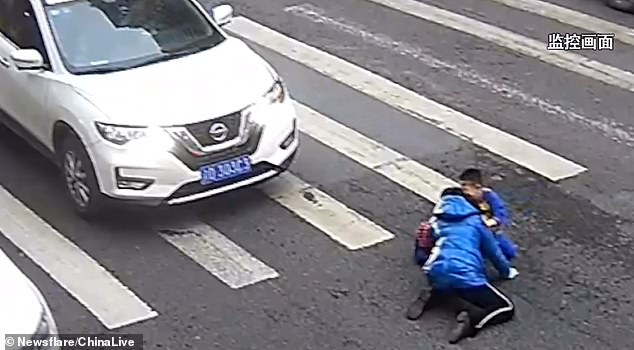 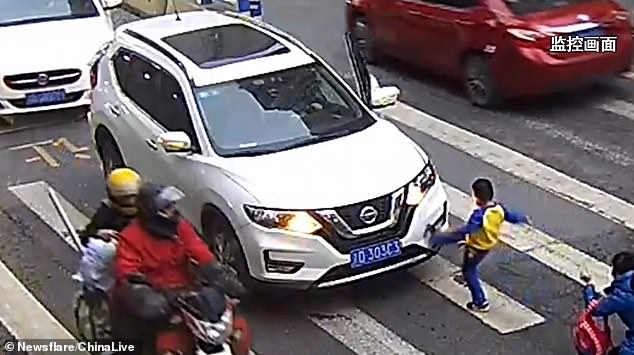 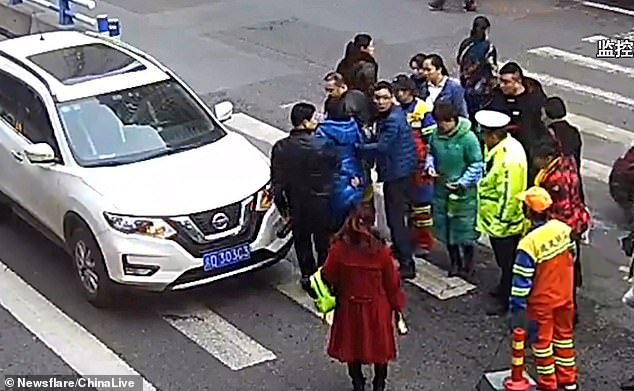