MALAYSIA'S former prime minister Mahathir Mohamad has sparked fury, claiming that Muslims have a "right to kill millions of French people for the massacres of the past".

The 95-year-old tweeted moments after France was hit by two suspected terror attacks in Nice and Avignon today amid a furious row over the controversial cartoons of Prophet Mohammed. 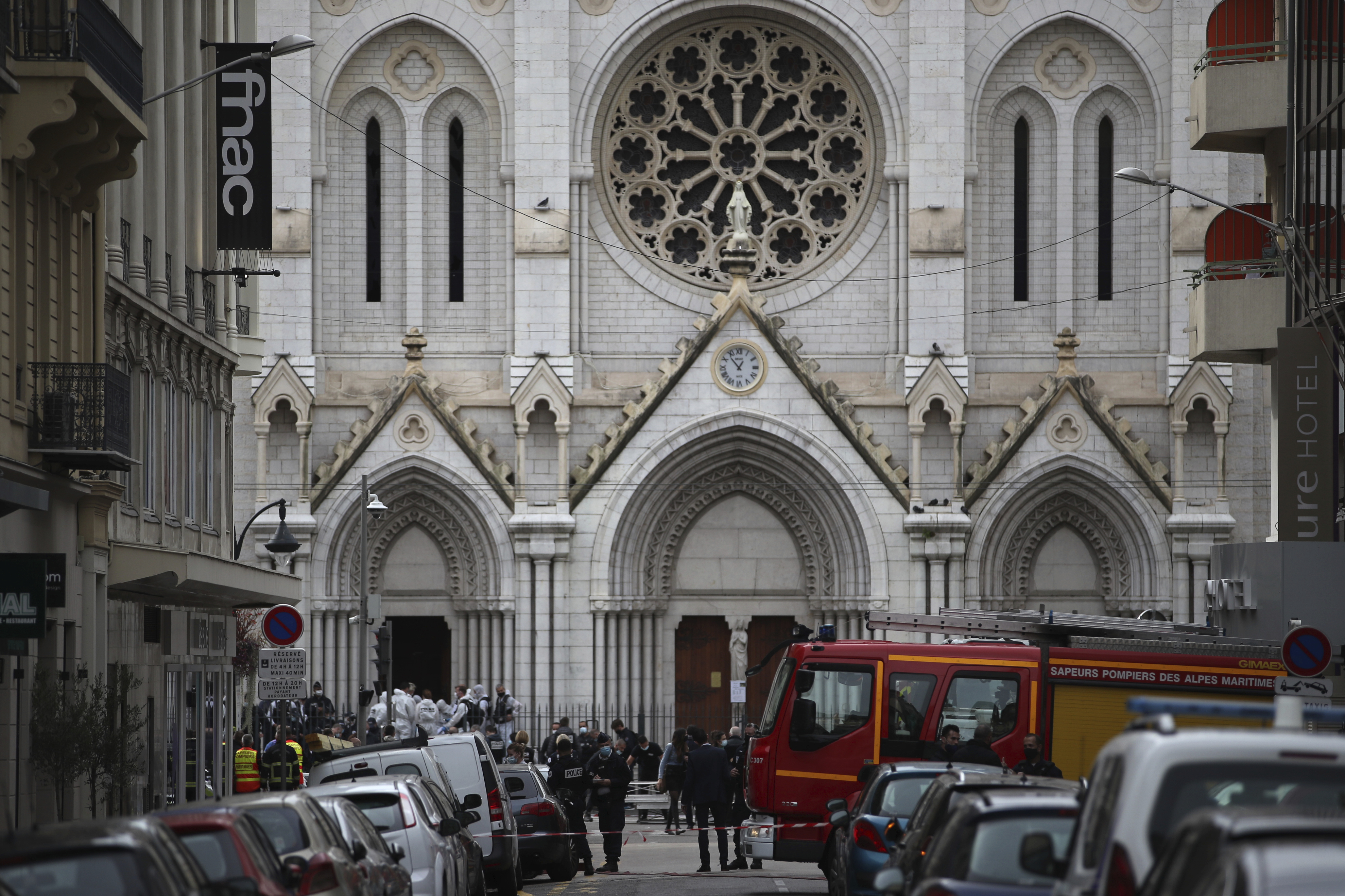 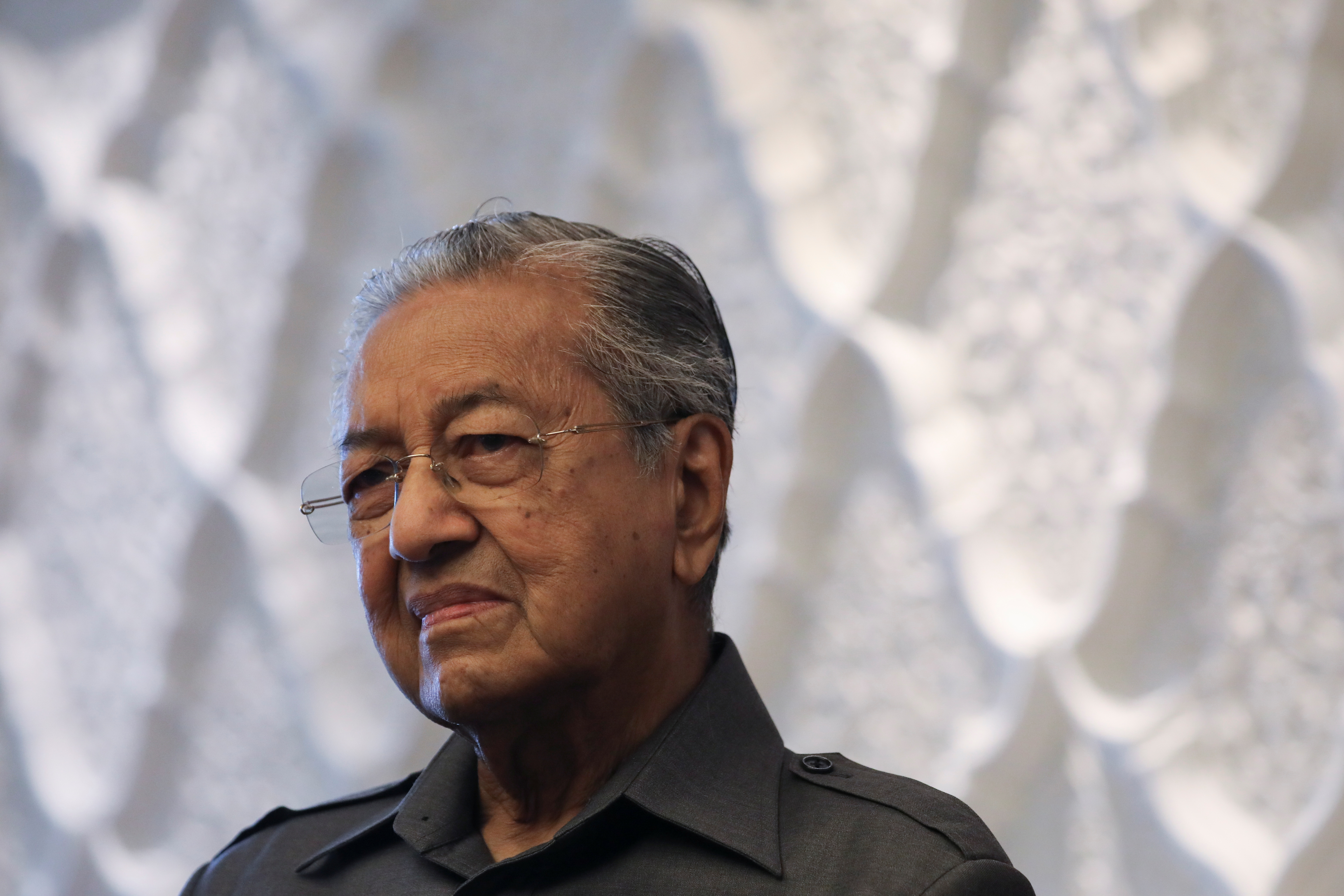 Mahathir, a respected leader in the Muslim world, said he believed in freedom of expression but it should not be used to insult others.

"Muslims have a right to be angry and to kill millions of French people for the massacres of the past. But by and large the Muslims have not applied the 'eye for an eye' law.

"Since you have blamed all Muslims and the Muslims' religion for what was done by one angry person, the Muslims have a right to punish the French."

Twitter said the post glorified violence but didn't take it down as it is in the public interest.

The tirade came just moments after three people were killed after a terrorist stormed the Basilica of Notre-Dame in Nice.

Hours later, police confirmed a man shouting "Allahu Akbar" while brandishing a knife was shot dead 160 miles away in Avignon. 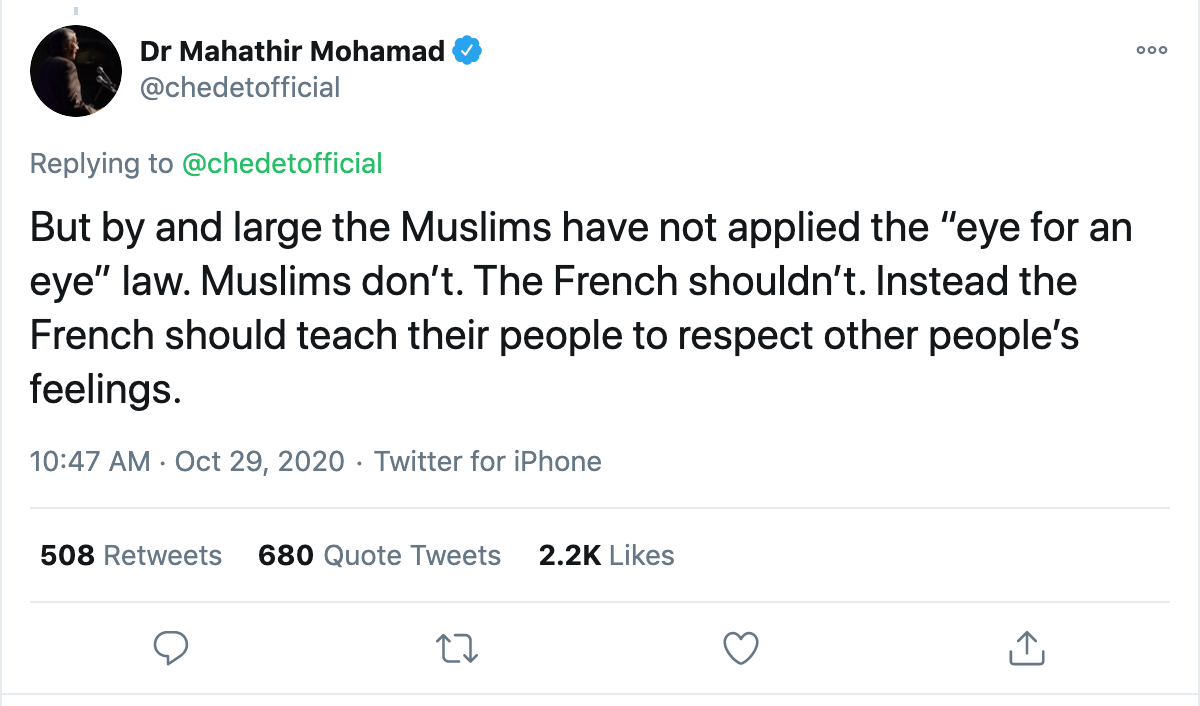 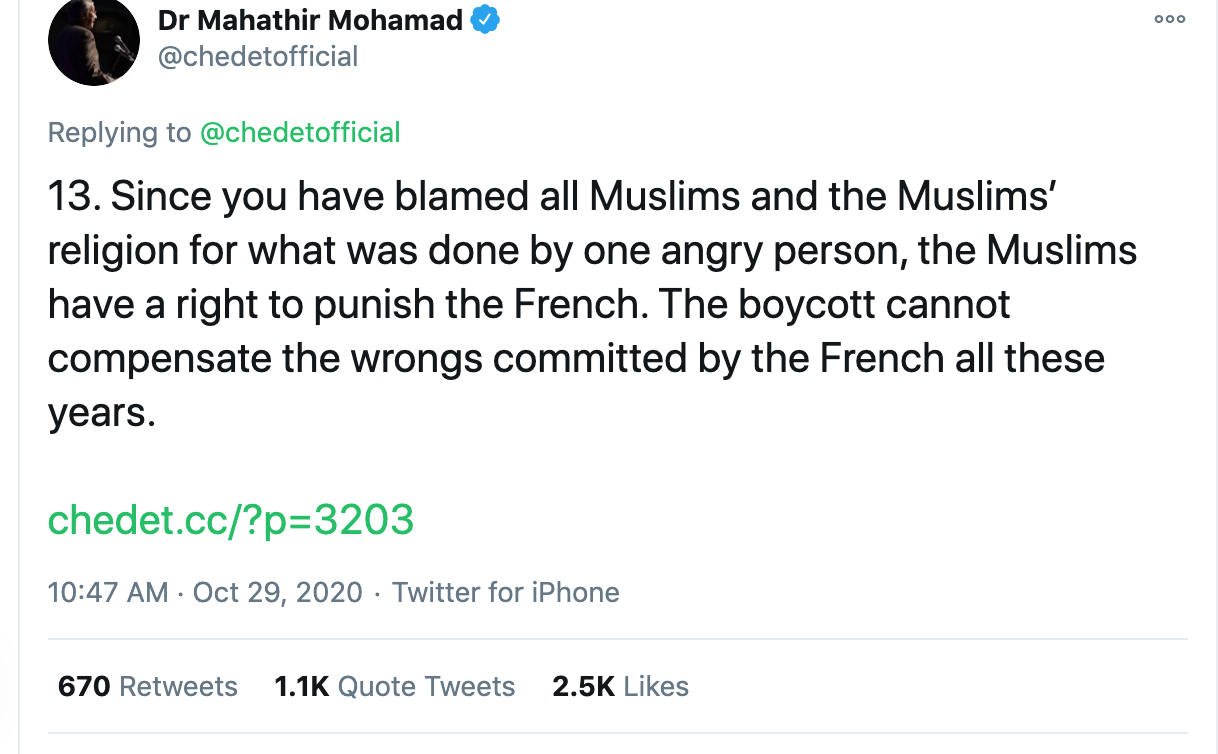 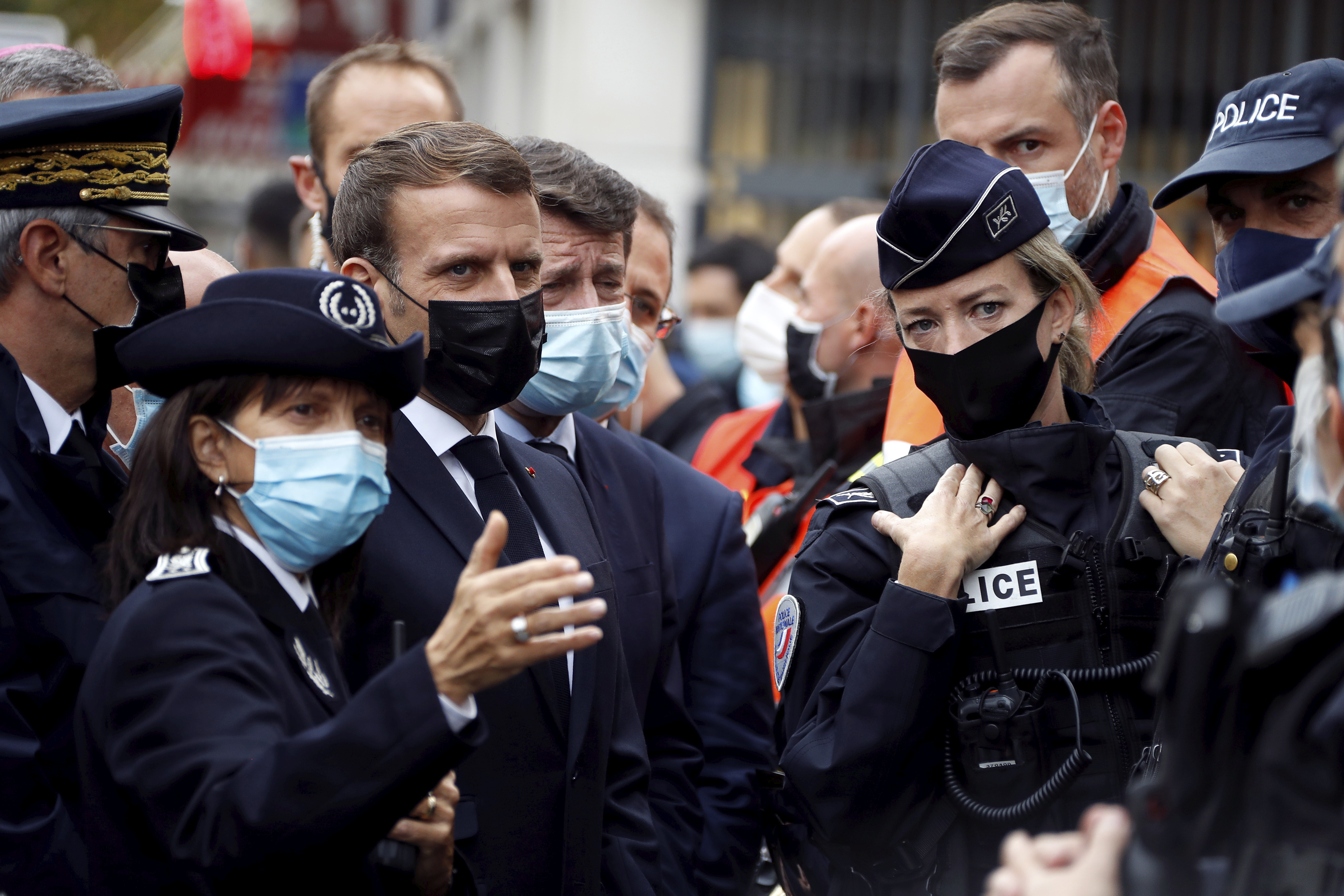 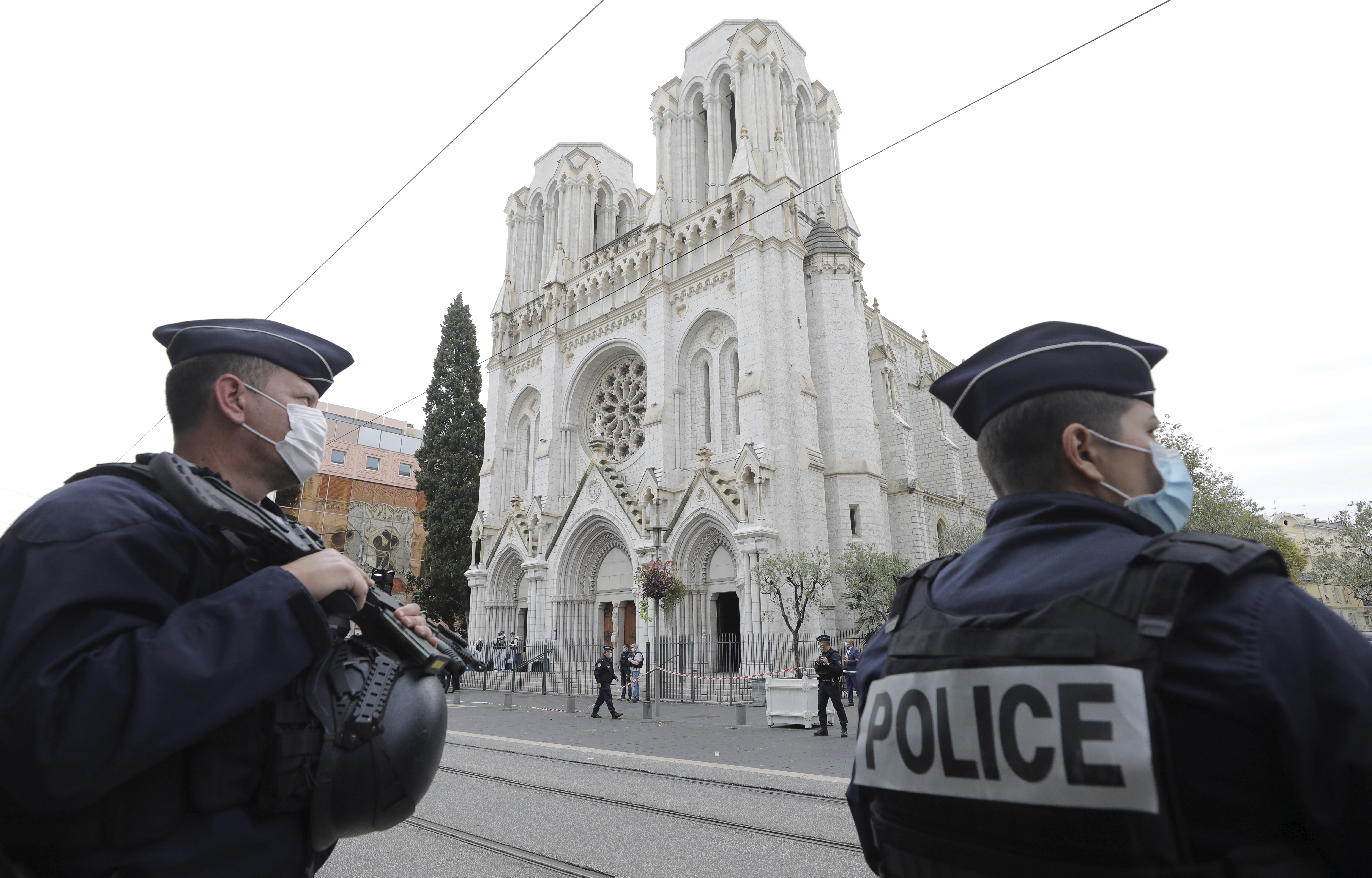 Meanwhile, a security guard at the French Consulate in Jeddah was stabbed and left with minor injuries.

He denounced the Nice bloodbath as an "Islamic terror attack" and defiantly said the nation would not "give up on our values".

Security fears in France are heightened due to the ongoing row over cartoons of the Prophet Mohammed published by the satirical magazine Charlie Hebdo.

France has provoked the ire of Iran and Turkey  in particular as it has taken a tough line in defending the cartoons of the prophet.

Depictions of the Prophet Mohammed are offensive to Muslims and there are calls for a boycott of French goods in Islamic countries.

Samuel Paty, 47, was beheaded by 18-year-old Abdullah Anzorov on October 17 after using the cartoons to teach his students about the importance of free speech.

Prophet Mohammed cartoons have since been displayed in France in solidarity with Paty to defend what many in the country see as its values of free speech and secularism.

The 95-year-old claimed he did not "approve" of that attack but said that freedom of expression does not include "insulting other people".

"Irrespective of the religion professed, angry people kill," he said.

"Macron is not showing he is civilised," the former premier tweeted.

"He is very primitive in blaming the religion of Islam and Muslims for the killing of the insulting school teacher.

"It is not keeping with the teachings of Islam."

Last week, the French president vowed that "Islamists would never take our future".

Speaking at a memorial event at Sorbonne University, in front of Paty's coffin, President Macron said the teacher was killed by "cowards" for standing for France's secular, democratic values.

Surrounded by the victim's former pupils and fellow teachers, Macron said: "He was killed because Islamists want our future", before adding "they will never have it."

The latest attack on Nice comes after 86 people were killed in the city when a terrorist rammed a 19-tonne cargo truck through crowds on Bastille Day in July 2016.

And the bloodshed in the church is a chilling echo of the murder of 85-year-old priest Jacques Hamel, who had his throat slit by two extremists at his church in Normandy that same month.

It follows both the murder of Paty and the stabbing of two people outside the former offices of Charlie Hebdo in Paris. 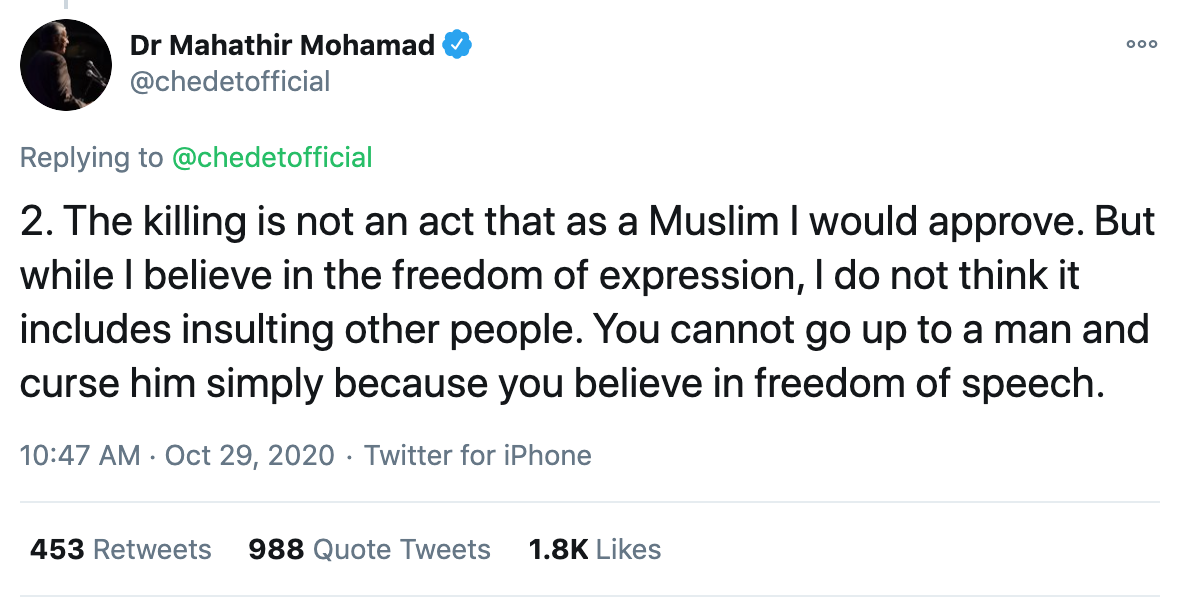 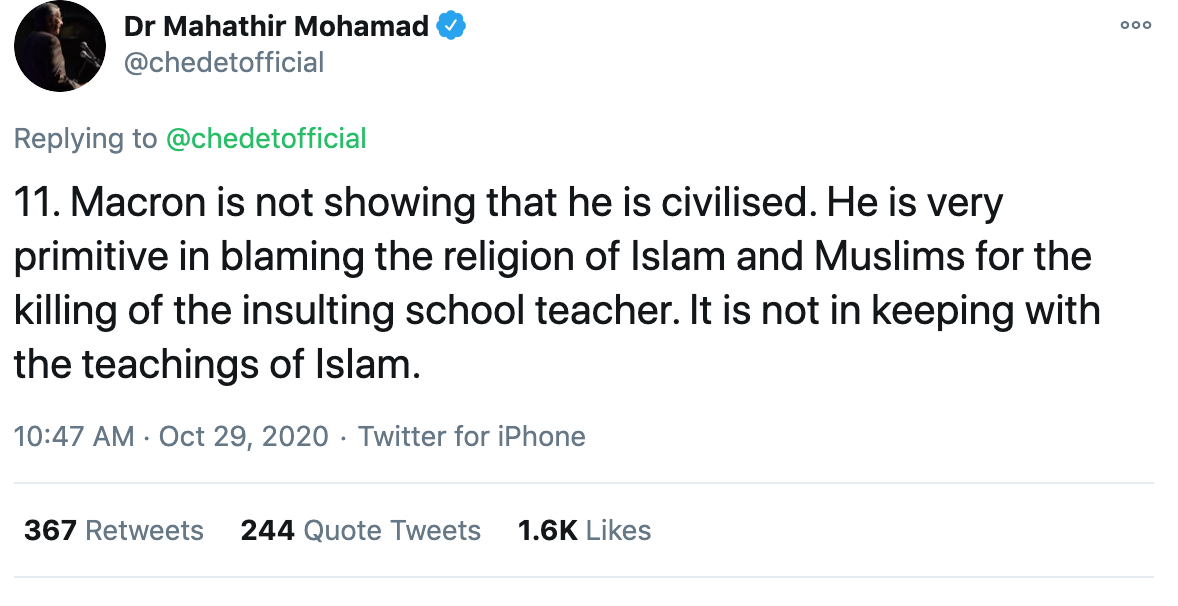 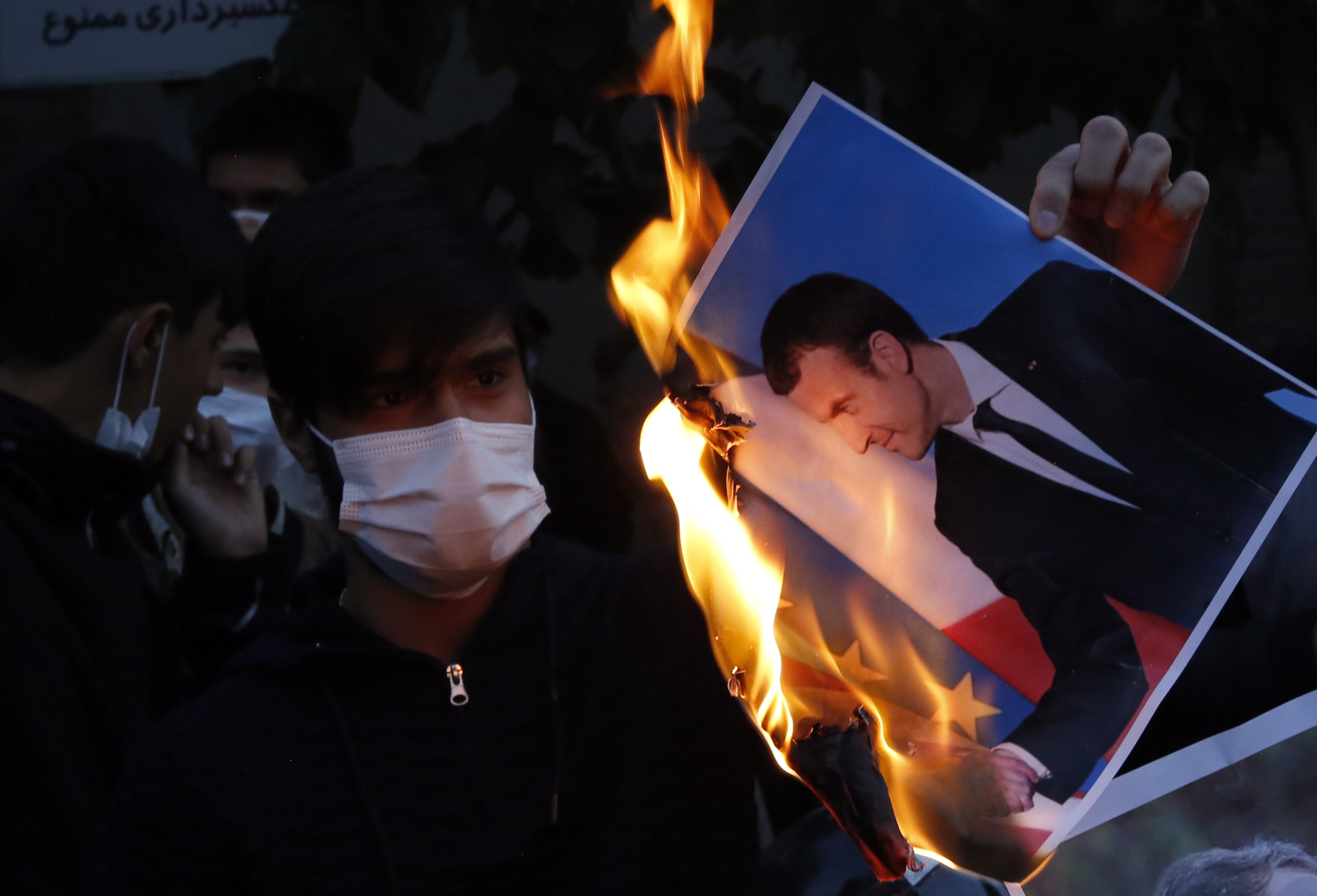 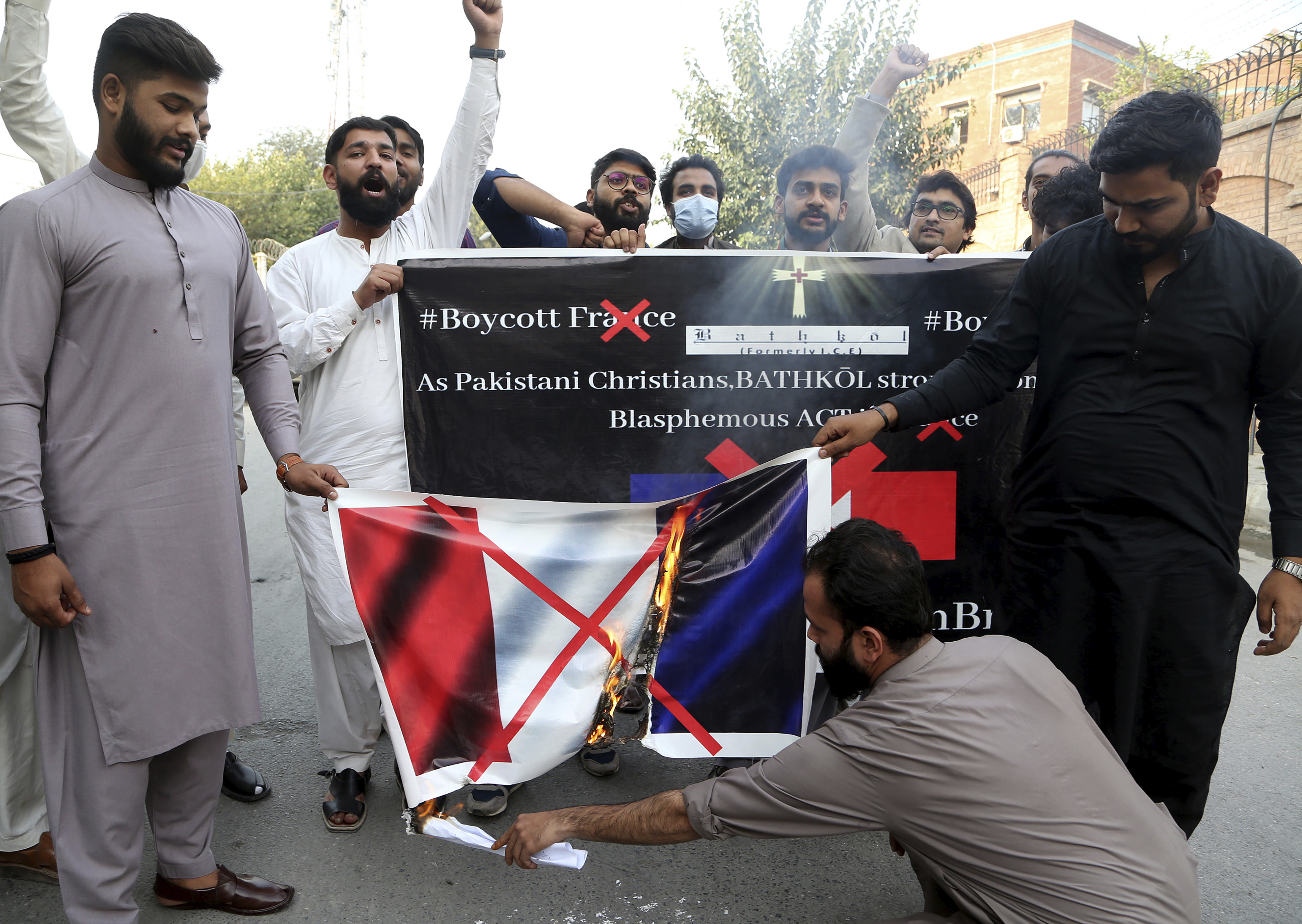 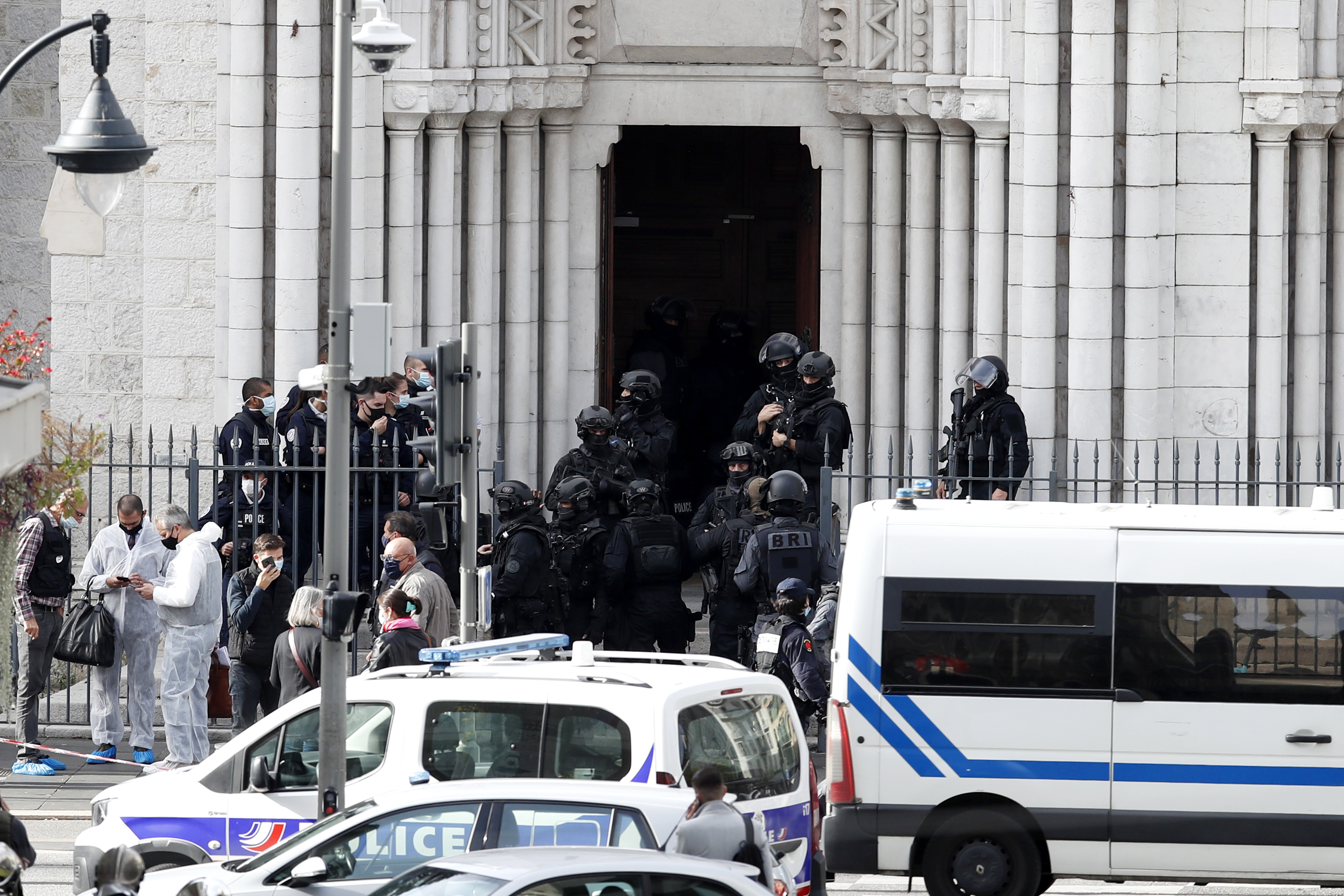