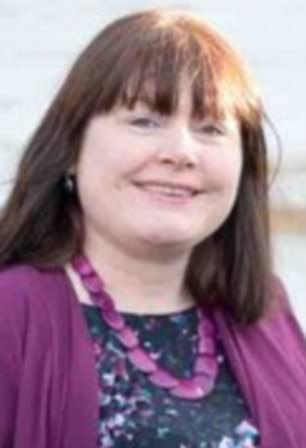 A school has been branded ‘draconian’ after it banned all packed lunches and only water, Halal meat, gluten-free food and salads.

Aureus School, in Didcot, Oxfordshire, has come under fire from parents for its strict stance on its food policy.

Packed lunches are banned and pupils and staff sit down to eat in the canteen together with an emphasis on eating healthily and socially.

Students and staff get to choose from eating a hot Halal meat meal, hot gluten-free vegetarian meal, a jacket potato, a salad, a pasta pot or a baguette.

The school insists that only water may be drunk on site because ‘hydrated brains learn better’ and that Halal meat ‘celebrates the diversity of our country’s culture’.

But some parents hit out at the food policy and said the rules were ‘draconian’.

A father, who wished to remain anonymous, said: ‘We are thinking of taking her out of the school – it’s getting silly and more like a dictatorship. Their views are quite extreme.

‘It’s about choice. It’s supposed to be an inclusive school but they are only catering for one particular religion.’

He said the school’s insinuation that pupils would not otherwise get a sit-down meal at home, or would only eat unhealthy food, was ‘absolutely insulting’.

The father added that he had tried to get the policies changed since September but had been unsuccessful.

‘With all of the headlines about food banks and obesity, we are preparing our students for healthy lifestyles in the future.’

The school’s written frequently-asked questions addresses the food policies and states: ‘What we eat is a key influencer on our performance.

‘Sitting down to eat together once a day is an important part of our school culture and ethos.

‘All staff sit and eat, but also bond and talk, with our students. These relationships are key in nurturing our school community.

‘By ensuring that all students have access to a daily nutritious home-cooked family meal we ensure that all have this equality of opportunity.’ 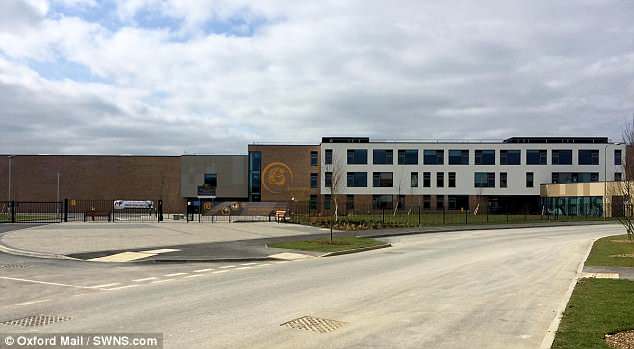 Aureus School, in Didcot, Oxfordshire, has come under fire from parents for its strict stance on its food policy

Reiterating the Halal kitchen policy, the document states this is to ‘celebrate the diversity of our country’s culture’.

In 2013 a Government-backed report compiled by the founders of restaurant chain Leon encouraged more headteachers to consider banning packed lunches.

It stated: ‘We were approached by many free schools who wanted advice on setting up a first-class food service.

‘Among other things, we always advised them to ban packed lunches from the start.’

The report noted the rising obesity rates with children and added: ‘Many parents mistakenly imagine that a packed lunch is the healthiest option.

‘In fact, it is far easier to get the necessary nutrients into a cooked meal – even one of mediocre quality.

‘Only one per cent of packed lunches meet the nutritional standards that currently apply to school food.’