A horrifying video emerged on Saturday that purportedly shows a gang affiliated with El Chapo’s Sinaloa Cartel beheading a man and then dumping the severed head outside a government building in the state of the state of Quintana Roo, Mexico.

The victim is reportedly from a rival cartel, part of a series of escalating turf wars in the country.

In the video, five supposed members of the Gentes de Aquiles (Aquiles’ People) gang, one of 10 cells loyal to El Chapo’s syndicate, are shown beating the victim and driving his head towards the ground before a slow decapitation with a saw. 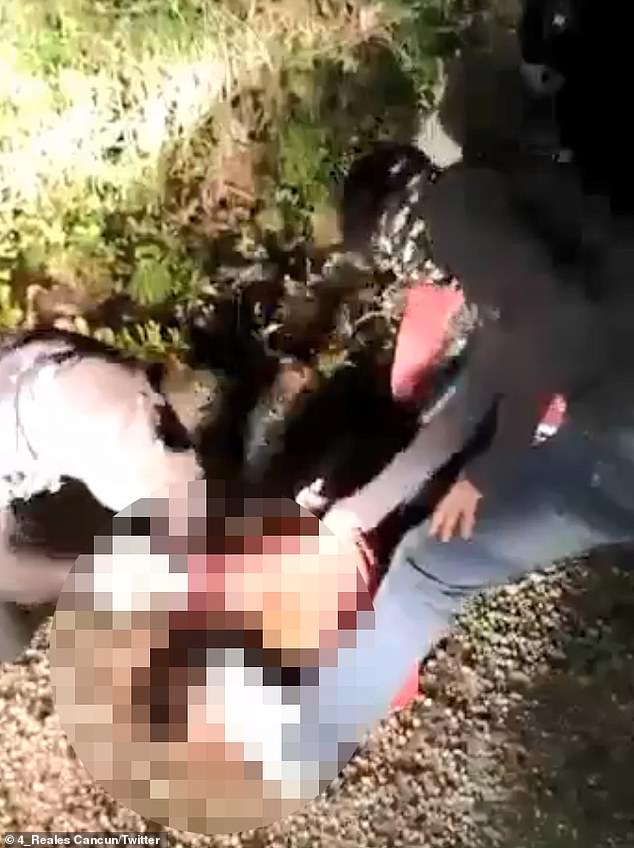 Suspected members of a gang affiliated to El Chapo’s Sinaloa Cartel sawed off a male rival’s head, recording the frightening moment on a video before it was uploaded to social media 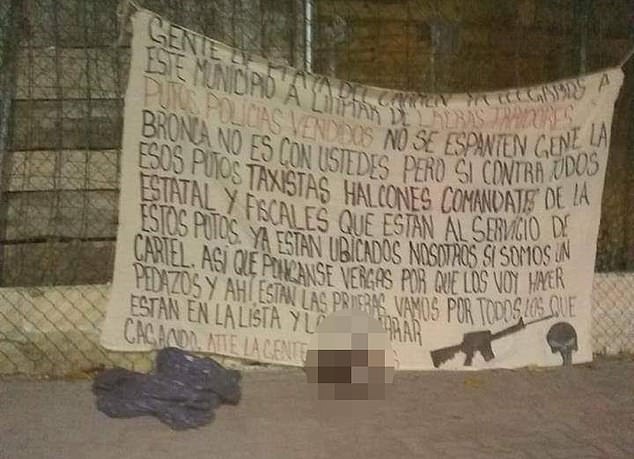 Cops responding to a 911 call in Playa del Carmen, Mexico, found a severed head next to a tarp, which included a warning message to corrupt cops and government officials

The barbaric act is believed to have happened on Friday at 3am local time.

State cops cordoned off the area around the severed head but were not able to make any arrests.

The name of the victim has not been publicly released.

The decapitated head was bound with tape and placed next to a sign that was intended to serve as a warning for corrupt cops and government officials working with rival criminal organizations. 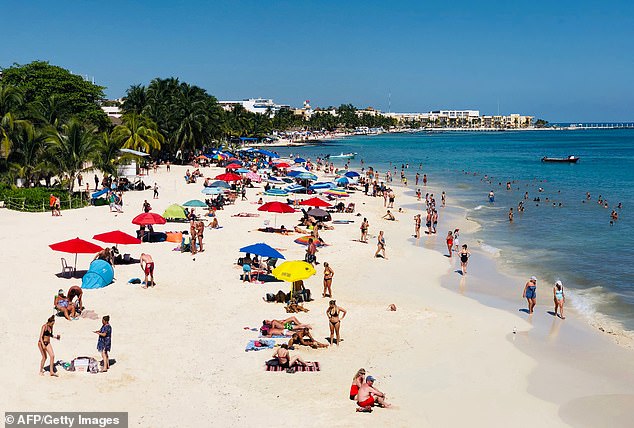 Playa del Carmen is located in Quintana Roo, the fourth most dangerous state in Mexico, according to the 2018 Global Peace Index 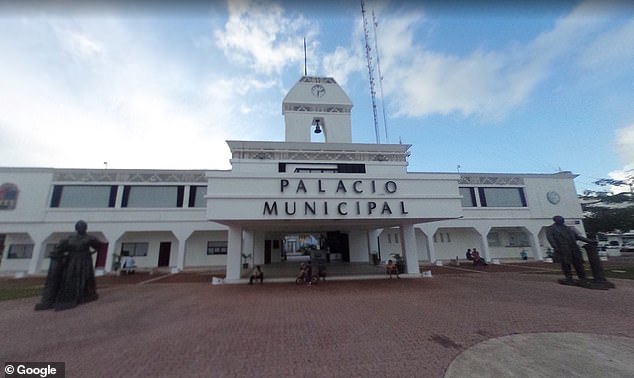 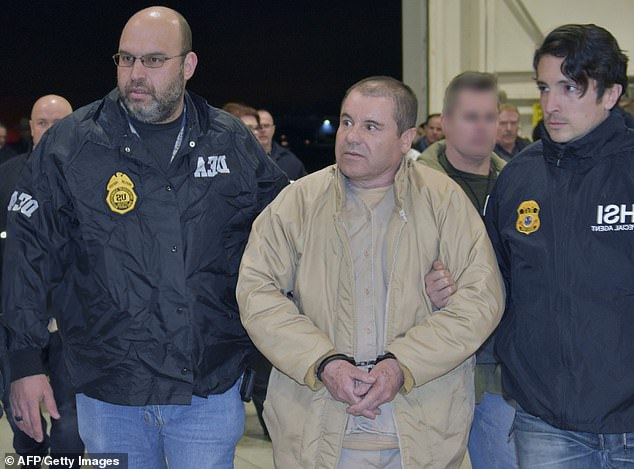 ‘To the people of Playa del Carmen, we have already come to this city to wipe out the traitors and f****** corrupt police. Do not be scared, the problem is not with you but against all those taxi drivers, state leaders and prosecutors who are at the service of these [gangs] and they have been located. We really are a cartel, so watch out because I am going to chop you all into pieces and the proof is there. We’re coming for everybody that is on the list and I will catch you all with your pants down.’

Mexico suffered a record-high number of assassinations in the first two months of 2019.

The Executive Secretariat of the National Public Security System said 5,803 people were killed in January and February, a 13 per cent increase from the same period in 2018.

An average of 92 assassinations were registered every 24 hours in the first month of of 2019, spiking in February to 100 victims each day.

According to the 2018 Global Peace Index, the Quintana Roo is Mexico’s fourth most violent state, tallying 3,720 murders.