Gareth Bale’s fiancée’s best friend, 30,must pay back just £10 of the £100,000 she pocketed from money laundering as she tried to keep up with the glamourous WAG lifestyle 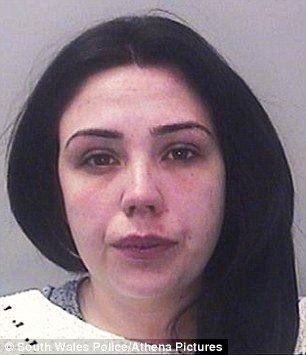 Emma Rhys Jones’s best friend Emma Cummings, 30 (mugshot pictured) was jailed for 18 months for her part in an international scam that stretched from Dubai to India, New Zealand and Canada

Gareth Bale’s fiancee’s best friend will only have to pay back £10 of the £100,000 she laundered to fund her copycat WAG lifestyle.

Emma Cummings, 30, was jailed for 18 months for her part in an international scam that stretched from Dubai to India, New Zealand and Canada.

She pocketed £104,135 from the operation, which she spent on several expensive cars and holidays, as she tried to emulate her friend Emma Rhys Jones’s glamorous lifestyle.

The mother-of-two walked free from prison after just six weeks when a judge decided to take pity on her children and suspend her sentence in March.

But now it has emerged she is only required to pay back £10 after spending almost every penny.  A Proceeds of Crime hearing at Newport Crown Court was told this week that there was no money left in her account.

Judge Daniel Williams ordered Cummings to repay a nominal £10 or be jailed for one day. 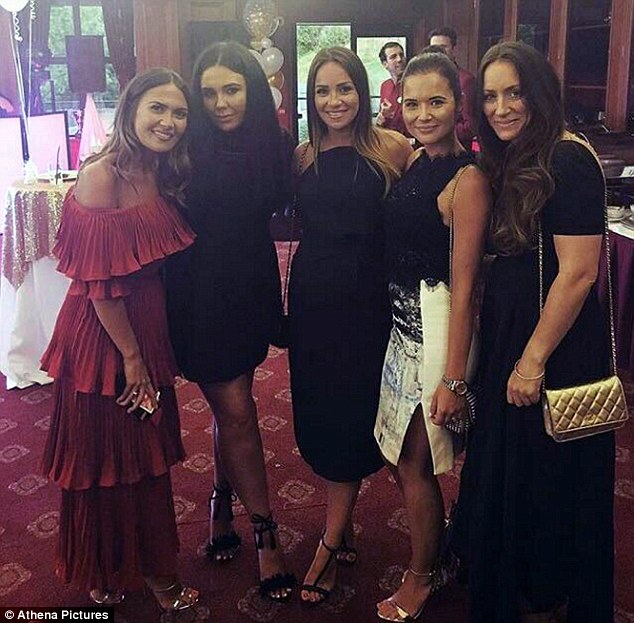 Cummings (pictured second left) was best friends with Bale’s fiancee Emma Rhys Jones (far left). They were seen on holiday together and Cummings tried to emulate her WAG lifestyle

She used the money she stole to buy a fleet of top-of-the range Porsche, Mercedes, Audi and BMW cars and invested in property – all paid for with cash.

She was often seen driving around in a black Porsche and started going on holiday in Dubai and Las Vegas after getting involved in the money laundering operation. She also invested in property.

Conservative MP for Monmouth David Davies today hit out at the court’s minuscule demand from her criminal gains.

He said: ‘This is a ludicrous decision which sends out the wrong message to would-be criminals. People will see this as a licence to go out and commit fraud.’

John O’Connell, Chief Executive at the TaxPayers’ Alliance, added: ‘Ordinary taxpayers will rightly be outraged that someone who cheated the system will get away with only paying £10.

‘People who cheated and broke the rules should not get to benefit from their crimes, especially not at the expense of taxpayers. This will not feel like justice to taxpayers.’

Real Madrid star Bale and his ex-hairdresser fiancee Emma are believed to have distanced themselves from Cummings after she was jailed in February.

A source close to the couple said: ‘Emma was in tears when her pal was locked up but she has been advised to back off.

‘They used to be great mates and went on holiday together a few times.

‘Emma Cummings loved being seen with the Bales but that may have been her downfall.

‘She wanted all the trappings of being a WAG but didn’t have a famous footballer to pay for it.’

Cummings was on the guest list for the couple’s fairytale wedding in Tuscany, Italy, before it was postponed until next year.

The wedding was delayed because of ‘family turmoil’ after relatives found themselves caught up in a drugs gang vendetta over a missing suitcase containing £750,000. 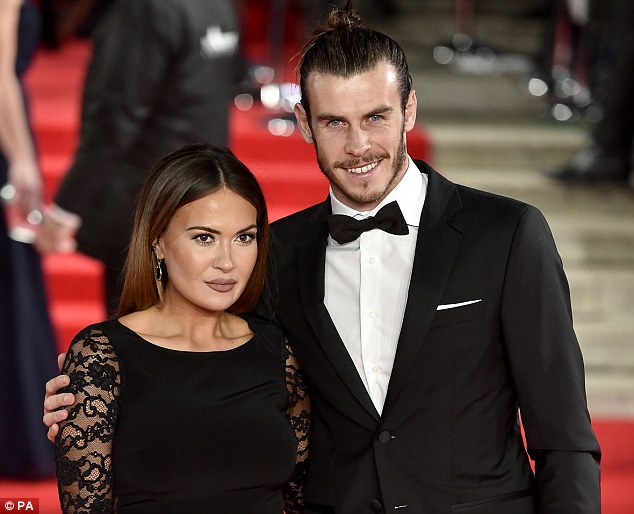 Cummings was on the guest list for the couple’s (Bale pictured with Rhys Jones) fairytale wedding in Tuscany, Italy, before it was postponed until next year

Emma’s father Martin Rhys-Jones, 53, has recently been freed from a six year prison sentence in the USA for fraud.

The couple uninvited him from their wedding along with other family members who were involved in a missing suitcase containing £750,000 of drug money.

Cars belonging to the grandparents and aunt of Ms Rhys Jones were torched in 2016 while petrol was poured through another aunt’s home in north Wales.

It was understood to be part of a feud with a drugs gang after Ms Rhys Jone’s cousin Epiphany Dring – a former glamour model – disappeared allegedly carrying a suitcase full of cash, plus drugs and watches believed to make the full contents worth around £1million.

Bale’s brother-in-law killed himself while being investigated by social services over his children, an inquest was told earlier this year. 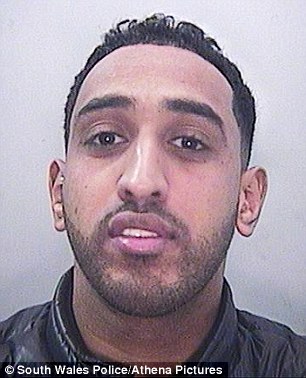 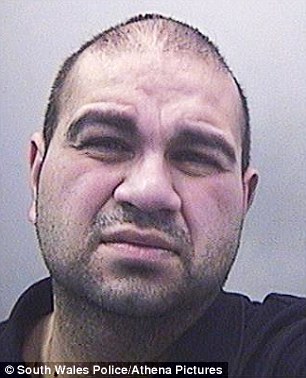 Earlier this year police and the Inland Revenue began monitoring Cummings and boyfriend Ebrahim Ege, 33, as part of Operation Dogstar when her spending escalated.

The pair were found guilty of money laundering at Newport Crown Court after paying more than £500,000 into the banking system.

Cummings, of Rhiwbina, Cardiff, was jailed for 18 months – her former boyfriend Ege, of Cardiff, was given four years.

But she was freed six weeks later when London’s Appeal Court took pity on her because the jail sentence was having a ‘devastating effect’ on her children.

Cummings sobbed as she was ordered to carry out 100 hours unpaid work instead.

‘Emma Cummings used her bank accounts to launder funds and her name was used to register vehicles or property.’