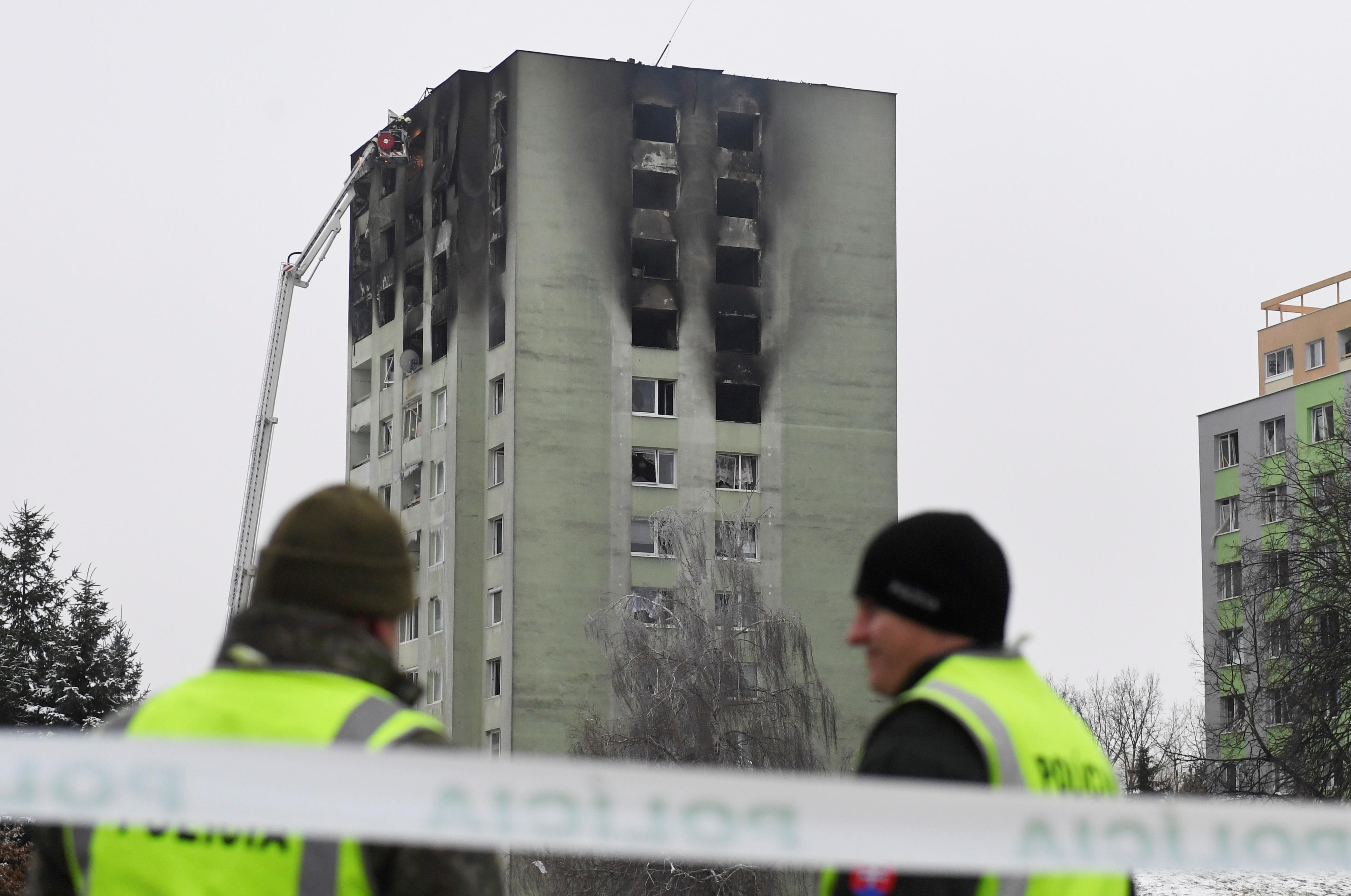 BRATISLAVA (Reuters) – The death toll from a gas explosion which shook an apartment block in the eastern Slovak town of Presov rose to least seven people, the local fire department said on Saturday, adding that shoddy reconstruction had complicated rescue efforts.

Fire ripped through the top five floors of the 12-storey building on Friday, causing the roof and a staircase of the block to cave in, possibly caused by a build-up of combustible gas from a leak.

One person, who may have been trapped on the top floor where the blast and subsequent fire hit the hardest, is still missing, the fire department said.

“Overall, we assume that the number of fatalities on site is eight, seven confirmed and located (so far),” the state fire department state headquarters said in a statement on Saturday.

The rescuers evacuated 34 people from the building. Their efforts were complicated by faulty reconstruction, the local fire chief said at the site.

“The firefighters did not agree with construction changes made in 2017. Some regulations were breached. That could have caused the collapse of the staircase, where we could not evacuate,” Commander Jan Golias told reporters.

Presov Mayor Andrea Turcanova said at the site of the accident the town of nearly 90,000 had suffered its biggest tragedy in half a century.

The government of Prime Minister Peter Pellegrini has approved a 1 million euro ($1.10 million) aid package to help families affected by the fire and to stabilize the structure, the government’s press department said on Saturday.