One in five entries has been awarded a top grade in the new GCSEs after results were manipulated to make sure no one is ‘disadvantaged’ by the tougher content.

As hundreds of thousands of pupils travel to their schools today to pick up their results, regulators are being accused of ‘covering up the true marks’.

Watchdog Ofqual told exam boards to set grade boundaries low to make sure around 20 per cent of entries get at least a grade 7 – roughly the equivalent of the old A. 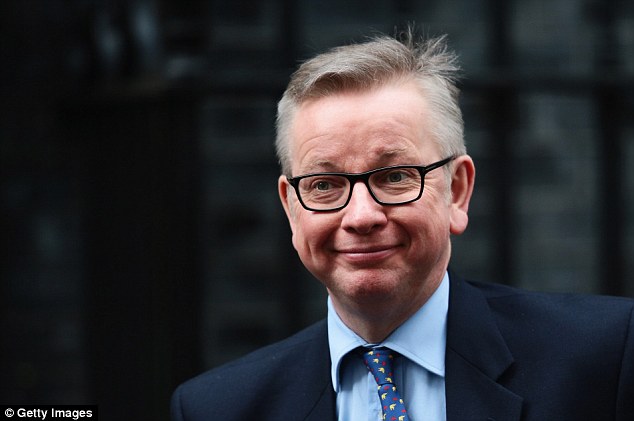 Around two thirds will get at least a 4 – which is aligned with the old C. In some courses, for example the higher tier maths paper for brighter pupils, entrants may be required to get only around half the marks to get a 7, or 17 per cent to get 4.

School of hard knocks! Britain’s strictest headteacher says exam stress is GOOD for pupils because it helps prepare them prepare for ‘real life’

Exam stress is good for pupils because it helps prepare them for life’s knocks, according to a woman dubbed Britain’s strictest head.

Katharine Birbalsingh said those taking the tougher GCSEs would benefit from the added pressure.

The head, a champion of former education secretary Michael Gove, said the new exams would force schools to make sure children ‘learn their stuff’.

Miss Birbalsingh, whose Michaela Community School has hit the headlines in the past for its tough disciplinary measures, said: ‘I think exams are always stressful for children who haven’t prepared themselves well and who haven’t been prepared well.

‘It’s not like life isn’t going to give them knocks and kicks. They’ll learn all about feeling stress later on in life when they have to pay the mortgage and look after their children and so on.

‘The whole point of growing up is to grow and to learn how to deal with life’s stresses and come out the other side.’

This year, GCSE students were the first to sit new exams in most mainstream subjects, with the courses containing much more challenging content.

The changes, pioneered by former education secretary Michael Gove, were aimed at raising standards following years of grade inflation and ‘dumbing down’ under Labour.

Because the courses are so much harder now, scores were expected to drop significantly. However, this will be masked following Ofqual’s demand for the proportions of high grades to match those of last year.

Chris McGovern, from the Campaign for Real Education, said: ‘This is fraud. They are telling students they are good even if they are getting low marks. It is effectively a certificate in incompetence.

‘It is unacceptable. It is a deliberate attempt to cover up the true marks. Ultimately we need the truth, and we need transparency.

‘If we are to raise standards to the same level as those of other high-performing countries we cannot be fixing the grades like this.’

The grade boundaries for the new exams were provided to schools yesterday, but they will only be officially published today.

Despite the assurances from Ofqual that the majority of GCSE entries will get a 4, considered a ‘standard pass’, teachers were still complaining yesterday about how poor-performing students would not have their work credited.

Malcolm Trobe, deputy general secretary of the Association of School and College Leaders, said: ‘Our concern… is over those pupils at the other end of the scale who are taking exams which are harder than their predecessors and who have been told by the Government that a grade 4 is a ‘standard pass’ and a grade 5 is a ‘strong pass’.

‘That is a very demoralising message to those who achieve grades 1, 2 and 3, and the new system does not work very well for them at all.

‘We need to find a better way to credit their achievements.’

The association’s misgivings appear to be shared by pupils, according to poll commissioned by the National Citizen Service. 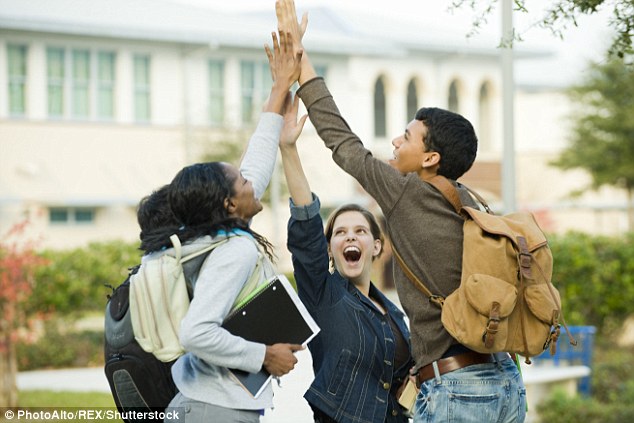 It questioned 1,000 14 to 17-year-olds and found two thirds felt the new system would not represent their grades as well as it should.

The new exams will be graded 1 to 9, and will mean there is more differentiation at the top since grade 9 will be harder to get than the old A*.

Ofqual chief regulator Sally Collier said today’s results will reflect the ‘considerable effort’ of schools and pupils. ‘Students picking up their results today can be confident they have achieved the grades their performance deserves.

We have used the tried and tested principle of comparable outcomes to ensure standards are maintained. Senior examiners have reviewed papers to make sure the quality of work is appropriate to the grades awarded.’ 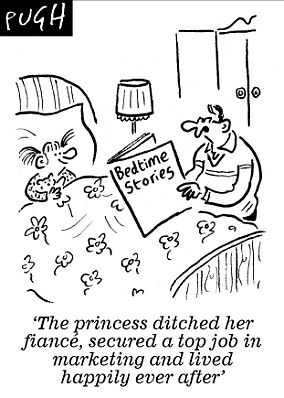 Having a high-flying career is now the top priority for girls, far ahead of having children, a poll suggests.

A survey of 3,700 girls aged nine to 18 at private schools found 36 per cent said ‘getting my dream job’ was their ultimate goal, while 18 per cent chose having a family. Nineteen per cent chose travelling the world, and 3 per cent buying a house.

Cheryl Giovannoni, of the Girls’ Day School Trust, which conducted the survey, said: ‘Girls today think work will be a very important part of their futures. They view themselves as future leaders.’

Confidence is a key factor in why girls do not take A-levels in physics and maths, a think-tank has said. Some may also be put off by the idea of being one of the only female pupils in a class, according to a study by the Institute for Fiscal Studies.