Royal page boys and bridesmaids revealed: Prince George and sister Charlotte will be joined by the three children of bride-to-be’s best friend and Harry and Meghan’s godchildren

Princess Charlotte and Prince George will be among the bridesmaids and page boys for Prince Harry and Meghan Markle’s wedding, it was revealed today.

The three children of Meghan’s best friend Jessica Mulroney – twins Brian and John, seven, and daughter Ivy, four – will also walk down the aisle on Saturday. Prince George and Princess Charlotte, pictured on the way to meet their new baby brother who was named Prince Louis, at St Mary’s Hospital in Paddington, London, on April 27 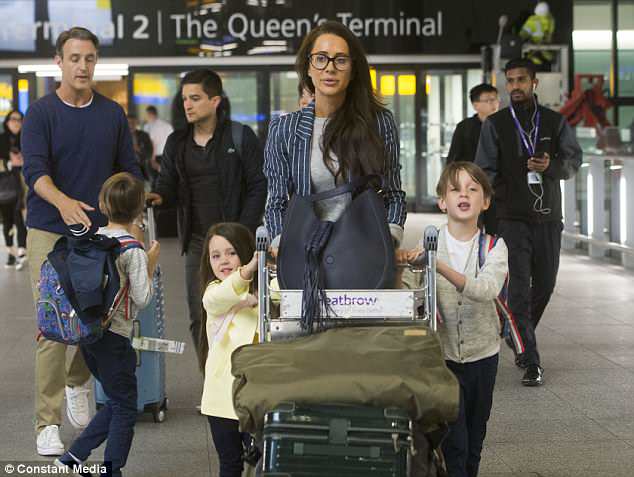 Kensington Palace announced this morning that Harry’s niece and nephew would be among Meghan’s young helpers at the nuptials in Windsor this weekend.

Charlotte, three, and four-year-old George are already skilled in the role, having performed the duty for the Duchess of Cambridge’s sister, Pippa Matthews, last year. Meghan is godmother to her friend Benita Litt’s two daughters Remi, six and Rylan, seven, and she is thought to have spent Christmas with the family in 2016 (pictured) Remi, six and Rylan Litt, seven, will be among the six bridesmaids at this Saturday’s wedding

The palace announced that Meghan would have six bridesmaids and four pageboys. Here is the full list: