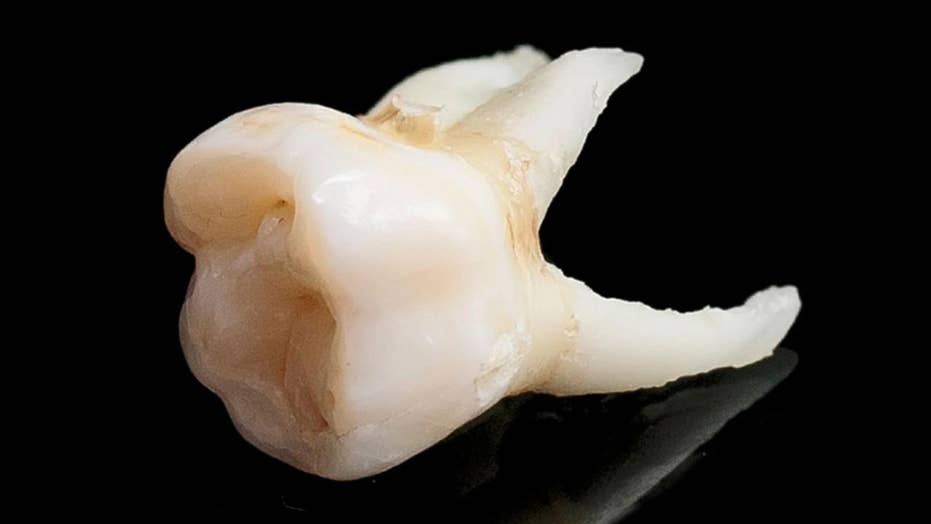 Construction workers discover an estimated 1,000 human teeth in the wall of a Georgia building they were renovating.

Construction workers renovating an older building in Valdosta, Ga., braced themselves last week after cracking open a wall to discover an estimated 1,000 human teeth inside.

The workers, who are renovating the Converse building in the city’s downtown area, found the teeth after knocking out a wall on the building’s second floor, Donald Davis, the executive director for the Lowndes County Historical Society and Museum, told Fox News.

While it’s unclear why the teeth were inside the wall, Harry Evans, a researcher for the Lowndes County Historical Society and Museum, told the Valdosta Daily Times the building was once occupied by a dentist named Clarence Whittington in 1900.

The building was then occupied by a different dentist — Dr. Lester G. Youmans — until at least 1930, the newspaper reported, citing a1928 receipt for a tooth extraction as proof.

“We’re trying to put puzzle pieces together, so what we’re thinking is that the dentist that was above the drug store was the Dr. Youmans that we have the receipt from,” Ellen Hill, the Valdosta Main Street director, told the Valdosta Daily Times.

"We can't find any direct family for [Youmans] so we can't find out exactly what happened," Davis added.

“I’m not sure if it was common practice between dentists at that time, but it’s very strange that there were two people that said, ‘Hey, we’ve had that happen, too,’” Hill said.

Other items — such as razor blades — have been found in homes dating back to the 1870s, The Chicago Tribune previously reported. A person would slide an object into a thin metal slot in a bathroom wall or a medicine cabinet, where it would land in a hollow wall. Similarly, dentists at the time may have done this to dispose of pulled teeth, IFLScience reported.

Davis, who said the museum has been told they're slated to receive some of the teeth, said the find adds to the city's "dental history."

"Here at the historical museum, we see them having another story," Davis said, adding he would be interested in trying to have DNA testing performed on the teeth. When asked if he was shocked to hear about the odd find, Davis said he is "beyond the point of being surprised anymore." Rather, the discovery "started us thinking which dentist, when and why," he added.

A picture of the teeth posted to Facebook had nearly 1,000 shares as of Wednesday morning.