AGRIGENTO, Italy (Reuters) – The German captain of a charity rescue ship appeared before a court in Sicily on Monday after she was arrested for forcing her way into an Italian port carrying migrants she had rescued off the Libyan coast. 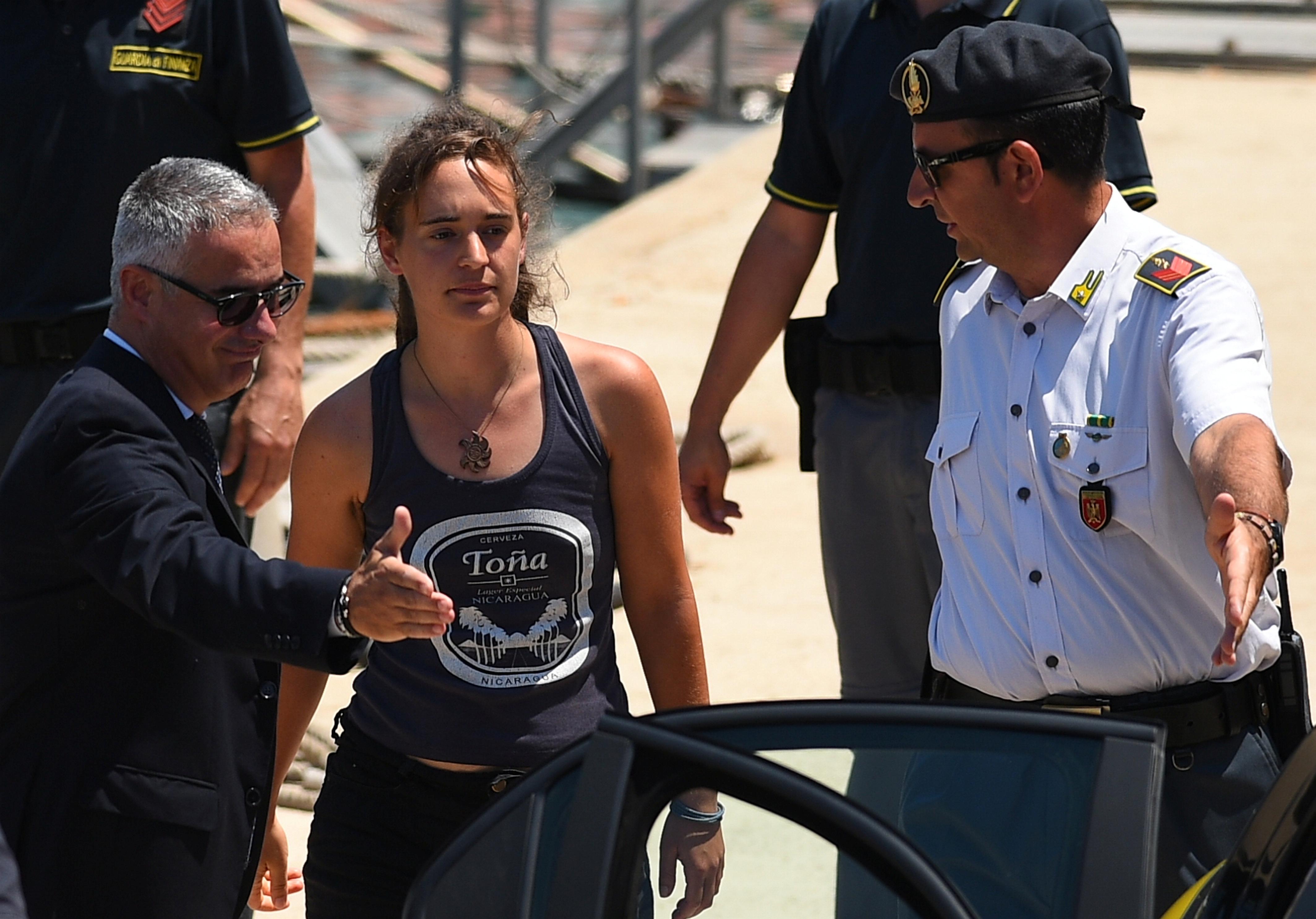 The initial hearing in the city of Agrigento was meant to decide whether Carola Rackete, 31, should remain under house arrest or be freed as the investigation continues into her contested rescue mission.

Judge Alessandra Vella is expected to make a decision by Tuesday morning, a judicial source said.

Chief prosecutor Luigi Patronaggio called on the court to lift the house arrest and instead ban her from both Agrigento and the nearby island of Lampedusa.

Rackete, a volunteer for German charity Sea-Watch, has become a symbol of divisions in Italy over the government’s policy of closing ports to non-government (NGO) rescue ships.

Interior Minister Matteo Salvini has called her a pirate, an outlaw and a people-smuggler. while left-wing politicians have hailed her as an anti-populist, humanitarian heroine.

Rackete is accused of endangering the lives of four policemen aboard a patrol boat that was squeezed against the quay as the Dutch-flagged Sea-Watch 3 vessel forced its way into Lampedusa port early on Saturday.

She is also accused of resisting a warship order, which carries a maximum penalty of 10 years in jail, and of aiding people smugglers under recent laws introduced to deter NGO rescue ships.

She has denied any wrongdoing and her lawyer, Alessandro Gamberini, told reporters she had apologised to the judge for hitting the patrol boat, saying it was accidental.

“Carola’s decision (to enter port) was motivated by a state of necessity determined above all by the health of the people on board,” Gamberini said.

Prosecutor Patronaggio told reporters the Sea-Watch 3 had been safely moored off shore, with medical assistance close at hand, meaning there had been no need to dock without permission.

Rackete had been in international waters for more than two weeks, waiting for an invitation from Italy or another European Union (EU) state to accept her ship, which was carrying 41 African migrants.

“We need support to end the death of people at sea and it’s outrageous that civilians … filling a gap left by the authorities are criminalized for saving lives,” said Giorgia Lunardi, a spokeswoman for the charity.

Germany called on Monday for her release, but Italian Prime Minister Giuseppe Conte told German Chancellor Angela Merkel at an EU meeting that it was an independent judicial matter.

Salvini, who is leader of the right-wing League party, has taken a hard stance on immigration, closing off ports and accusing fellow European nations of leaving Italy alone to deal with a migrant influx from Libya. 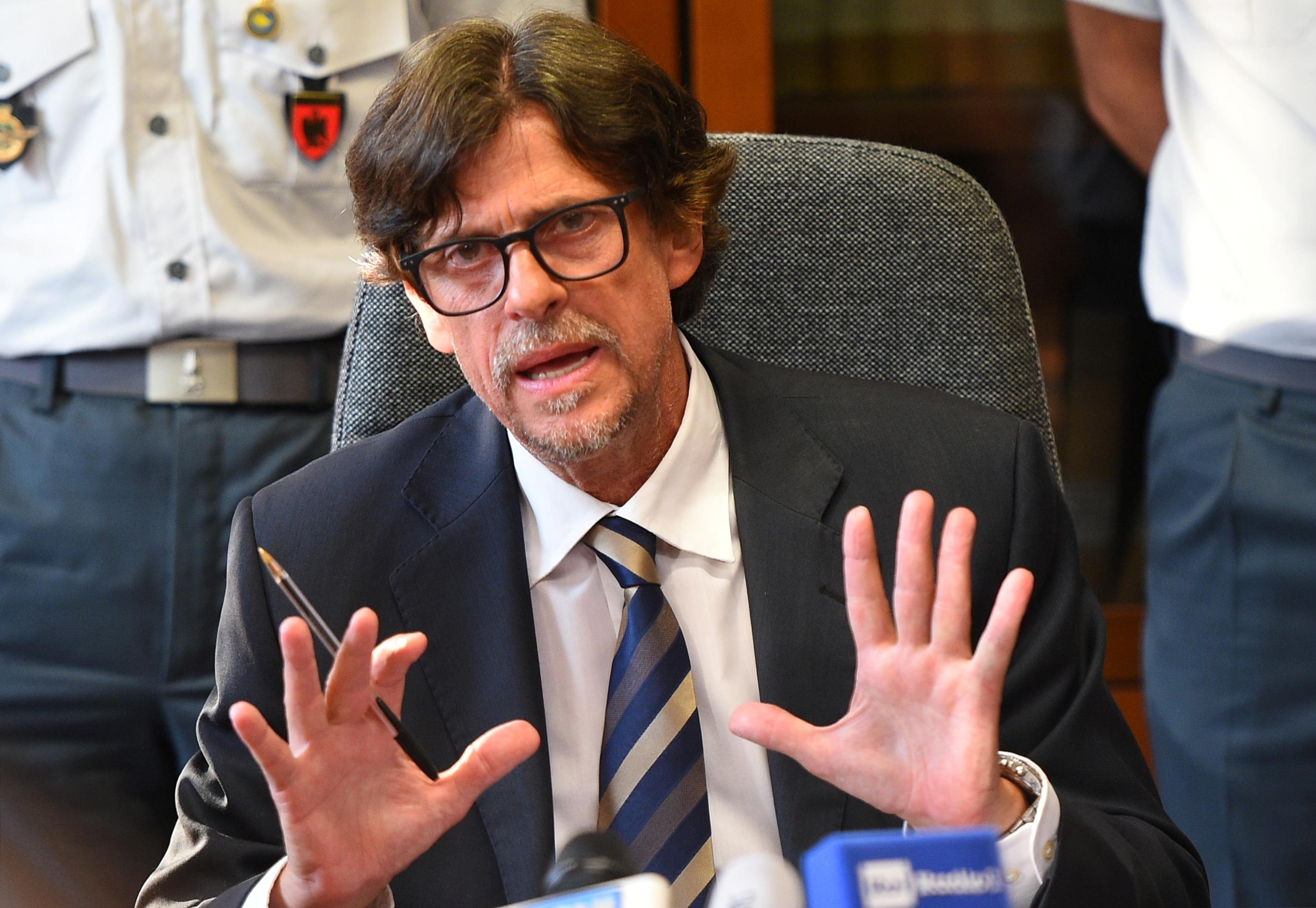 “I expect justice to deliver tough penalties to those who risked the life of Italian military personnel and who repeatedly rejected our laws,” Salvini said in a statement on Monday.

“From other European countries, starting with France and Germany, I expect silence and respect,” he added.

He has said that if the court decides to release Rackete, he would sign an expulsion order straightaway.