The men are accused of forming ‘Revolution Chemnitz’, an organisation named after the city where the fatal stabbing of a German man blamed on migrants in August prompted the worst far-right violence in Germany in decades.

Some 100 police officers backed by special commando units arrested the six suspects aged between 20 and 30 at locations in Germany’s Saxony and Bavaria states today. 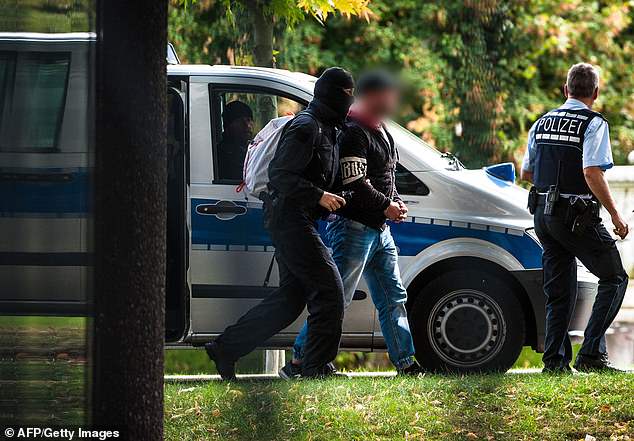 Five of the suspects had attacked and injured foreigners in Chemnitz on September 14 using glass bottles, steel knuckle gloves and tasers, it was claimed.

The group had also allegedly planned to carry out another attack on October 3, the national holiday that marks the reunification of East and West Germany in 1991.

Authorities revealed that another suspect had been taken into custody on September 14.

‘Based on the information we have so far, the suspects belong to the hooligan, skinhead and neo-Nazi scene in the area of Chemnitz and considered themselves leading figures in the right-wing extremist scene in Saxony,’ prosecutors said.

The group had planned to attack senior civil servants and politicians, they claim. 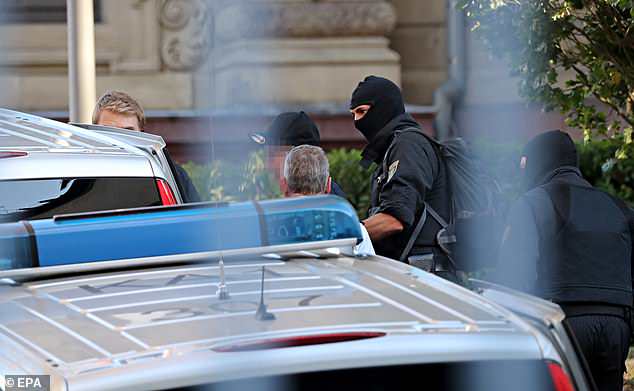 ‘In the course of further investigations we encountered tangible indications that the organisation pursued terrorist goals,’ the public prosecutor general (GBA) said in a statement.

GBA spokeswoman Frauke Koehler told reporters that the authorities had intercepted communications which showed that the suspects were plotting attacks against political opponents as well as foreigners.

The events also strained Merkel’s coalition government. Her conservatives and their Social Democrat (SPD) coalition partners could not agree what to do with the head of the BfV domestic spy agency, who questioned the authenticity of a video showing skinheads chasing migrants. 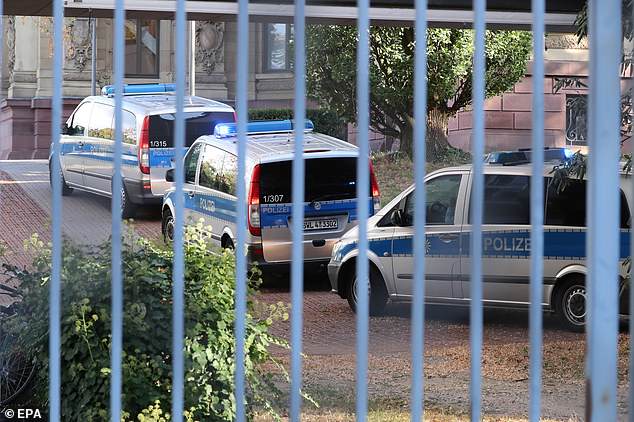 According to reports, six men were arrested as per order of Germany’s attorney general. The six men are charged with forming a far-right terror group known as ‘Revolution Chemnitz’

They reached a compromise last month to transfer him to the interior ministry, ending a row that almost felled their six-month-old government.

The events in Chemnitz also raised questions about whether authorities in Saxony were too complacent in the face of rising far-right violence and xenophobia, in a country sensitive to whether the lessons of its Nazi past have been learned.

The reputation of Germany’s law enforcement was hurt by the handling of case of a neo-Nazi gang that murdered 10 people during a 2000-2007 campaign of racially motivated violence. 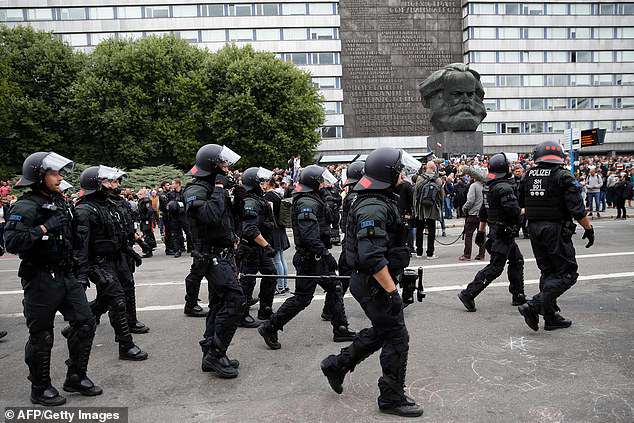 Pictured: August 27, 2018, police patrol where people demonstrate at a sculpture of Karl Marx in Chemnitz following the death of a 35-year-old German national who died in hospital after a ‘dispute between several people of different nationalities’, according to the police

Two members of the group, the National Socialist Underground (NSU), killed themselves in 2011 when police discovered the gang by chance.

Another member was jailed for life in July.

The Sueddeutsche Zeitung newspaper said investigators believed ‘Revolution Chemnitz’ would have carried out more murders than the NSU.

Interior Minister Horst Seehofer said after the arrests on Monday that the threat of a militant attack in Germany remains high, which means ‘an attack could take place any moment.’