German police have opened a terrorism investigation after eight people were injured by a lorry that rammed into traffic.

Officers have arrested a Syrian man in connection with the incident in the western town of Limburg on Monday night, which is being treated as attempted murder.

The suspect, 32, is believed to have hijacked the lorry, although prosecutor Ralf Badle has declined to comment on a possible motive. Police have searched two addresses linked to the man, where they seized mobile phones and USB drives. 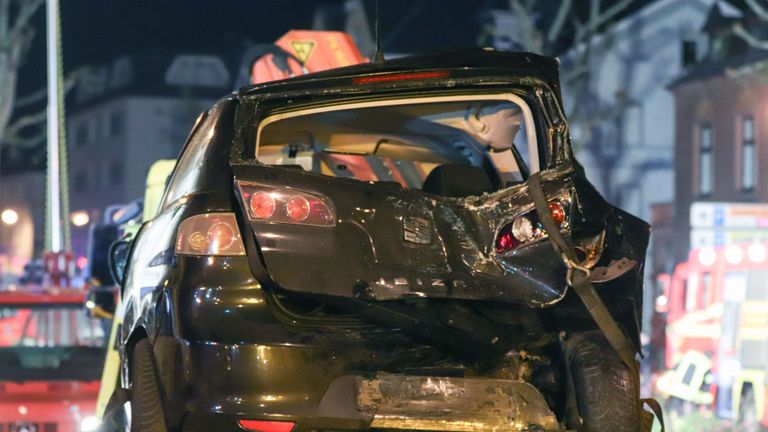 The crash in Limburg, which is located north of the financial city of Frankfurt, came almost three years after a similar incident at a Christmas market in Berlin.

Anis Amri ploughed into a crowd of shoppers in the German capital on 19 December 2016, killing 12 people and injuring dozens of others.

He was killed in a shootout with Italian police in Milan four days later.