‘Help, I’m being chased by a squirrel’ is not the normal cry for assistance that police usually receive.

But that’s exactly what happened in the German city of Karlsruhe, however, when officers were asked to rescue a distressed man who was desperately trying to flee from a clingy baby squirrel.

Police were called at 8am yesterday by the man and, according to the force’s Facebook page, officers immediately ‘sent a patrol to investigate the matter’. 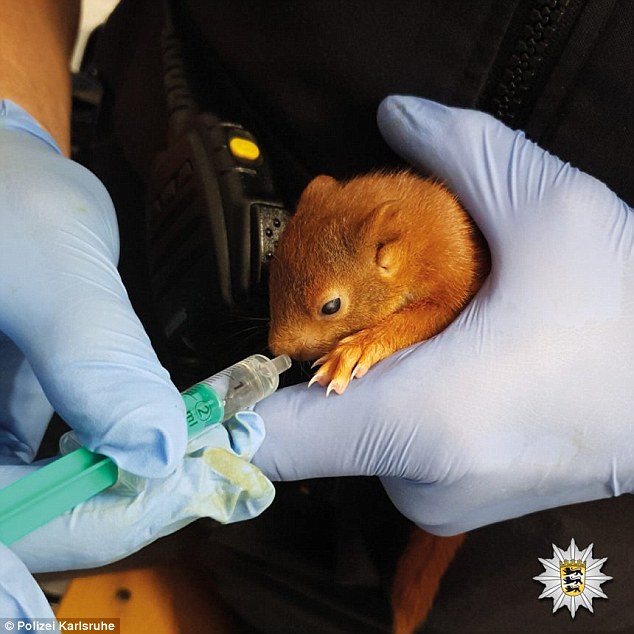 Safe at last – this determined squirrel was trying to find a new mother and ended up being taken in by the police in Karlsruhe, Germany 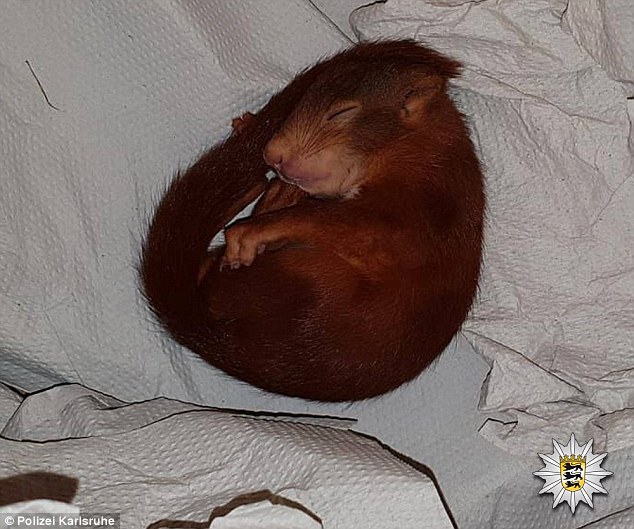 Officers warmed to the stricken creature, posting on Facebook that it had become their ‘new mascot’ which they ‘baptized in the name of Karl-Friedrich’

It added: ‘In fact, the police there met the man being persecuted by the stubborn little creature.’

Officers warmed to the stricken creature, posting that it had become their ‘new mascot’ after they ‘baptized it in the name of Karl-Friedrich’.

The squirrel was so exhausted from its pursuit of the man that it ‘fell asleep because of the horror’, police added.

Karl-Friedrich was ‘taken in to police custody’, where staff immediately sought new accommodation ‘for the little squirrel, which apparently was looking for a new mother.

‘The animal is now in [an animal rescue centre] and is well looked after.

‘We wish the little one all the best!’

Police spokeswoman Christina Krenz told the Guardian that it was likely the baby squirrel had targeted the man because it was seeking a new home, adding: ‘It often happens that squirrels which have lost their mothers look for a replacement and then focus their efforts on one person.’ 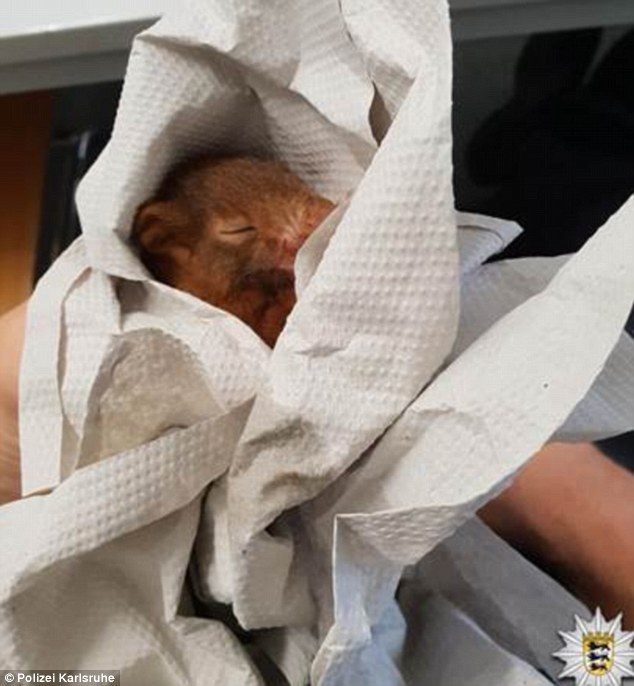 They could be ‘very persistent, not just running behind someone but entirely fixated on them.

‘The man didn’t know what to do and so he called the police – he was certainly feeling a bit threatened,’ Krenz added.

Karlsruhe is a ‘green city’ with more than 1,000 hectares of public parks, lakes and small woods. 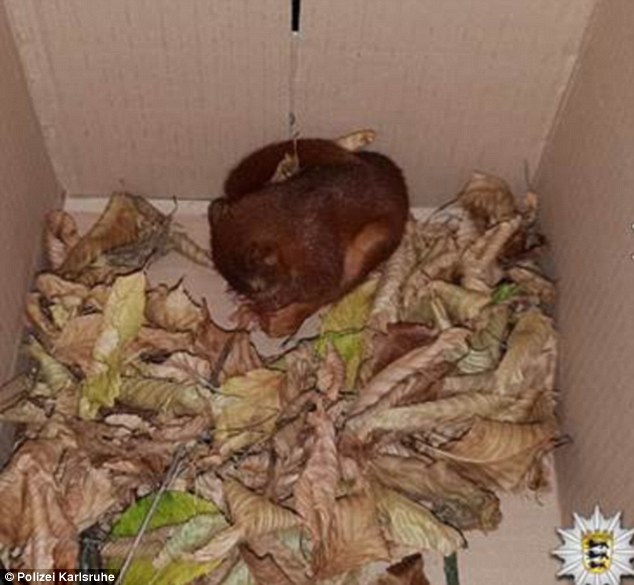 Little Karl-Friedrich was ‘taken in to police custody’, where staff immediately sought new accommodation ‘for the little squirrel’ at a local animal rescue centre