Paws for thought! Hesitant German shepherd is scared to jump over a metal grate on the floor before taking a leap of faith towards its owner

A brave dog proved to its owner that it could overcome its fears – by taking a leap of faith over a metal grate.

The clip, believed to be filmed somewhere in the US, shows a German shepherd nervously attempting to jump across a grate in the floor.

Its owner films the dog as he tries to entice him to walk over the simple obstacle – but the dog is seemingly terrified. 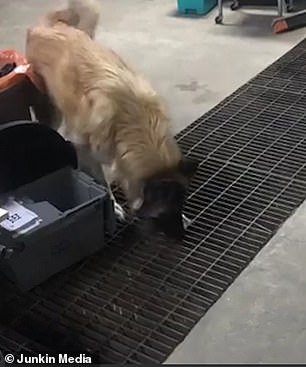 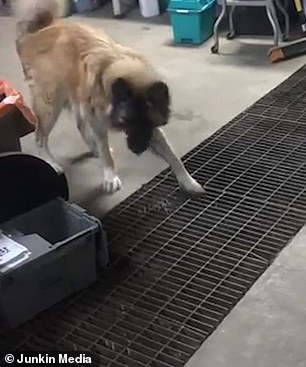 This adorable dog is nervous when it reaches a metal grate and is at first, unwilling to step over

The German shepherd can be seen barking as it appears to tell its owner that it doesn’t want to step over the grate.

The wary dog tentatively puts a paw out to test the metal grid but quickly draws it back again.

It paces up and down and appears frustrated as it tries to join its owner on the other side.

Finally the big dog manages to get two paws on the grate before leaping to the other side with its tail wagging – much to its owners amazement. 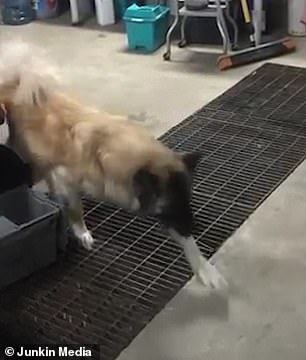 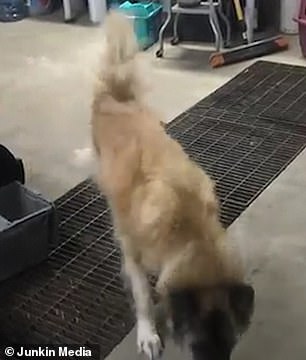 But eventually, the brave German shepherd runs across the metal grate toward its owner 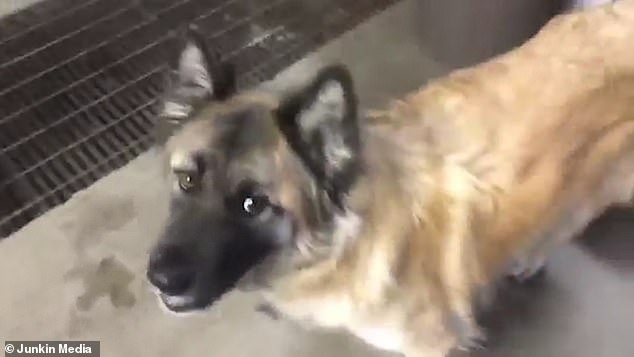 After successfully completing the terrifying task, the pet looks towards its owner, seemingly wanting praise for a job well done