The super-sized insect belongs to the Holorusa mikado species, the largest mosquito family in the world. 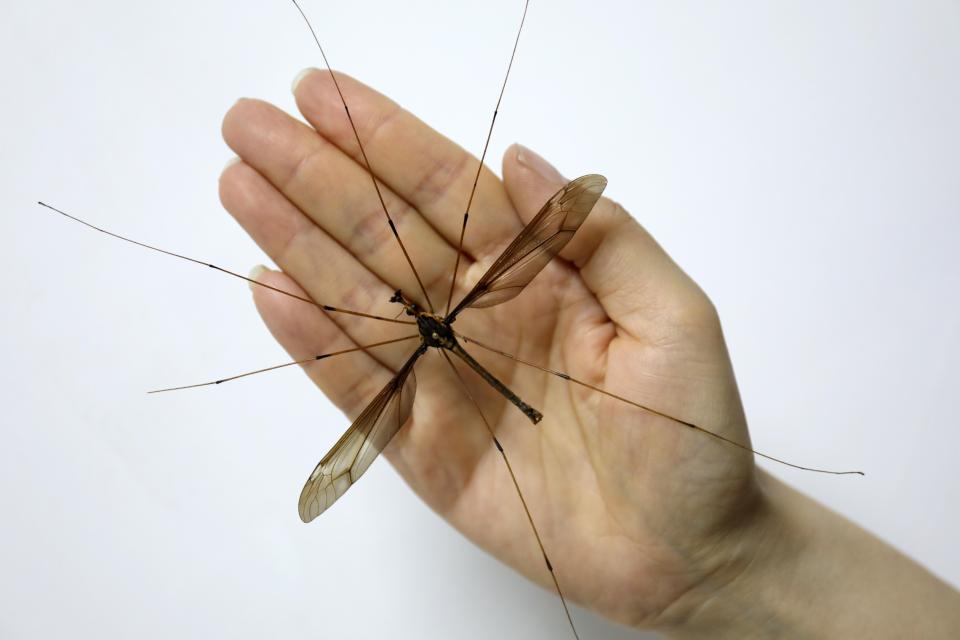 The insect is also a third longer than the average holorusia mikado species.

Zhao Li, curator of the Insect Museum of West China discovered the insect last August in Qincheng Mountain, within the Sichuan province.

But he wanted to take his time and confirm that it really was the largest mosquito in the world before revealing the staggering discovery. 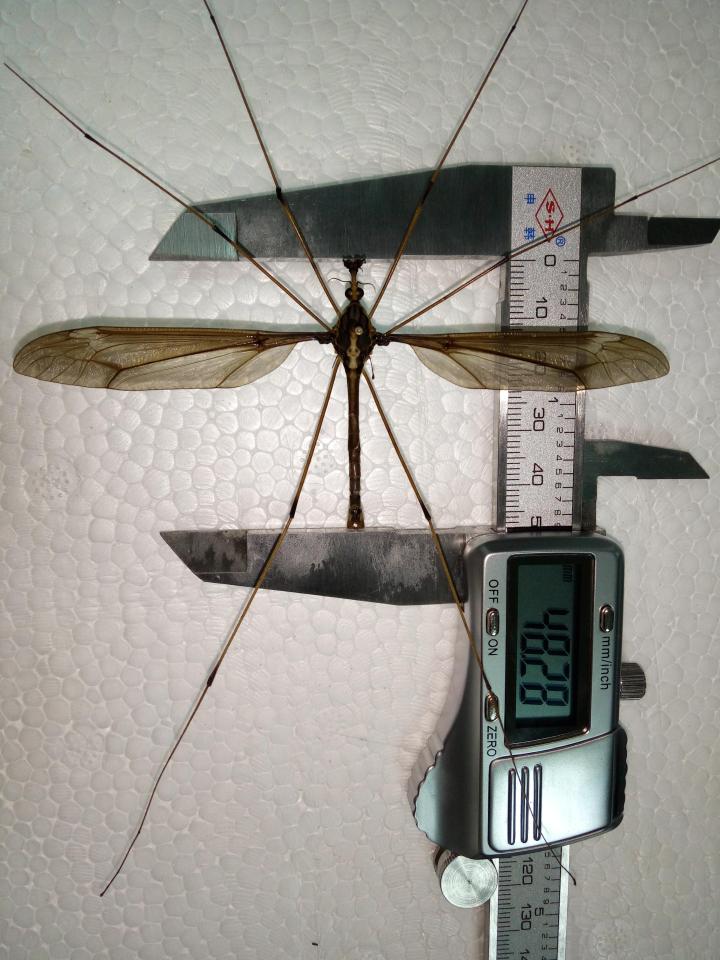 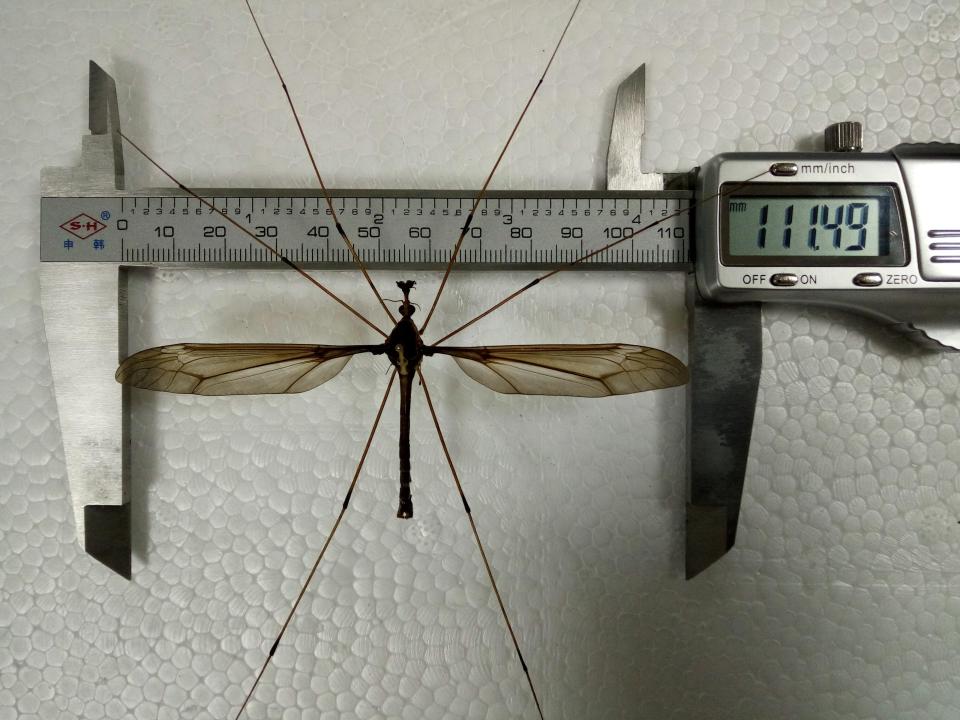 He told South China Morning Post: "These mosquitoes look horrendous, but do not feed on blood.

"The adults have a life span of only a few days and mainly feed on nectar.

"There are tens of thousands of types of mosquitoes in the world.

"Barely 100 species feed on blood and may be a problem for humans."

The mosquito is set to go on display at the museum in China next month.