Ross Greer – called a 'ginger turd' by GMB host Piers Morgan – made the claims in a series of tweets on his verified Twitter account, The Sun Online can reveal. 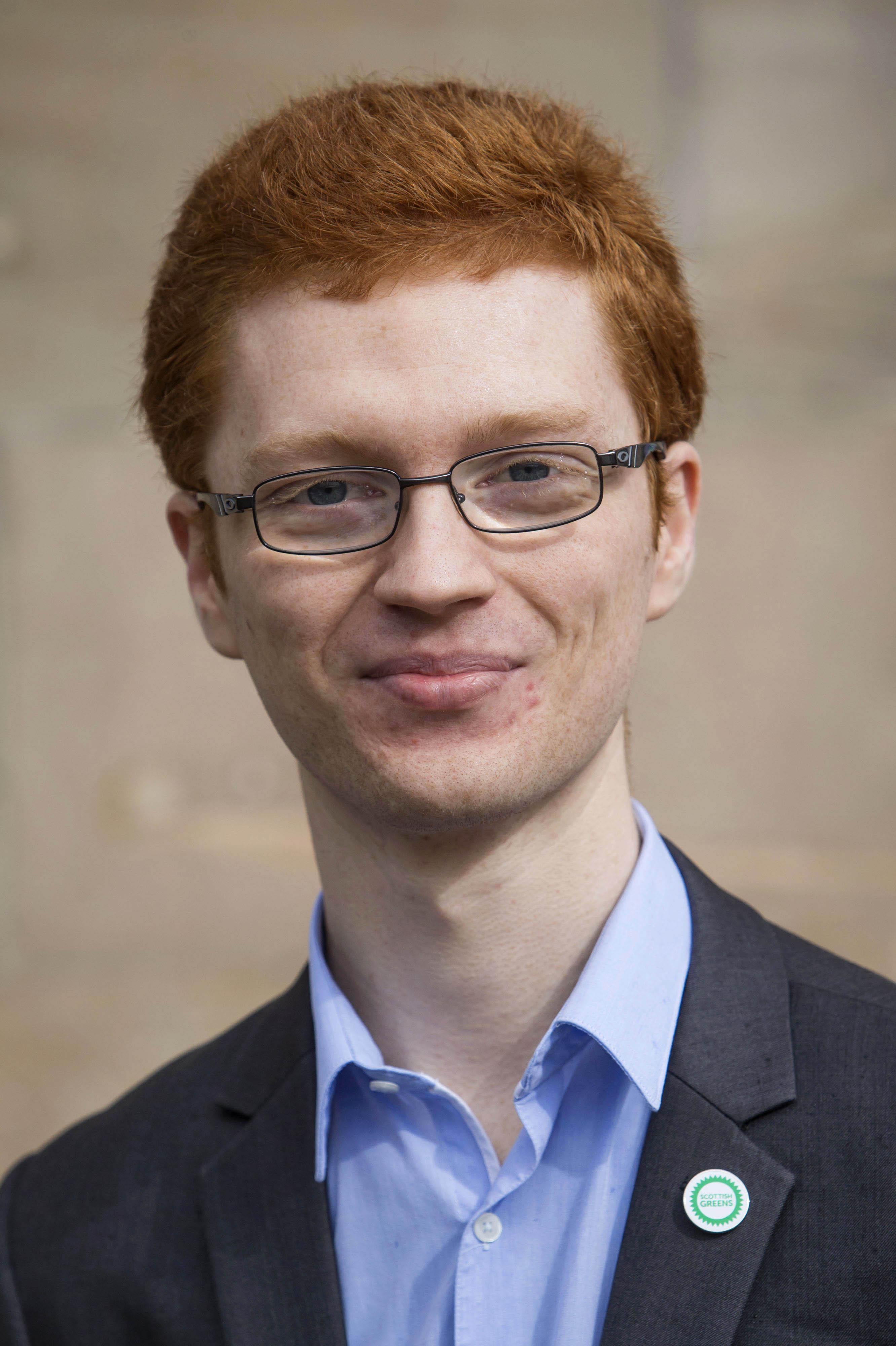 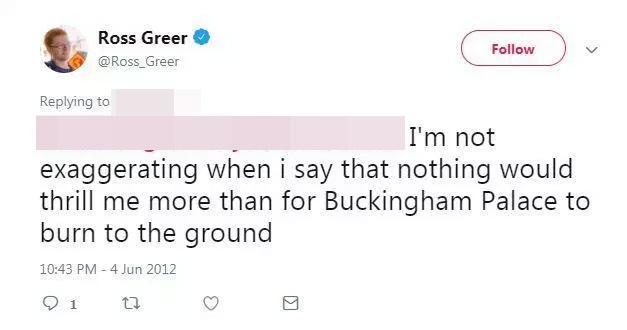 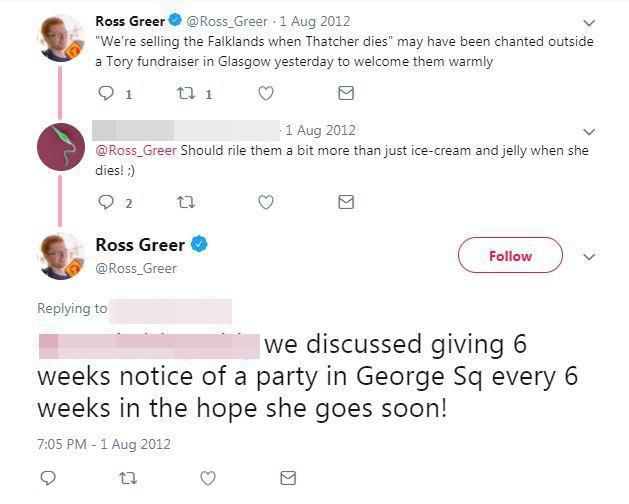 The MSP made the claims while responding to a Tory Party tweet marking 54 years since Churchill’s death aged 90, which paid tribute to the wartime hero calling him the "greatest Briton to have ever lived".

But Mr Greer, a Scottish Green party politician, responded on Twitter: "Once again for the people in the back. Churchill was a white supremacist mass murderer."

Defending his post on ITV’s Good Morning Britain today Greer said Churchill was a "racist because he hated Indians with a passion and branded them a beastly people with a beastly religion".

He also claimed the former PM "advocated using poison gas against uncivilised tribes in Africa" as well as using hateful rhetoric against people in Afghanistan and Kurdistan and accused Churchill of being "responsible for the Bengali famine of 1943".

Now in tweets uncovered by The Sun Online, Greer – then aged 17 on the verified account he uses as a public representative – claimed Britain "was happy to live with Hitler".

In another post he said "nothing would make [him] happier than to see Buckingham Palace burn to the ground".

In other posts on social media, he blasted former Prime Minister Margaret Thatcher and claimed to be organising a party "in the hope she goes soon" months before her death.

In August 2012, aged 18, He tweeted: "We're selling the Falklands when Thatcher dies" may have been chanted outside a Tory fundraiser in Glasgow yesterday to welcome them warmly."

In a follow-up tweet he told a follower: "We discussed giving 6 weeks notice of a party in George Sq every 6 weeks in the hope she goes soon!"

Greer is the youngest ever member voted into the Scottish parliament following his election in 2016.

Prior to the fiery exchange this morning, Piers had lashed out at the MSP's tweet blasting Churchill and said: "And you're a thick ginger turd who'd be spewing this filth in German if it wasn't for Churchill."

Describing Ross Greer as a “nasty, smearing, derogatory young man” in the heated debate this morning, Piers Morgan snapped: “You are saying the man who saved us from the Nazis is no better than a Nazi himself.

"What you're saying isn't just offensive, it's a downright lie. I get enraged by this, because if it wasn't for Winston Churchill you would be speaking German and goose-stepping your way to Holyrood."

Morgan finished by saying: "I find you revolting. What you have said about Winston Churchill and your sneering, smirking performance today as you denigrate this great national icon…I find you revolting and offensive. It makes me sick to my stomach." 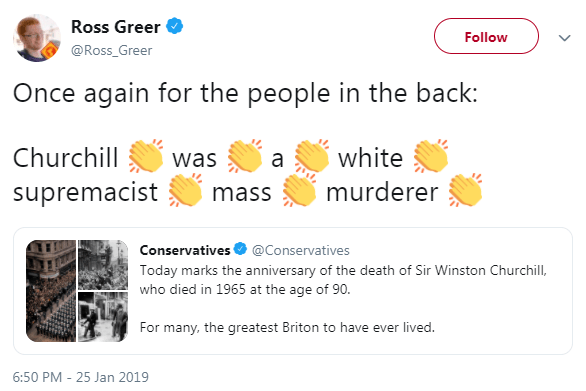 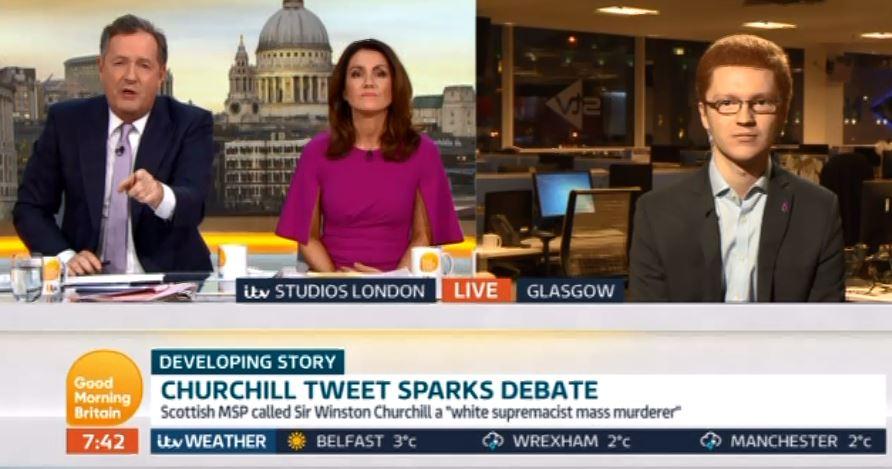