Girl, 17, is raped, doused with petrol and set on fire in latest sex attack in India as village chief ordered to do 100 sit-ups as punishment for raping a 16-year-old is arrested for burning her alive

A 17-year-old girl is fighting for life after she was raped, doused with kerosene and set on fire in the latest shocking sex attack in India.

The teenager was left with 70 per cent burns after the brutal attack in the Pakur district of eastern India’s Jharkhand state.

A 19-year-old living in the same neighbourhood has been arrested as police revealed there was ‘a chance’ that she will survive.

It comes after a village chief was arrested over a the gang-rape murder of a 16-year-old in the same state and on the same day.

Dhanu Bhuiyan is the main suspect in the murder of the teenager, who was torched to death after being subjected to a sex attack in Chatra district. Police said Bhuiyan became enraged after the local village council ordered him to do 100 sit-ups and pay a 50,000 rupee (£550) fine following the rape. 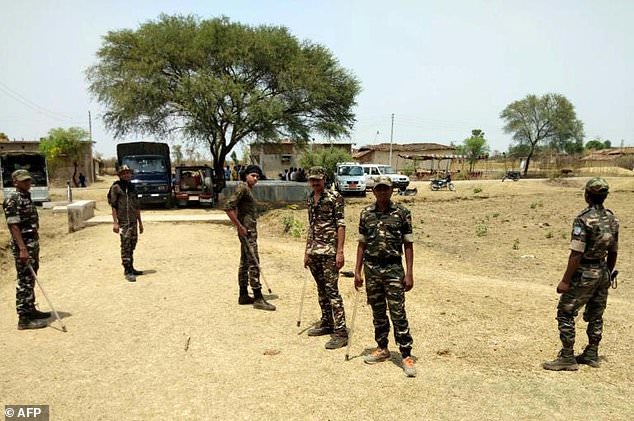 A 17-year-old girl is fighting for life after she was raped, doused with kerosene and set on fire in the latest shocking sex attack in India (file picture)

Bhuiyan and his accomplices then allegedly attacked the girl’s parents before setting their house on fire with the girl inside.

The local village chief, who was found hiding at a relative’s house, was also among 15 people detained in the case while the teenaged victim’s family have been given special police protection.

Police inspector general Shambhu Thakur told AFP the ‘main suspect’ had been arrested and a post-mortem would be carried out.

‘We are on the case and we promise the family that the guilty won’t be spared,’ he said.

Thakur said the village head had been arrested since he ‘announced a punishment that led to the murder’.

Jharkhand Chief Minister Raghubar Das has called for stringent punishment in the ‘barbaric’ case and announced compensation of 100,000 rupees ($1,500) for the victim’s family. 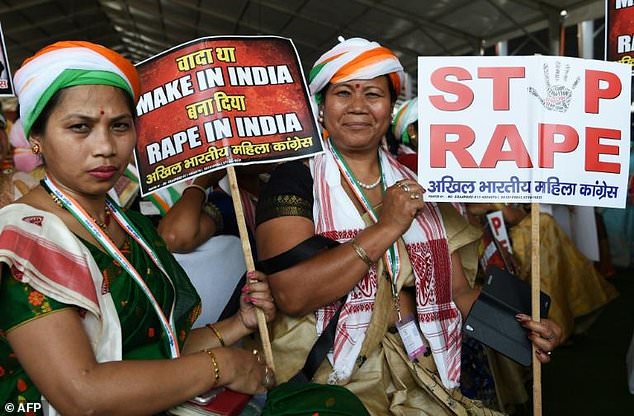 Meanwhile, in neighbouring Odisha state, police have also arrested six people including a juvenile for an alleged gang rape of a 14-year-old girl on Friday in the district of Sambalpur.

‘The girl was first assaulted by one person and later by four others in different locations,’ Police Inspector Jay Rashmi Sethi told Reuters. The sixth suspect is accused of restraining the victim while the others attacked her.

Indian authorities have faced renewed pressure to act over sexual assault since the recent gang rape and murder of an eight-year-old Muslim girl by a group of Hindus in Jammu and Kashmir state.

Amid mounting outrage, the government has changed the law to allow execution for child rapists.

But the Jammu case has revived communal tensions. Protesters backing the Hindu suspects on Sunday hurled stones at the car of a Jammu and Kashmir state minister, Sham Lal Chaudhary, demanding a new inquiry into the case, media reports said.

The crowd in the Kathua district where the gruesome murder took place surrounded Chaudhary before police stepped in.

Hindu groups have held regular protests saying that the police inquiry was biased against the accused. Muslim activists have in turn taken to the streets to demand justice for the dead girl.

The girl was sedated and held in a Hindu temple, repeatedly raped over five days and then killed, according to police.

The cases are some of the most high-profile since the 2012 rape and murder of a student on a New Delhi that triggered mass protests.

Some 40,000 rape cases were reported in 2016, with many more believed to go unreported because of stigma attached to sex crimes in deeply patriarchal India.