This is the moment a three-year-old girl repeatedly called a priest a ‘whore’ as he was trying to baptise her.

Footage shows smiling parents holding baby Magdelana over the font at a church in Mexico as a priest pours holy water on her head.

But the ceremony takes a turn for the worse as the priest begins to utter the traditional words: ‘I baptise you in the name of the son, and the father…’

In scenes which some church-goers compared to the horror film, The Exorcist, Magdelana starts swearing and struggling. 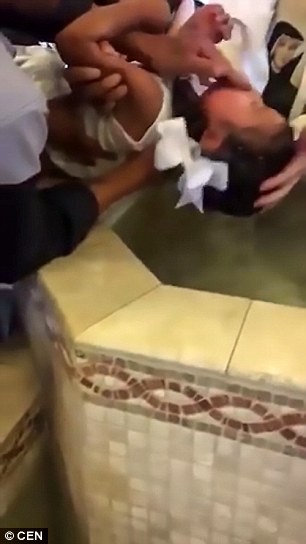 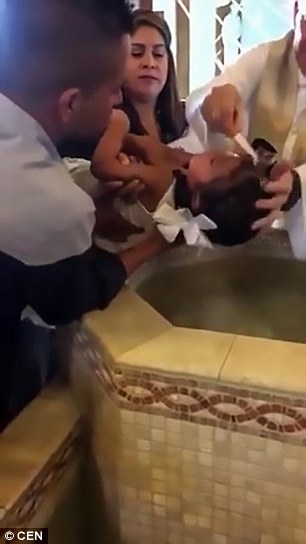 To her parents’ dismay, she mutters the word ‘whore’ (‘puto’ in Spanish) – but the priest seems to take it in his stride.

‘I think she’s calling me some rude words,’ he laughs, before resuming the christening with the words: ‘I am the Father…’

But the toddler immediately interrupts, shouting: ‘Leave me alone you whore!’, before repeatedly shouting the same word –undeterred by her mother’s attempts to control her. 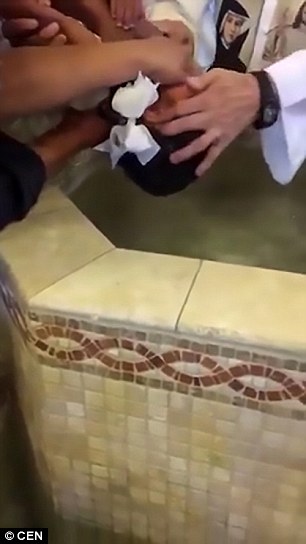 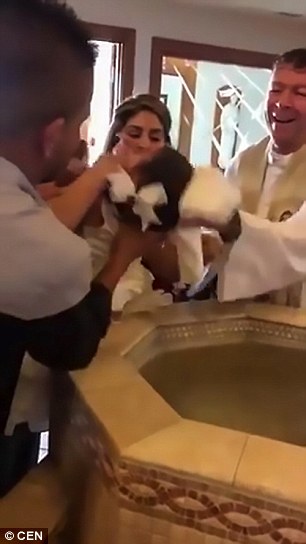 The youngster starts to struggle and swear and repeatedly calls the priest a ‘whore’. The bizarre incident was caught on mobile phone by a guest at a church ceremony in Mexico

When the ceremony – conducted in an undisclosed location in Mexico – is finally over, the mother apologises to the priest.

The video has been viewed three million times after it was posted on social media and video-sharing platforms in Mexico.

Some online commentators praised the girl’s spirit, while others blamed the child’s parents for her robust vocabulary.