US high school student, 16, who dumped her slut-shaming boyfriend after he said her prom dress ‘showed too much skin’ finally reveals the offending gown – but says she WON’T be attending

A 16-year-old girl who publicly dumped her slut-shaming boyfriend after he said her prom dress ‘showed too much skin’ has revealed she’s no longer going to the dance.

Madison Witham made headlines earlier this month after tweeting a message exchange with Justice Champion, 19, who told her she looked ‘like a slut’ in her dress.

Witham has now shared photos of her ball gown on Twitter and revealed she’s not going to the dance anymore because of all the attention she’s received.

Madison Witham, 16, has shared photos of her modest prom dress and revealed she’s no longer going to the ball 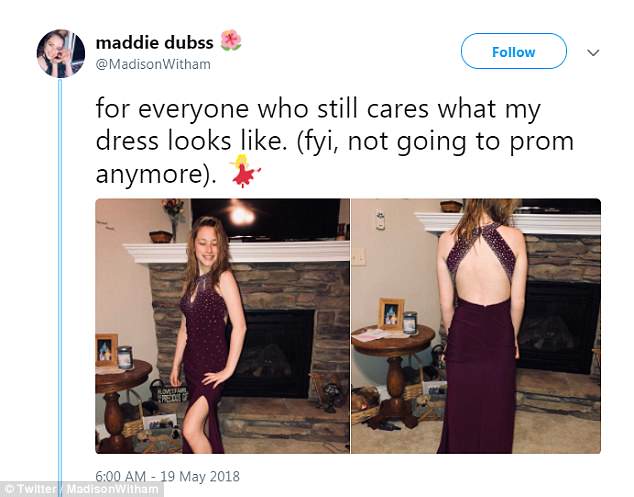 Champion was publicly dumped by Witham after he told the high school student that she looked ‘like a slut’ in the dress.

The 16-year-old’s posted the screenshots of their text message exchange with the caption: ‘So today I bought a prom dress and dropped a dude, eventful day!’

The screengrabs show Madison, a sophomore at Lakeland High School in LaGrange Indiana, cheerfully texting her then-boyfriend about her new gown. 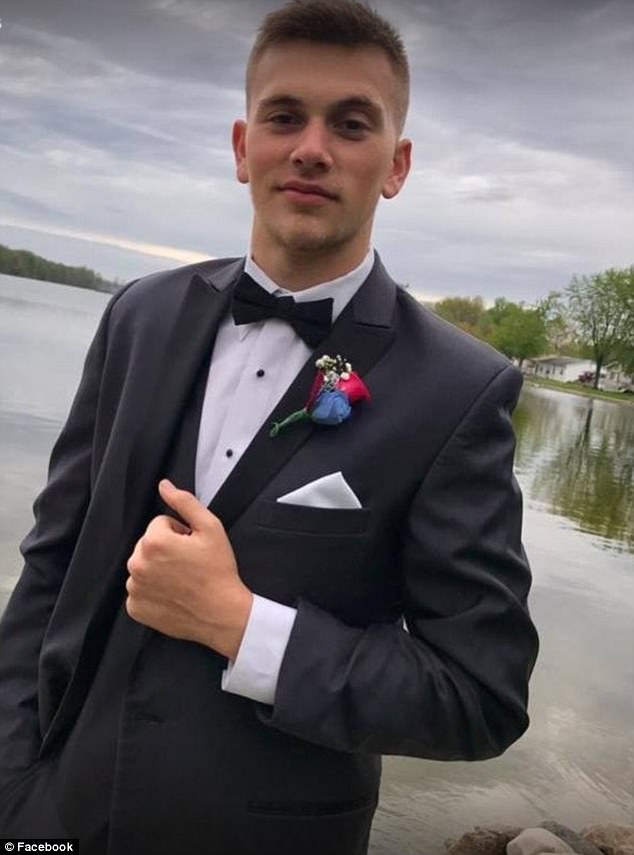 Dumped: Justice Champion, 19, is revealed to be the boy who ‘slut-shamed’ his girlfriend Madison Witham over her ‘revealing’ prom dress 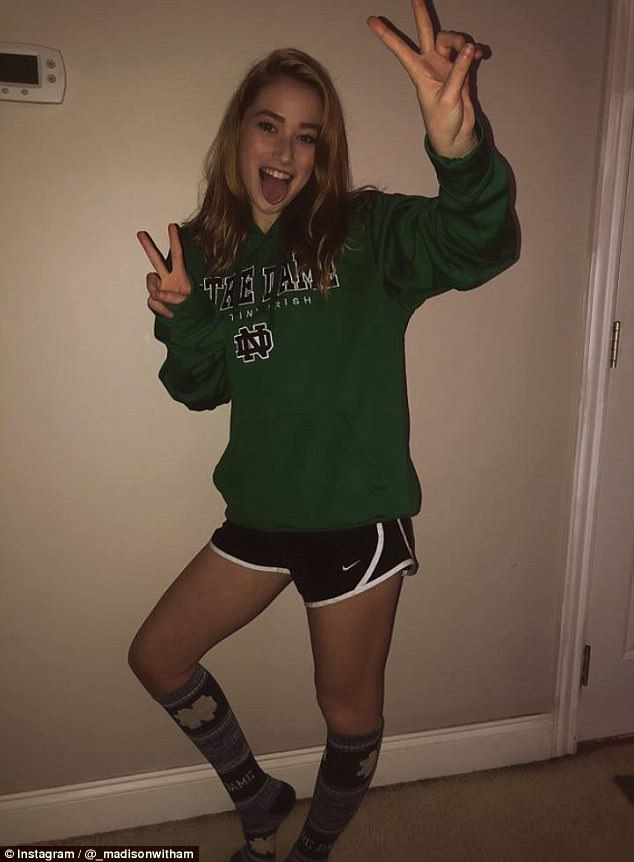 The last laugh: Madison Witham, a sophomore at Lakeland High School in LaGrange, Indiana, made headlines last month after she tweeted the text message exchange with her ex 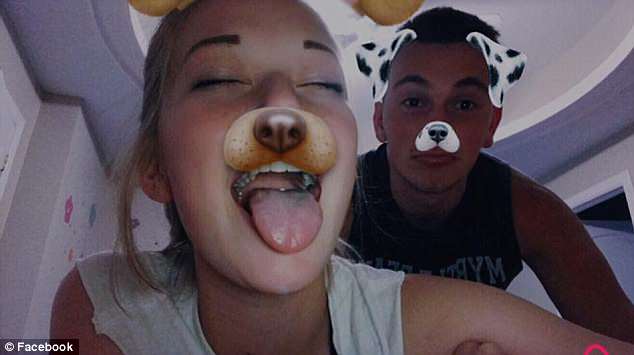 Madison’s father confirmed his daughter dated the 19-year-old but are no longer together. The two are pictured together in a Facebook photo posted by Madison last year

Although Madison censored the picture to avoid revealing her dress before the big day, the photo shows the dress has a slit on the front as you can see part of her legs and the top seems to be a bedazzled halter featuring a keyhole cutout down the front that shows cleavage.

In response to her picture, Champion wrote back: ‘Too much skin get rid of it and I’ll get you a new one b.’

Responding to her text, the boyfriend wrote back: ‘You look like a slut b. No offense.’

Disgusted by his remarks, Madison quickly shut him down saying: ‘I’ll stick with the dress and get myself a new man, bye.’

In a tweet that went viral, she announced she bought her prom dress and dumped her boyfriend all in the same day 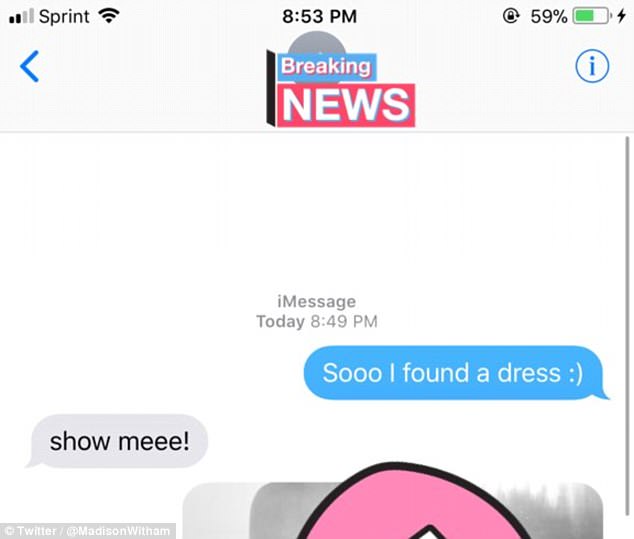 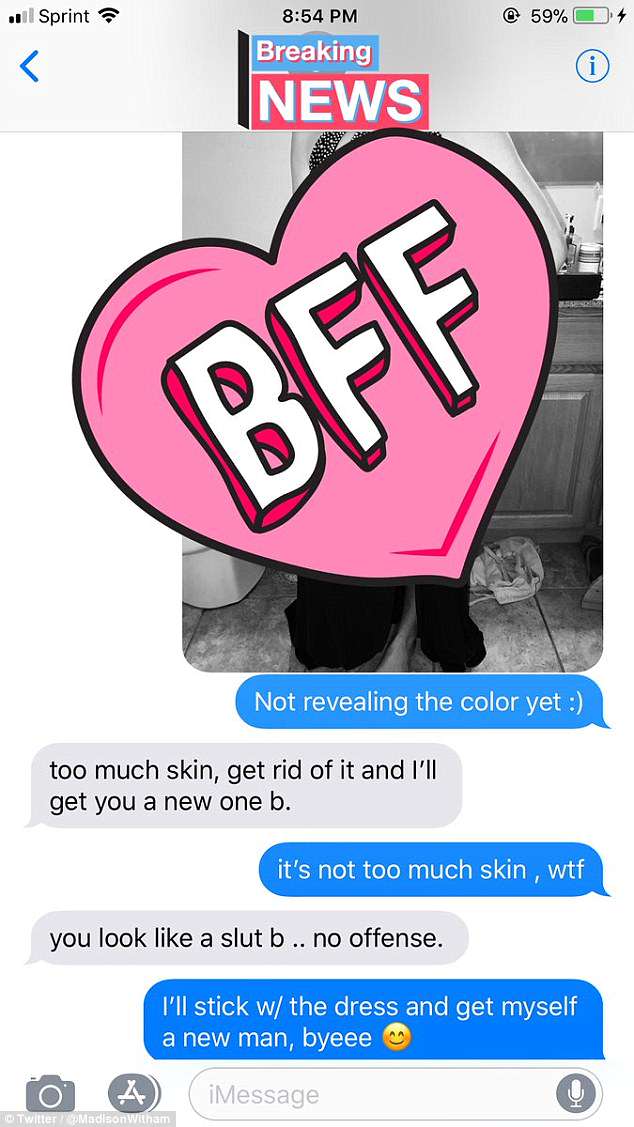 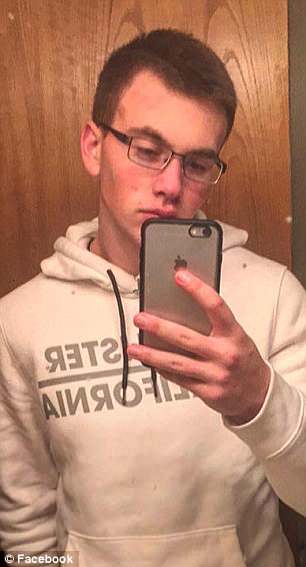 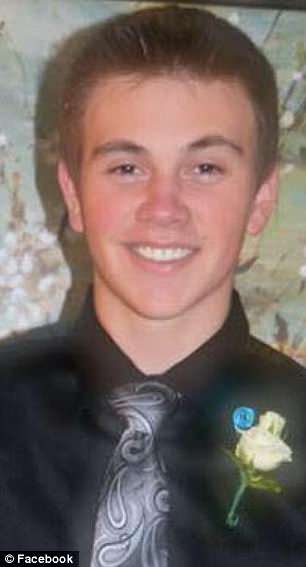 The teen had initially kept her ex’s identity anonymous, but her father, Kevin Witham told DailyMail.com: ‘My daughter’s ex-boyfriend’s name is Justice Champion he is a 19-year old boy who lives in a nearby town.

‘In the past I met him a few times and I was really impressed by him. Justice graduated from high school last year. His father is a local policeman in the area.’

Social media photos show the teen dressed up for his high school prom last year, but it is unclear if he had a date.

DailyMail.com reached out to Champion for comment, but did not receive a response.

Madison has since received a heap of support on social media from users praising her for dumping her cruel boyfriend. 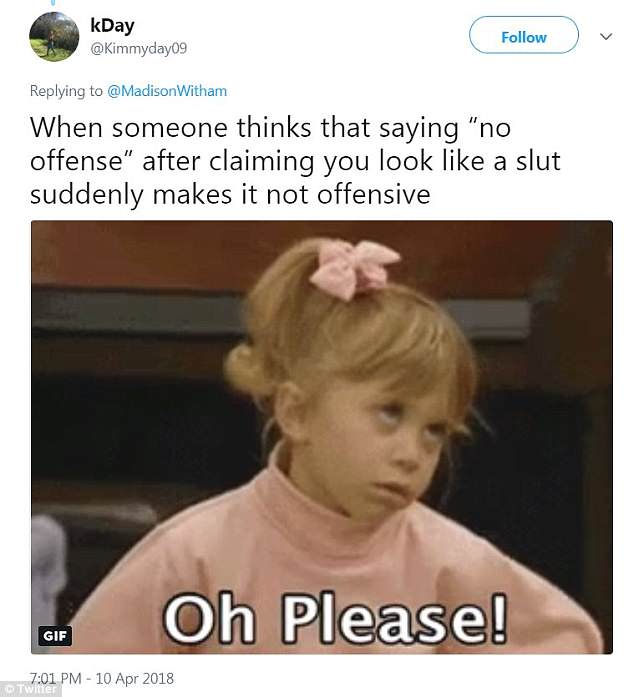 ‘The fact that he calls you “b” is enough to dump him alone,’ one girl wrote while another replied, ‘Yes girl drop that boy and find yourself a real man!’

One man who stepped up to the plate even offered to be a stand-in for her prom date writing: ‘If you need someone to give you a great night and treat you the way you deserve let me know. You deserve better than that. Respect.’

Madison confirmed to Insider that she is broken up with her boyfriend and told people to be on the lookout for her dress which she will post to Instagram when prom rolls around.

Her father added: ‘Madison is a strong young women and wasn’t expecting all of the media attentions she had garnered from all of this.

‘But she is happy with the amount of followers she is getting on Instagram.’