Glacier on Mont Blanc is at risk of collapse, prompting evacuations

Huge glacier on Mont Blanc 100 times the size of an Olympic swimming pool is at risk of collapsing into a valley below, prompting road closures and evacuations

A piece of glacier near Mont Blanc is at risk of sliding off the mountain and into the valley below, scientists have warned.

Researchers say 250,000 cubic metres of ice on the Planpincieux glacier, situated in the Italian Alps, is at risk of falling into the Ferret valley after they measured it travelling at more than 16ins (50cm) per day.

Stefano Miserocchi, mayor of nearby town of Courmayeur, ordered the evacuation of several mountain huts and closed two roads on Tuesday as a precaution. 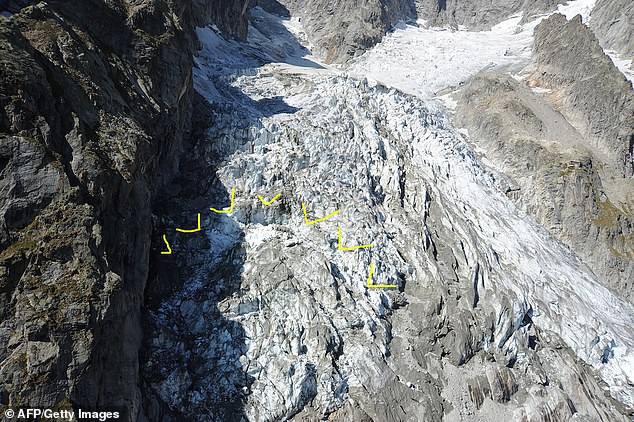 Researchers say a section of the Planpincieux glacier, in the Italian Alps (highlighted in this image by the research team) is at risk of sliding off the mountain and into the Ferret valley

But he insisted there was no danger to residential areas or tourist facilities.

Mr Miserocchi told Italian media: ‘These phenomena once again show how the mountain is going through a period of major change due to climate factors and, therefore, it is particularly vulnerable.’

The glacier is located on the Grande Jorasses peak of the Mont Blanc massif in the Alps that straddles the borders of Italy, France and Switzerland.

Researchers told the BBC that it is impossible to predict exactly when or if the glacier might collapse, but cautioned that there is no warning system in place.

In August 2018 an elderly couple were killed near Planpincieux when their car was swept from a road and into a valley during a landslide.

Hundreds of people were subsequently evacuated, some of them by helicopter. 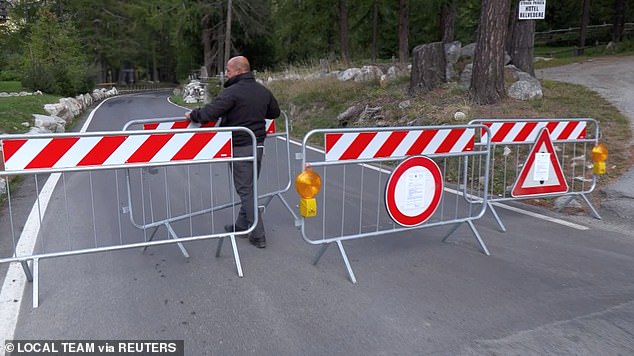 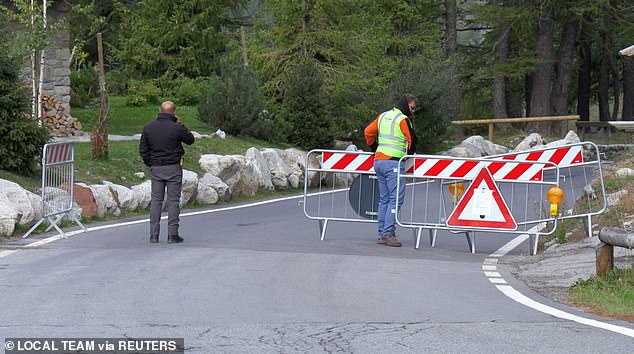 Mr Miserocchi said the glacier is easily affected by changes in temperature, and said climate change is likely responsible for the imminent collapse