A GLASS-floored ledge on the 103rd floor of a Chicago skyscraper CRACKED as a family stepped on it on Monday.

Footage taken by frightened tourists shows the shattered transparent floor of a viewing platform at the city's famous Willis Tower. 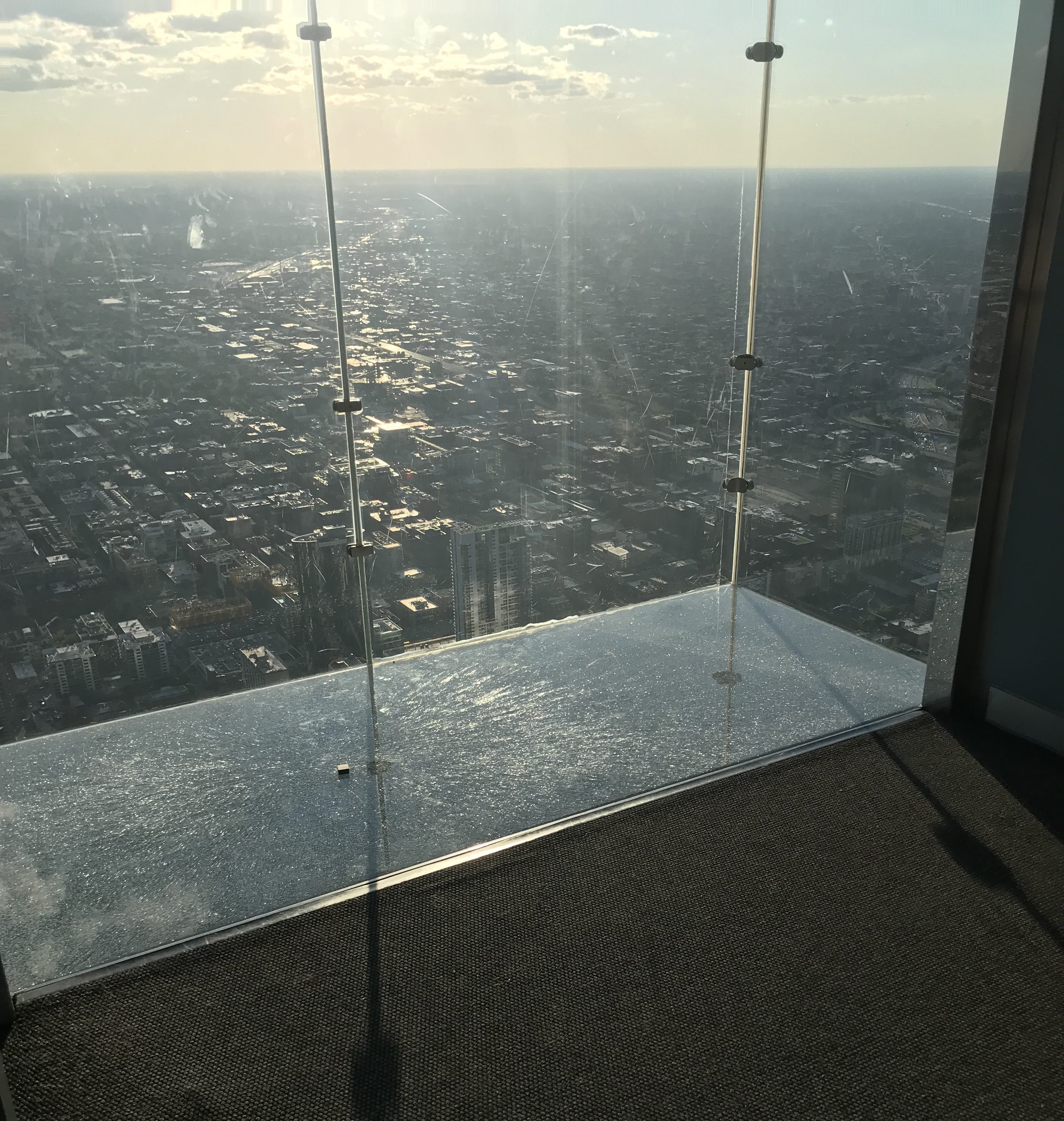 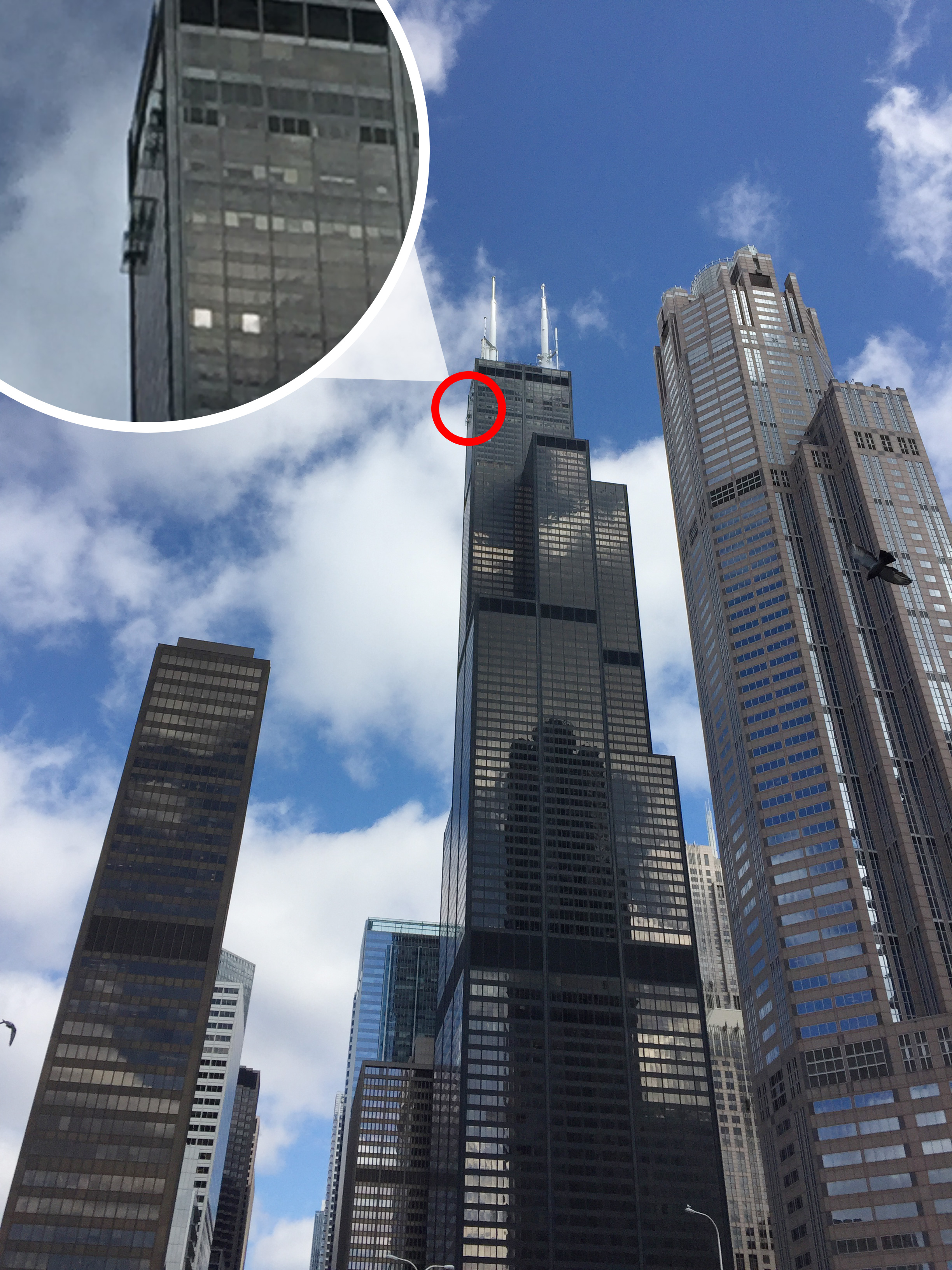 The building's four see-through ledges – known as skydecks – provide a dizzying view from a cloud-busting 1,300ft up.

But a family of visitors were left shaken after the protective layer on the floor of their deck smashed as they stood on it.

Stunned witness Jesus Pintado told CBS Chicago: "There was a woman with two kids and they looked really pale and scared because the floor just cracked.

"I’m scared of heights in general – so when I saw that happen I was like, 'Nope, not going on'."

Willis Tower bosses insisted the family were not in any danger – as thick glass below the protective sheet was undamaged.

A spokesperson said on Tuesday: "The protective coating which acts like a screen protector for the ledge experienced some minor cracking.

"No one was ever in danger and the ledge was immediately closed.

"We replaced the coating last night and the ledge is open for business as usual."

A glass layer on the same deck shattered in 2014.

Chicago's Department of Buildings insist the tower's engineers are fit to inspect and repair the glass boxes.

The 110-storey Willis Tower was previously known as the Sears Tower.

It opened in 1973 and held the title of the world's tallest building for 25 years. 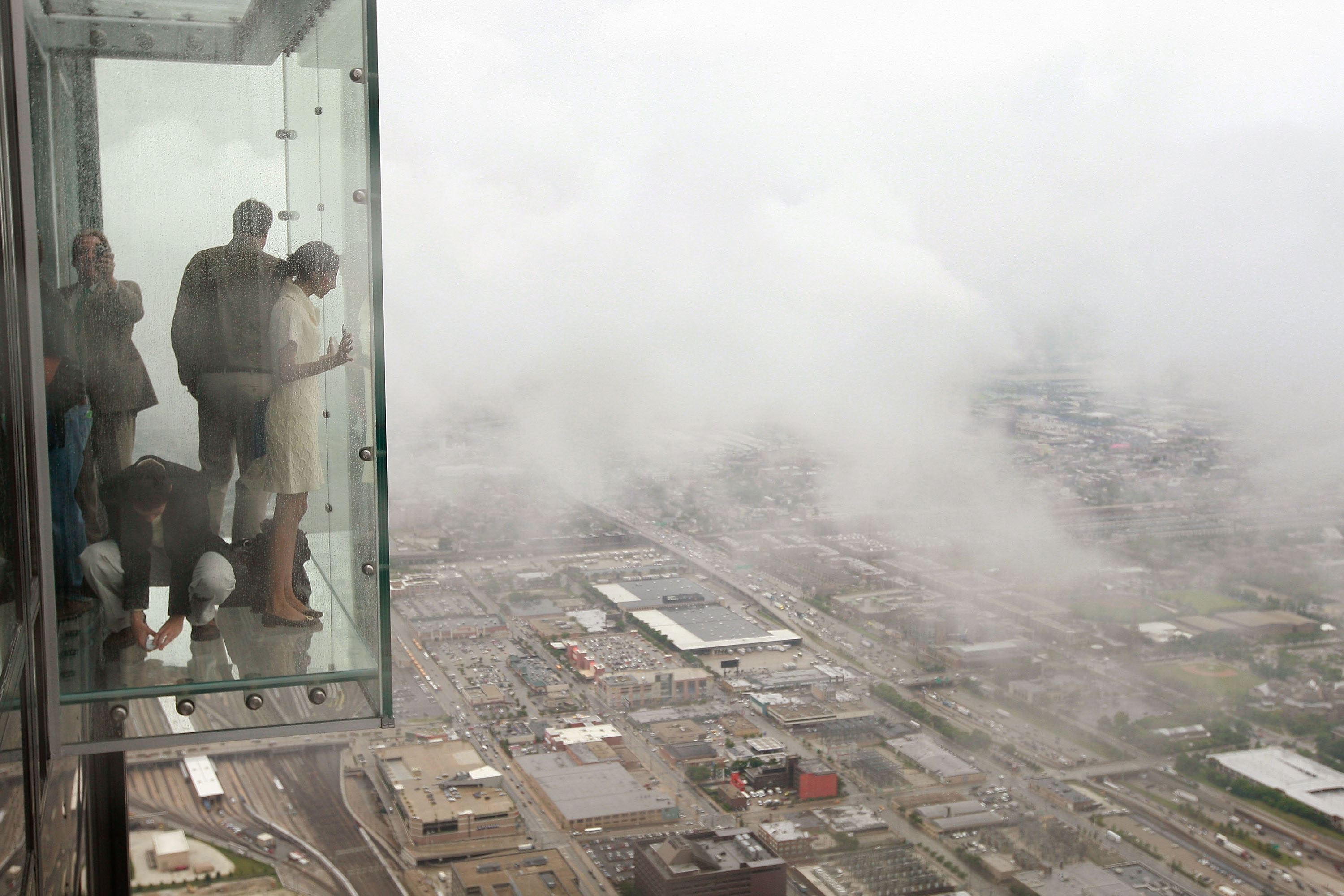 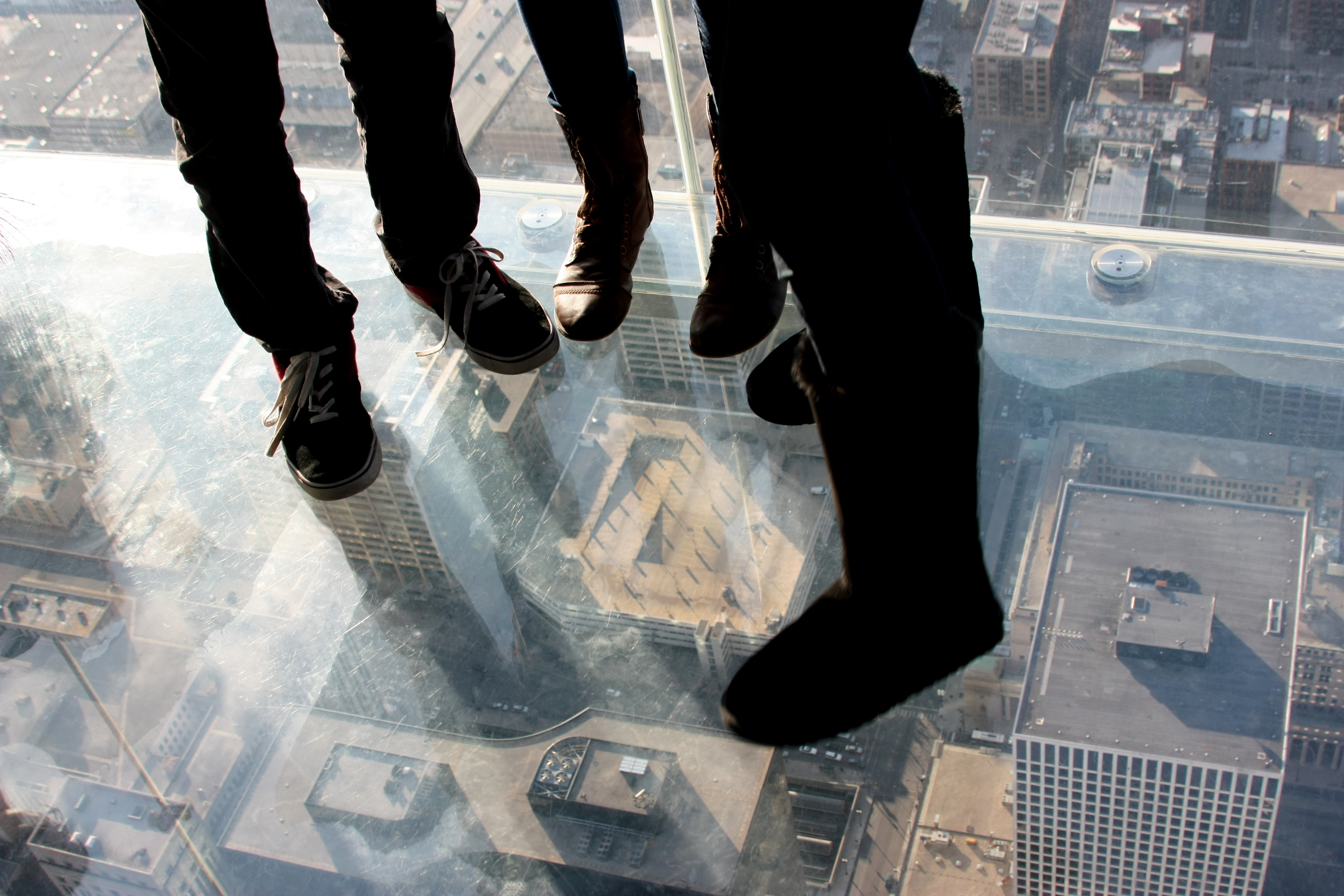 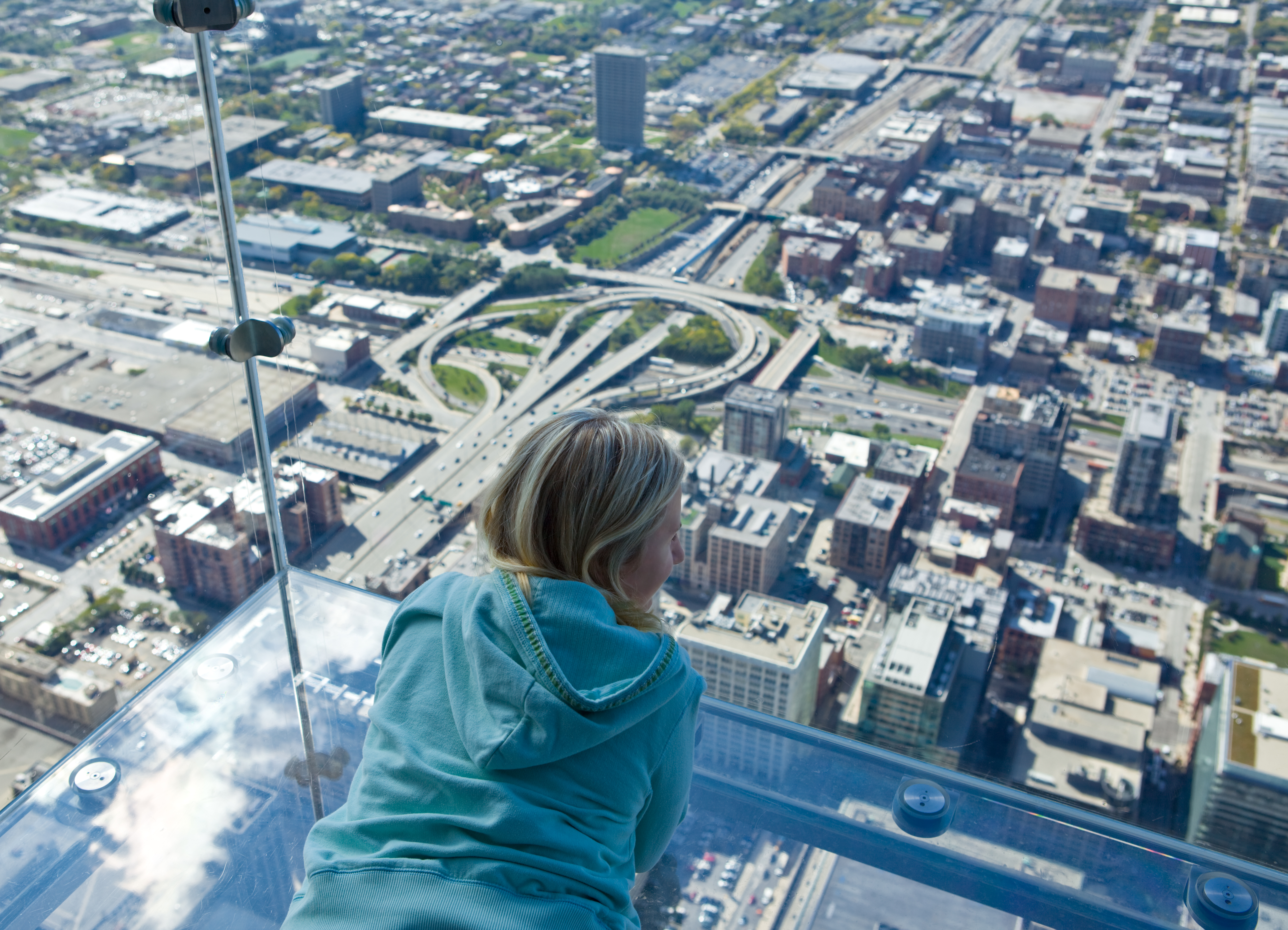