The bitter political rivals ended up in a fuming row over Brexit and the Iraq War – live on air. 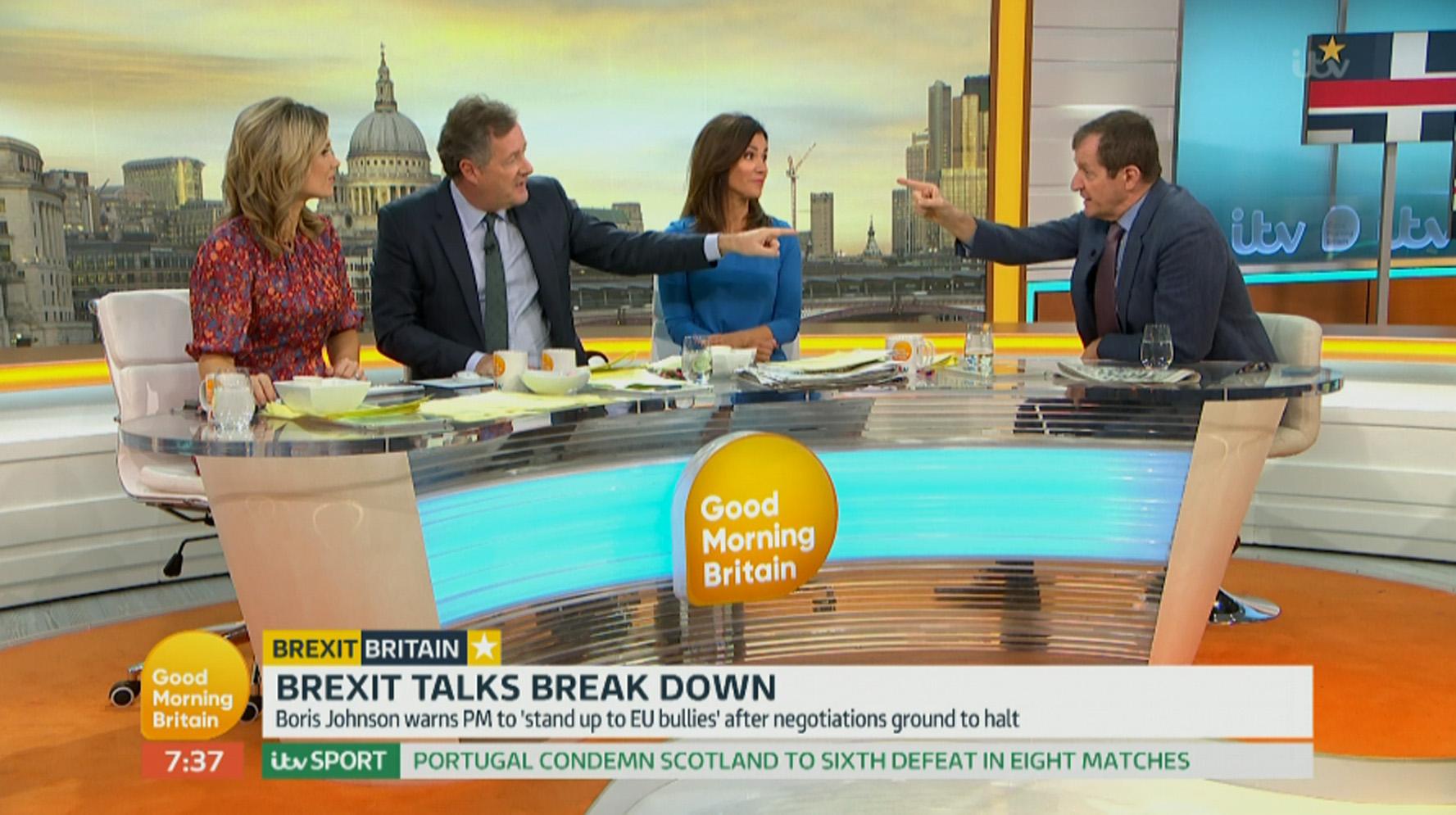 Guests Mr Campbell, who used to be Tony Blair's spindoctor, was meant to be debating Brexiteer MP John Redwood, who didn't get a word in edge-ways.

Host Piers told the Remainer, who wants to keep Britain in the EU: "David Cameron made it absolutely clear – this would involve leaving the single market and customs union and there would be no second vote… this idea that somehow 17.5million people are so thick they didn't hear it is so insulting."

But Alastair hit back: "When have I ever said that? Nobody voted for this mess!"

The debate quickly descended into chaos, with him telling the ITV host: "Piers, just shut up for a second! For God's sake Piers, stop your silly games!" 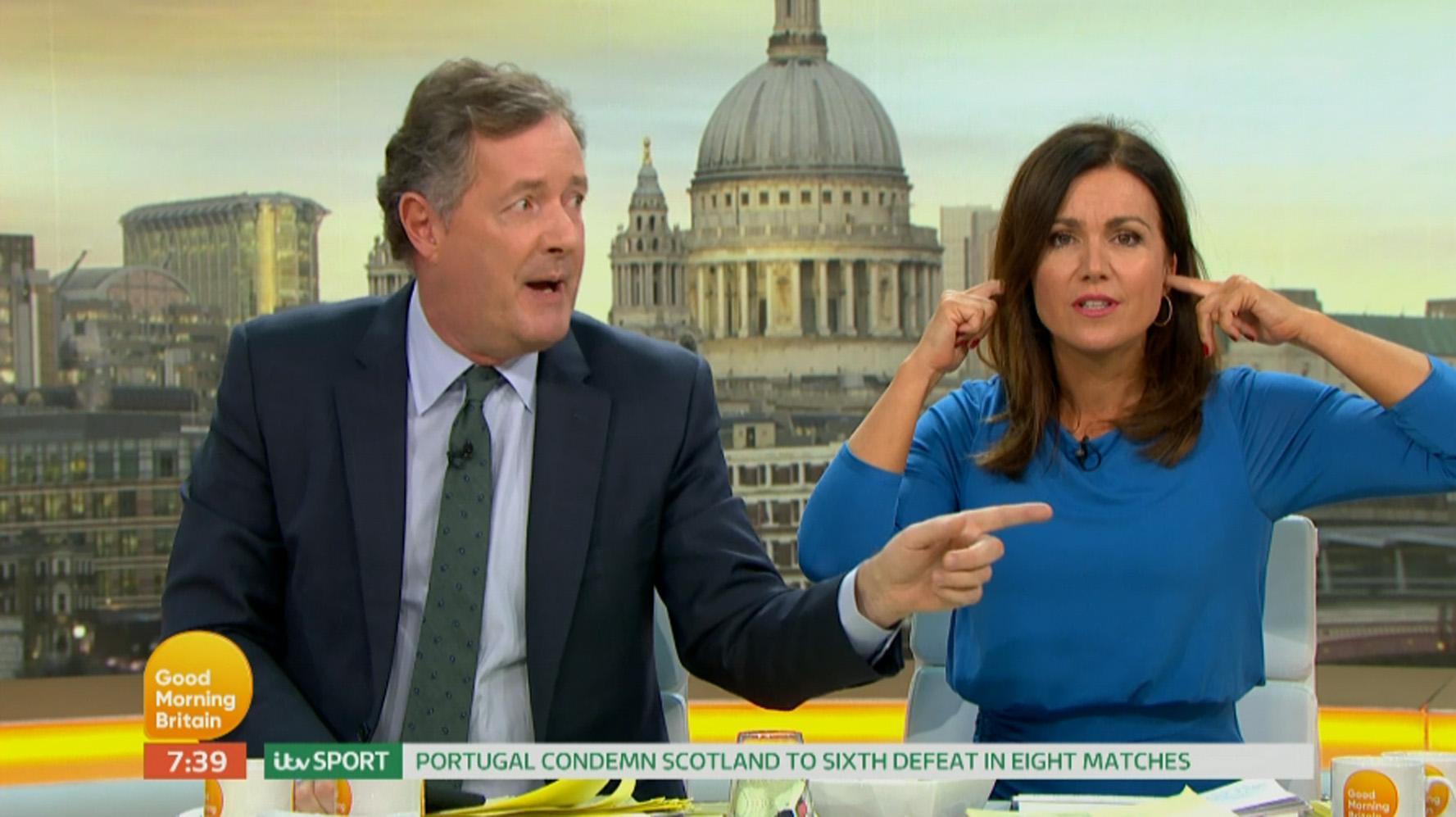 Piers' co-host Susanna Reid tried to break up the fight, telling them both to "stay calm", to no avail.

"Both, stop shouting at each other like alpha males!" she fumed. "I want to hear from John Redwood! Both of you, be quiet!"

However, then the argument continued into the realms of the Iraq War, with Piers telling Alastair: "You never gave those people a vote! The Iraq War, which killed a million people…History is really important."

The Remain campaigner stormed: "All that's important to you is the sound of your own voice, ranting on!"

Eventually Susanna managed to get a word in to split the warring pair up, to let Mr Redwood have his say, blasting the two men: "Stop it, both of you. I am so bored of both of you!"

"Can I have a few words please?" Brexiteer MP John Redwood sniffed.

"You've had a long argument between yourselves and the public would like to know the current position." 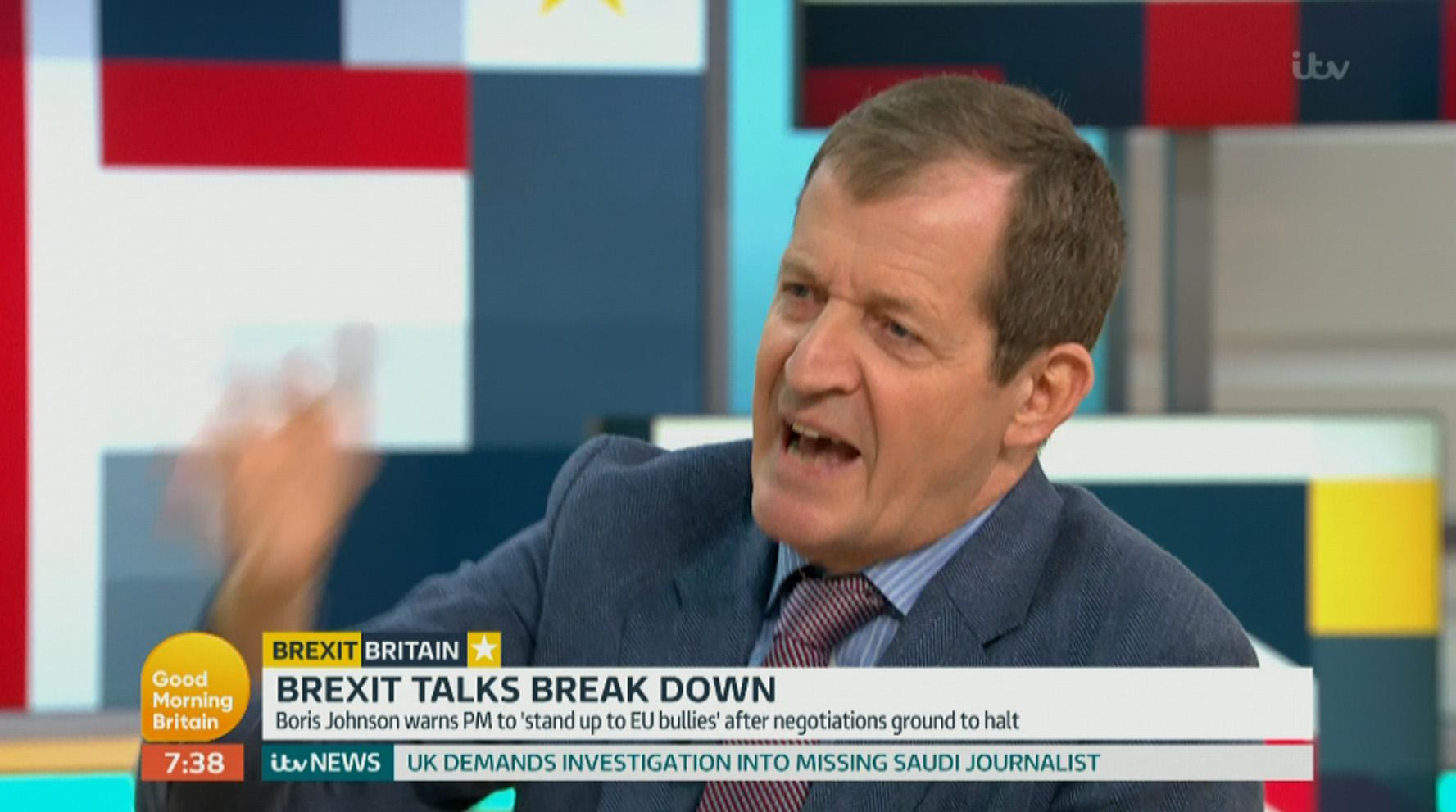 The blazing row comes hours after Brexit talks between the EU and the UK fell apart.

Ministers have been told they must start preparing for No Deal now after crunch talks broke down last night.

On another day of Brexit drama: