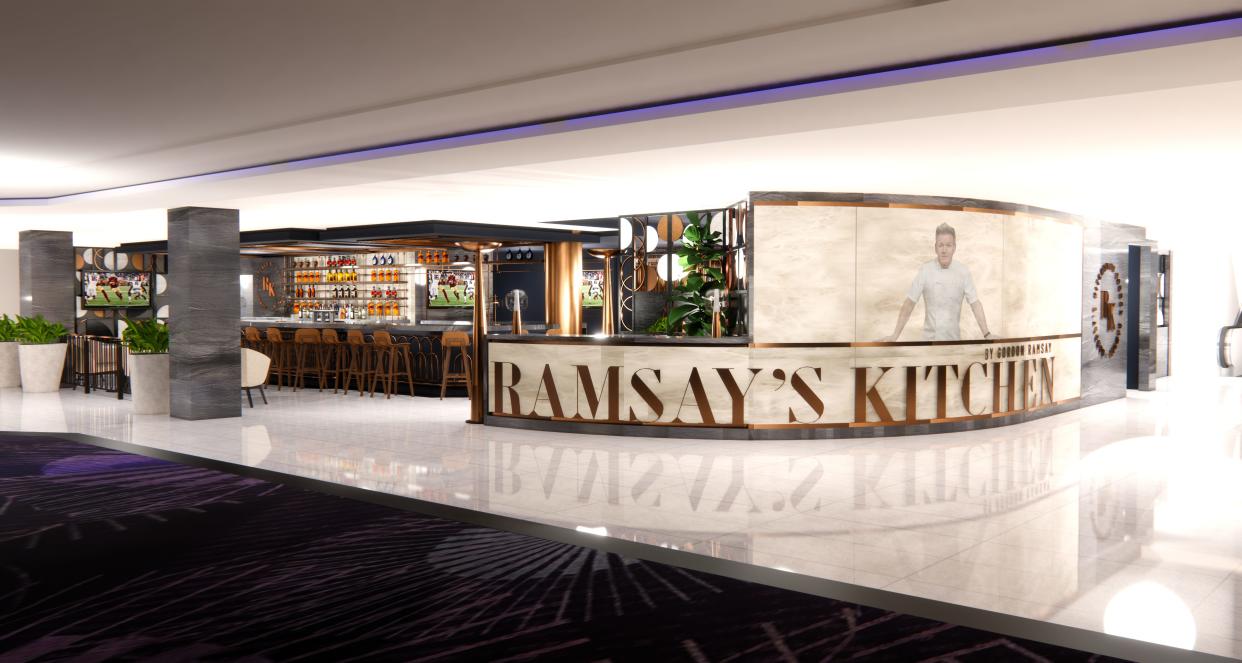 Despite launching five Las Vegas restaurants over the past decade, celebrity chef Gordon Ramsay isn’t done expanding his footprint along the Strip.

Ramsay’s Kitchen joins Hell’s Kitchen, Gordon Ramsay Steak and Gordon Ramsay Pub & Grill in the chef’s Las Vegas portfolio, all located within Caesars Entertainment property thanks to a partnership inked with the casino operator 10 years ago.

Ramsay, known for his role in shows like Hell’s Kitchen and MasterChef, says his newest offering will be a sophisticated yet approachable experience. The restaurant is set to open on Nov. 25.

“It’s not fine dining, but it is above what you’d expect,” he told USA TODAY. “I don’t want customers to come in and sort of think that they need to be on their best behavior, they need to relax. And it’s not Hell’s Kitchen with the severity of everything. It will be good, there’s no two ways about that, but it’s stripped of its seriousness.” 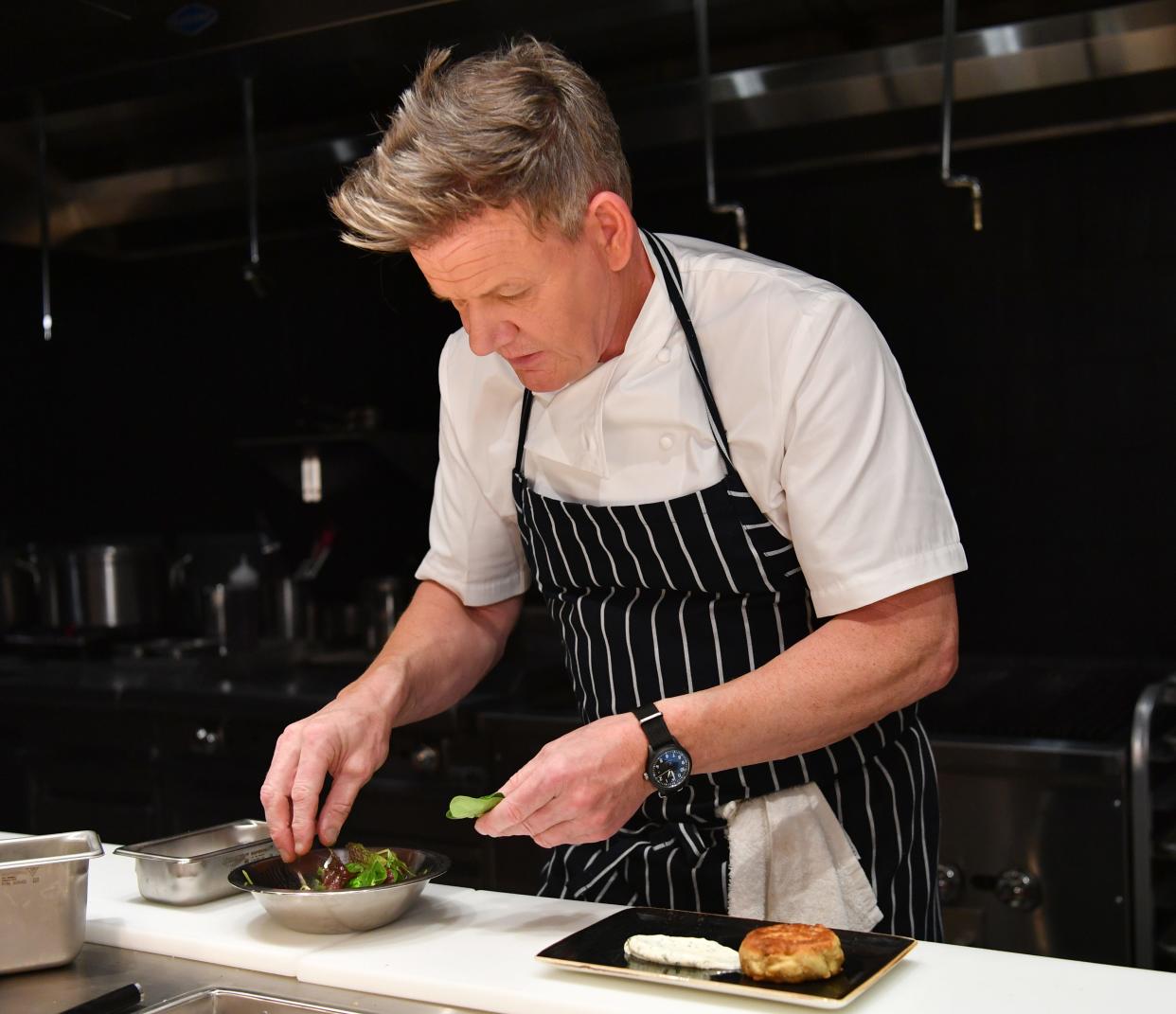 Las Vegas’ Sahara celebrates 70 years: Take a peek into the property’s past

How many Gordon Ramsay restaurants are in Las Vegas?

Ramsay’s Kitchen – a concept first introduced in Boston – will be the celebrity chef’s first Las Vegas opening since Hell’s Kitchen in 2018.

It’s also Ramsay’s first Las Vegas opening since the onset of the COVID-19 pandemic and lockdowns, a time when the Michelin-starred chef had his team rip up their menus and dive into research and development.

“We flushed away all the mediocre stuff, and so we’re coming back with a bang. Training new talent, building new platforms, and creating a much stronger culinary scene is what we need to do. But trust me, were’ coming back better,” he said. “Some of that effect has gone into Ramsay’s Kitchen.” 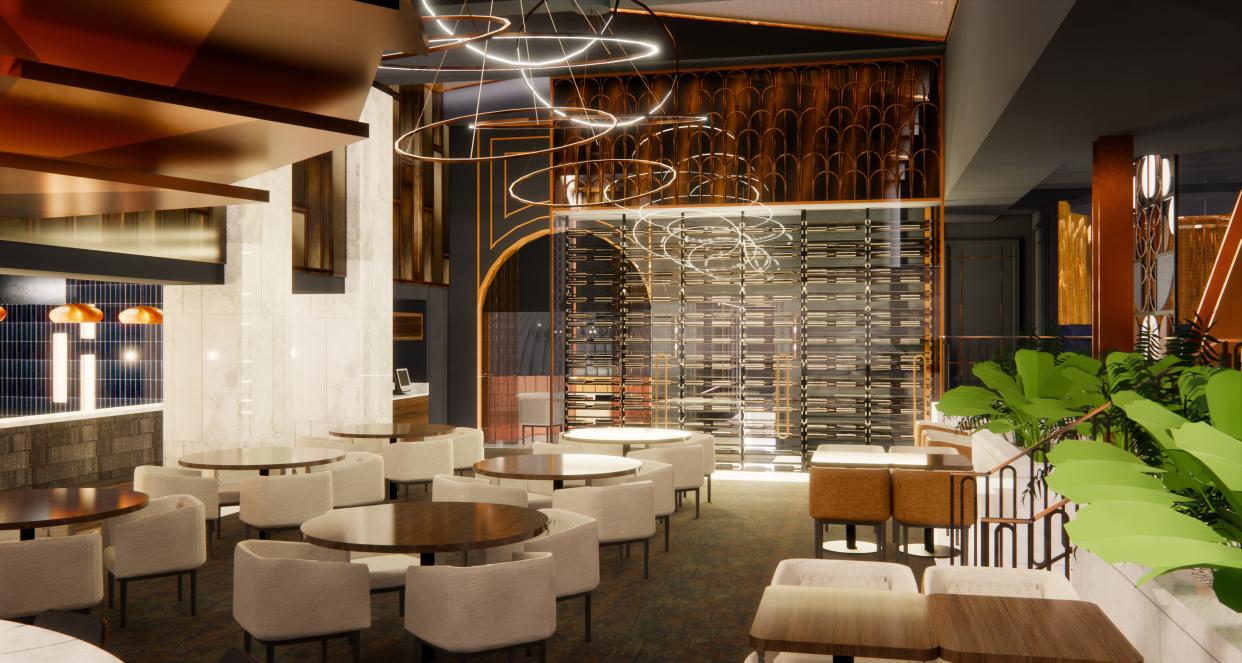 What sort of food is available at Ramsay’s Kitchen?

Diners can find some of Gordon’s classic dishes on the menu, including beef wellington and sticky toffee pudding, along with other dishes inspired by Gordon’s travel around the world. The chef says it will be “a sophisticated way of eating casual food,” with offerings “as seasonal as possible.” 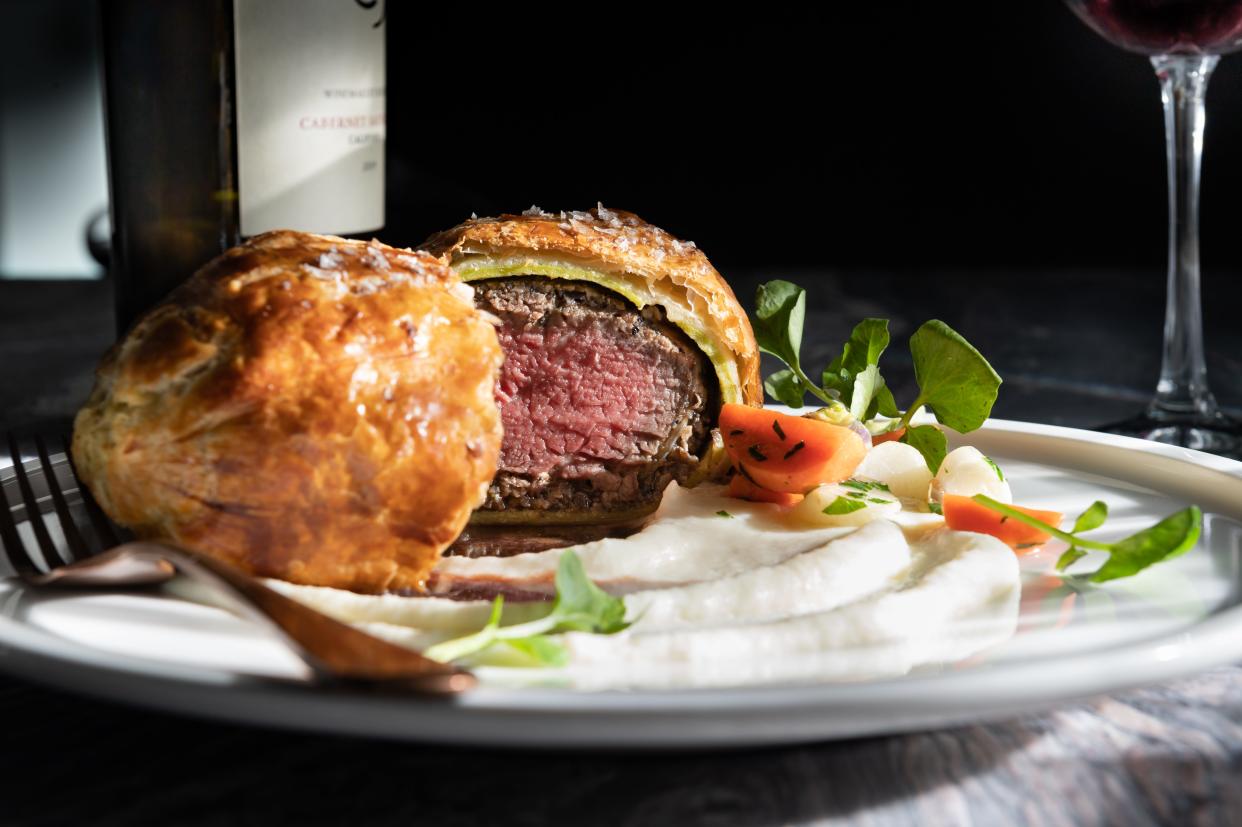 Two suggestions from Ramsay are the fish and chips and shepherd’s pie, who noted that his upbringing had a large influence on the menu.

“The crispy batter for the fish and chips – this goes back to my mum’s sort of basic recipe,” he said. “Growing up and watching your mum work three jobs to put food on the table, you sort of take that basis and replicate it. This batter is to die for.”

Where is Ramsay’s Kitchen located?

The 244-seat restaurant is inside Harrah’s Las Vegas on the Strip and features a full bar, private dining room and seven-seat seafood counter. 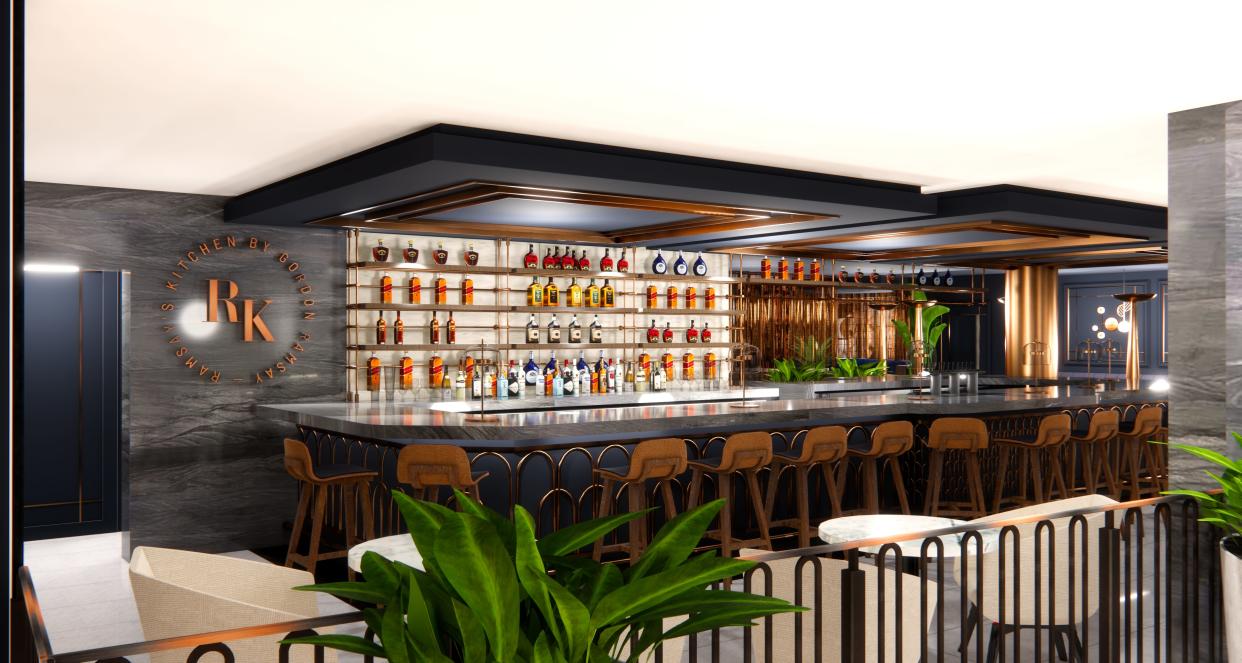 How can I make a reservation?

Reservations are now open through OpenTable. The restaurant will be open from 11 a.m. to 11 p.m.

“Whether you’re popping in for lunch of one course at half past four in the afternoon or you want a serious dinner in front of the kitchen at 10:30 at night, it’s got a level of flexibility,” Ramsay said. “It’s not about appetizers, entree, and desert. It’s a one-course or two-course special. Great sharing plates as well.”

You can follow USA TODAY reporter Bailey Schulz on Twitter @bailey_schulz and subscribe to our free Daily Money newsletter here for personal finance tips and business news every Monday through Friday.