It was the highest figure for October borrowing since 2015, and well above the £6.2billion economists had expected.

Tax receipts went up 1.2 per cent year on year, significantly lower than the 4.3 per cent rise seen for the year to date. 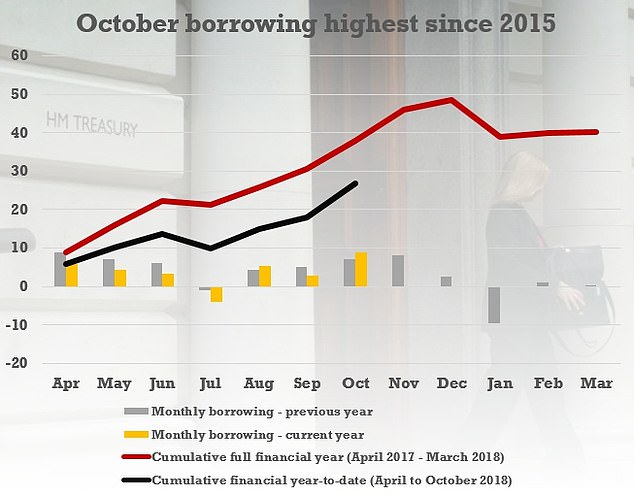 Meanwhile, the Office for Budget Responsibility (OBR) said government spending grew 7.7 per cent to £65.4billion due to higher spending on interest rates and goods and services.

Economists suggested UK plc might be suffering from ‘heightened uncertainty’ over whether there will be a Brexit deal.

However, despite the grim October figures, year-to-date borrowing is still sharply lower at £26.7billion – down by £11.2billion year-on-year and the lowest for 13 years.

Samuel Tombs, chief UK economist at Pantheon Macroeconomics, said: ‘Hefty public borrowing in October has brought the run of good news on the public finances to an abrupt end, though it’s too soon to conclude that the Chancellor is set to miss the forecasts laid out in last month’s Budget.’

But Mr Tombs said that borrowing would still equal just 1.3 per cent of gross domestic product (GDP), the lowest since 2001-02 and that the ‘modest fiscal stimulus planned for next year still could go ahead, given that the Chancellor incorporated £15billion of ‘fiscal headroom’ into the Budget plans’.

‘Much will depend on how well the economy holds up over the coming months, particularly given current heightened uncertainties over whether there will be a Brexit deal.’

A Treasury spokesman said: ‘This is our best year-to-date borrowing performance since 2005, thanks to people’s hard work and the Government’s careful management of the public finances.

‘Our balanced approach is getting debt falling while supporting our vital public services, keeping taxes low, and investing in Britain’s future.’ 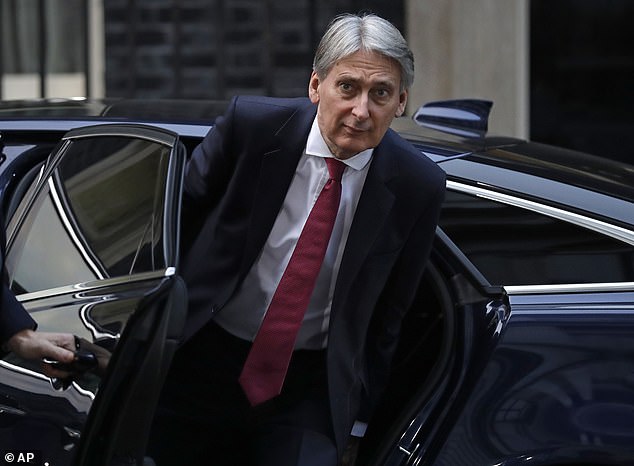