Government lawyers have written to British veterans asking for their recollections of the 1950s Cyprus conflict as they investigate allegations of wrongdoing by UK troops, it has emerged.

Former Royal Signals Regimental Sergeant Major Sam Bedwell reportedly received a letter asking whether he had witnessed ‘anything untoward’ during his service in the Cyprus uprising.

Mr Bedwell, 83, said he had not seen any such behaviour and slammed the ‘nonsense’ of compensation claims against former British soldiers, the Daily Express reported.

Last month the British Government denied any wrongdoing in Cyprus amid claims of rape and torture during the country’s struggle for independence. 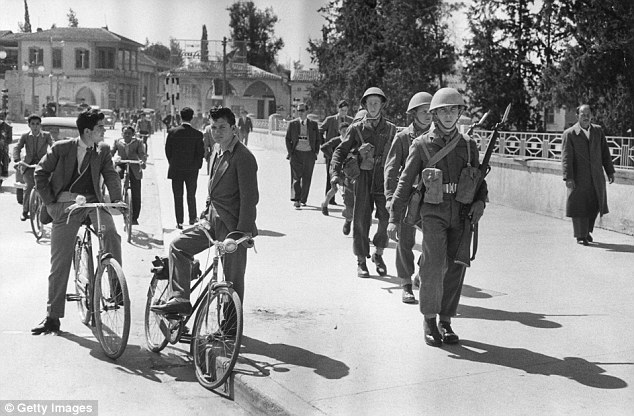 Britain also appealed against a High Court ruling that claims for human rights abuses could be heard in the UK.

The latest probe came to light after Mr Bedwell received a legal letter asking for ‘any recollection of events and matters’ related to the controversial clame.

Mr Bedwell said he had only seen ‘exemplary’ behaviour from British troops under what he called ‘very trying circumstances’.

Julian Lewis, the chairman of the Commons Defence Committee, said it was ‘outrageous’ for officials to go on ‘fishing expeditions’ so long after the conflict.

Other Cyprus veterans also slammed the latest investigation saying they had been fighting a ‘ruthless enemy’ and were ‘doing their duty’.

One document lodged at the High Court earlier claimed that British colonial forces had raped a 15-year-old girl and tortured civilian detainees with beatings and mock hangings.

Lawyers representing the Cypriots, who were mostly juveniles at the time, said they had irrefutable evidence, including detention and medical records. Britain denies all wrongdoing. 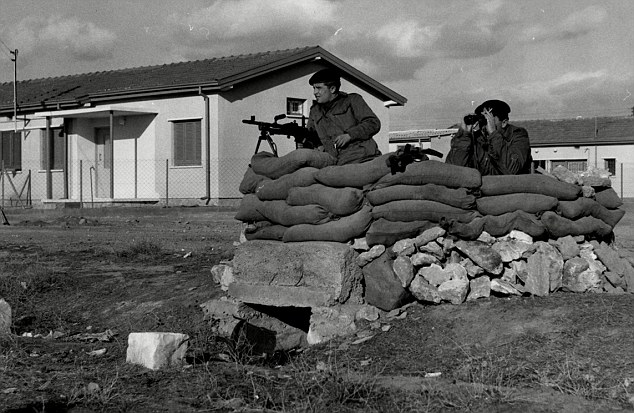 File photo: British soldiers are pictured patrolling in Cyprus. Government lawyers have written to British veterans asking for their recollections of the 1950s Cyprus conflict

The Cyprus insurgency began on April 1, 1955, when the National Organisation of Cypriot Fighters (EOKA) began a four-year insurgency against British authorities determined that ‘Cyprus shall never have self-determination’.

Cyprus gained independence in 1960 but Britain still has two large sovereign base areas – RAF Akrotiri and Dhekelia – which remain key to British interests in the Middle East.

Britain has already paid tens of millions of pounds to Afghan and Iraqi civilians after claims resulting from the more recent conflicts in the Middle East.