The 26-year-old, whose identity remains protected by New Zealand law, will face trial on 4 November.

Standing in the dock in a red and white checked shirt, the accused spoke only to answer to the single charge of murder.

After a 10-minute hearing, he was remanded in custody and will reappear on 3 April for a pre-trial case review.

Ms Millane, from Wickford in Essex, had begun a year-long journey around the world in October – starting in South America – and arrived in New Zealand on 20 November.

She disappeared on Saturday 1 December, the night before her 22nd birthday.

The backpacker was last seen alive on CCTV at 9.41pm that evening entering the CityLife hotel on Auckland’s main shopping street with her alleged killer, who had been staying there.

Ms Millane, who had arrived in Auckland the day before and was staying at a backpackers’ hostel, is reported to have met the man two hours earlier after making contact via the dating app Tinder.

She was reported missing by her close-knit family after failing to respond to messages on her birthday. 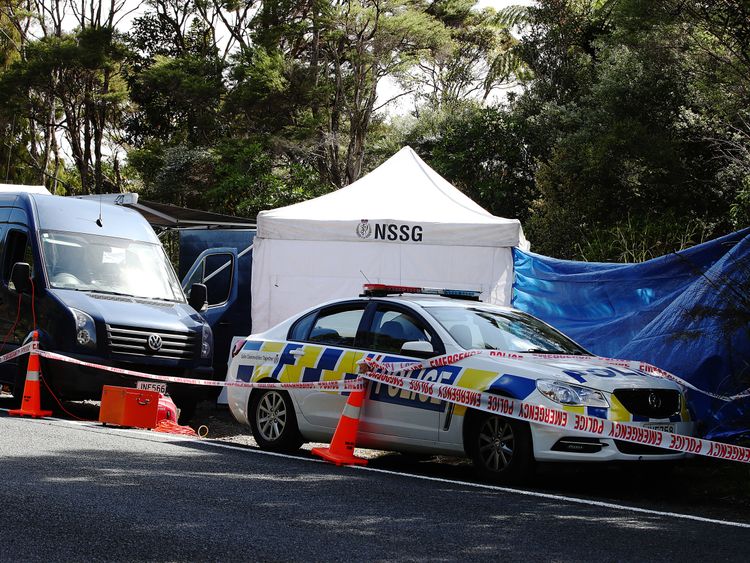 Her father David flew to New Zealand as dozens of detectives scoured the city for her.

The 60-year-old told media that his daughter, who had recently graduated from Lincoln University, was a “lovely, outgoing, fun-loving” girl who was usually in daily contact with her parents and two brothers.

The suspect was charged on 8 December and Ms Millane’s body was found hidden in dense forest undergrowth on the outskirts of the city the following day.

New Zealand’s prime minister, Jacinda Ardern, later made a tearful apology to Ms Millane’s family – speaking of “an overwhelming sense of hurt and shame” which had swept the country.

“Your daughter should have been safe here, and she wasn’t, and I’m sorry for that,” she told the family, as candlelit vigils and tributes were held for Ms Millane in cities throughout New Zealand.

Hundreds of mourners, including Detective Inspector Scott Beard, who led the murder investigation, gathered for her funeral at Brentwood Cathedral last week, which began with the hymn Amazing Grace.

Her brothers Michael and Declan read from the poem Until We Meet Again, saying: “Each morning when we awake, we know that you are gone, and no one knows the heartache, as we try to carry on.”