Curtis Mays, who was out in Queens with his daughter and granddaughter, said he felt like "throwing up" when he discovered the "extra" ingredient. 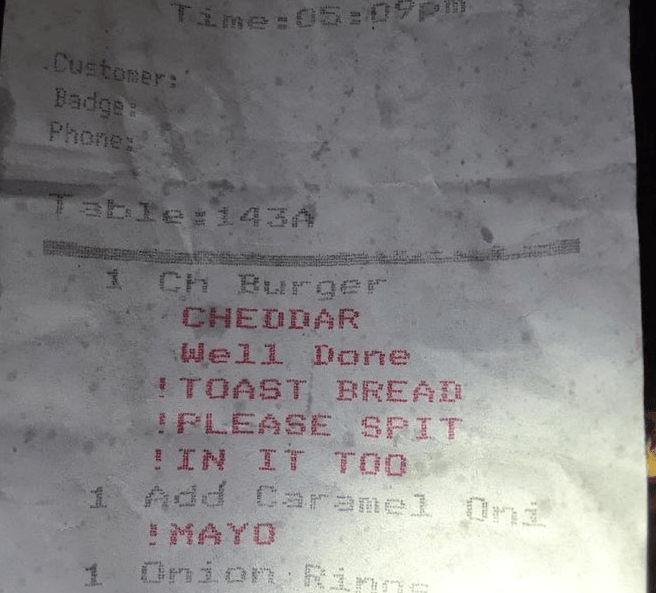 Mays said the ordeal at Bohemian Hall and Beer Garden, in Astoria, all began when his order got mixed up.

It was not until after he had already eaten the burger that the grandfather asked the waitress to check his receipt.

She denied writing anything about spitting but when he asks her who prints the receipts, she said: "I print it myself." 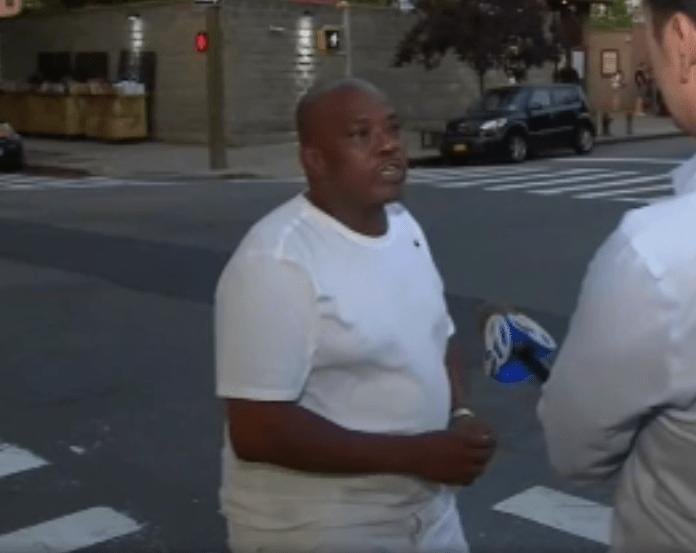 Curtis said he confronted her and accused her of lying but she simply walked off without offering an explanation.

The manager is reported to have fired the waitress and given Curtis a full refund for the horrible experience.

He also said he had never had a problem with that employee before and it was unlikely the chef actually spat in the burger.

Curtis told ABC7: "How can you compensate somebody for spitting on your food? I ate this already."

The Bohemian Hall and Beer Garden apparently has an A rating from the Department of Health.

It is also rated 4.4 out of 5 after more than 1,000 reviews on Facebook, though one recent customer slammed it for not being family friendly.