Grandfather, 84, died days after inadvertently being given two rounds of his prescription medication by Boots, inquest hears

A grandfather died days after inadvertently being given two lots of his prescription medication by Boots, an inquest has heard.

Richard Anthony Lee, 84, is believed to have taken twice as much medication as he should have when he was found lying lifelessly on his bedroom floor on December 15 2016, a coroner was told.

Mr Lee was taken to Doncaster Royal Infirmary, where he died holding his daughter Gail Pickles’s hand around five hours after first being admitted. 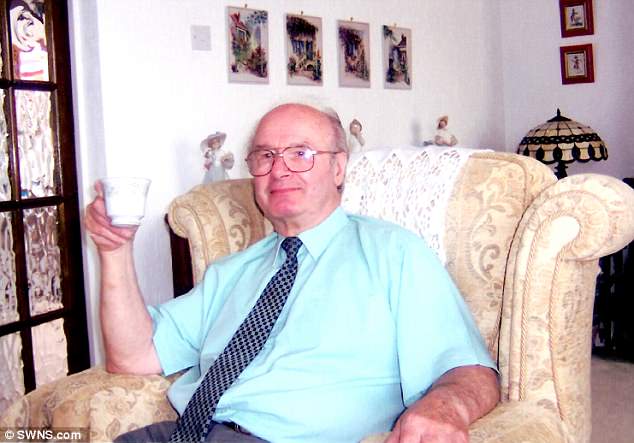 Richard Lee died after being given two lots of medication at Boots in Askern, Doncaster

Describing her father as a ‘quiet and reserved man’, Mrs Pickles told Doncaster Coroner’s Court that there had been confusion over the handling of the medication.

She claimed that the Boots pharmacist in Askern, Doncaster, had agreed to supply his medication – which included the antidepressant dosulepin and a range of drugs to reduce blood pressure – through Medisure packs, which lasted four weeks a time.

The court heard how the branch was suddenly unable to process the prescription in November 2016, meaning that responsibility was handed over to another Boots pharmacy on Frenchgate in Doncaster.

A short while later the handling of the medication was transferred to a third Boots pharmacy, which was attached to the Askern Medical Practice, where Mr Lee was a patient.

The inquest heard how the grandfather was then inadvertently given two lots of medication, one from each of the two last branches, around a week before his death.

Mrs Pickles said her father, of Norton, Doncaster, had appeared fatigued in the week leading up to his sudden death, but not sufficiently to cause any major concern.

Describing a conversation she had with him days before his death, she said: ‘He had seemed quite subdued and tired, and I remember having to repeat myself on several occasions.’

Mrs Pickles claimed that following the former joiner’s death, she and her husband had cleaned out his house, at which point they apparently discovered that he had been taking two doses of his medication.

When asked whether her father would have queried the delivery of two separate batches of the prescription drugs, she said he would have thought he was ‘expected to’ take them, and would not want to ’cause a fuss’.

The court heard from Carol-Anne McGhee, a receptionist at the Askern Medical Practice, how a request from the Frenchgate Boots for a repeat prescription for Mr Lee was first received and processed on November 21 2016.

However, on December 5 2016 she was told by the pharmacist at the Askern branch that they were taking over from Frenchgate, and another repeat prescription was then processed.

Mrs McGhee told the court: ‘Had it been a patient or someone else asking for the repeat prescription, I would have asked more questions, but because she has more authority than me, I did that for her.’

Toxicologist Dr Stephen Morley told the court how blood samples taken from Mr Lee following his death revealed a quantity of dosulepin, but he could not say whether this was the cause of death.

The inquest, which is expected to last three days, continues.