Mr Mitsotakis will enter strategic talks with Cypriot President Nicos Anastasiades, with the Turkish row and energy cooperation likely to top the agenda. The newly elected leader of Greece will hope to send a firm message to Ankara at the start of his premiership by striking up good relations with the disputed territory. The talks come after the Greek Foreign Minister Nikos Dendias told Israeli President Reuven Rivlin that Turkey must be sent a clear message over its regional behaviour.

He said: “It is always useful to take the opportunity to explain to our Israeli friends the problems Greece is facing with regard to Turkey’s provocations.

“Tomorrow I will accompany Prime Minister Kyriakos Mitsotakis on his first visit to Cyprus.

“And I think a clear message must be sent to the Turks.

“The violation of the sovereignty and sovereign rights of the Republic of Cyprus is unacceptable.”

Ankara and Athens have come to blows over Turkey’s drilling attempts in Cyprus’ Exclusive Economic Zone (EEZ), a vast area that only the Cypriot government are meant to have access to. 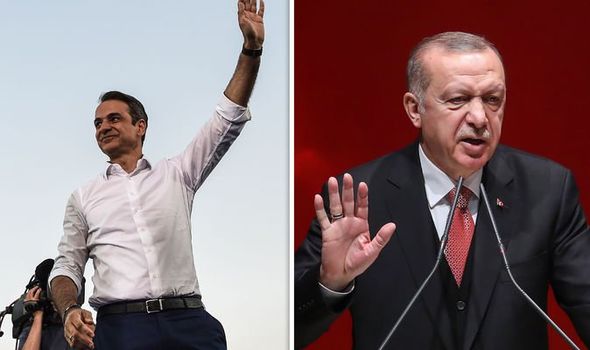 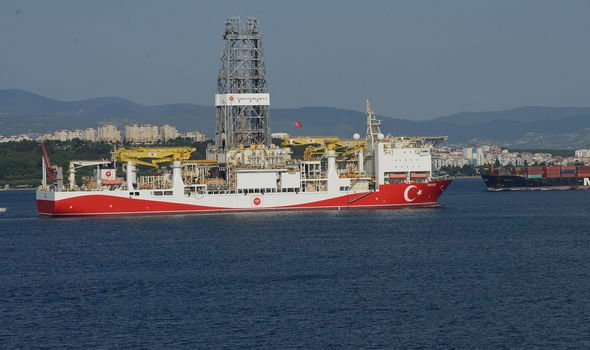 Two Turkish ships, the Yavuz and the Fatih, have been present on either side of the Cyprus coast since last month, much to Nicosia’s dismay.

Despite the threat of EU sanctions, Turkish President Tayyip Erdogan said that there was nothing wrong with Turkey’s actions due to the majority of Turkish Cypriots in the north of the country.

Former Greek Prime Minister Alexis Tsipras pressured Ankara to stop drilling in the region, but his bluff was called and tensions continued to heighten.

However, the last part of his tenure saw reciprocal visits by the two leaders in a joint effort to reduce tensions in the waters.

A Turkish defence ministry official said two weeks ago: “Turkish and Greek defence officials have agreed on 20 confidence-building measures as a result of these talks.”

This suggests that, for the new Prime Minister, the carrot may work better than the stick.

Analyst Serkan Demirtas suggests that, despite his foreign minister’s warring words, Mr Mitsotakis is on the right path.

He wrote: “Mr Mitsotakis, in one of his first addresses to the Greek Parliament, has called on Turkish President Recep Tayyip Erdoğan for a mutual approach in which both sides will take ‘brave steps.’

“He repeated that he wanted to proceed in line with international law and refrain from aggressive rhetoric and underlined that unnecessary tensions and an arms race will be to the disadvantage of both countries.

“In fact, President Erdoğan had expressed similar hopes immediately after the results showed that Mitsotakis would be able to form a single-party government in Greece early this month. 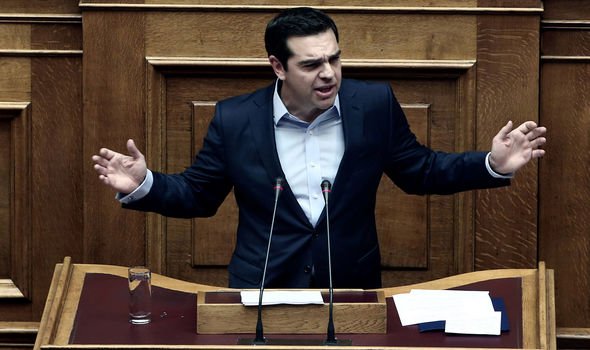 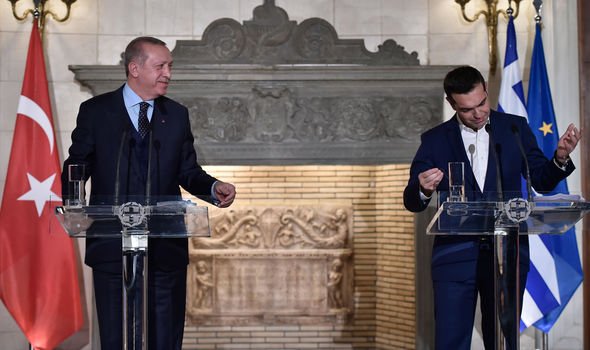 “Statements issued by Turkish officials at different levels have revealed Ankara’s intention to open a new chapter in ties with Greece under Mitsotakis’ rule.”

However, it is yet to be seen whether Erdogan will be prepared to give up his drilling operation for the sake of improved relations with Athens.

Cyprus has been a flashpoint for tensions between Greece and Turkey ever since Ankara invaded the island in 1974.

It currently occupies the northern third of Cyprus, which has a majority of Turkish Cypriots.