Greece 'sets up soundwave guns on its borders with Turkey'

Originally developed for long-range communications, the soundwave gun’s high decibel capacity has led to it being used as a controversial method of crowd control.

The devices have been set up in the Greek province of Alexandroupolis alongside the Maritsa river, which runs through the Balkans and southeast Europe.

The guns can emit powerful sound waves which may cause pain and shock to the human body. 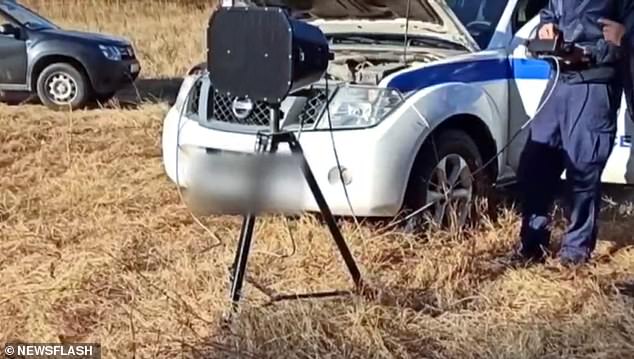 The country’s plan is to use them to drive away crowds that might try to either cross a land border, or come ashore by boat.

The soundwave guns are already also used on airports to keep wildlife away and also at wind and solar farms, nuclear power facilities and gas and oil platforms but their usage on people in crowds is more controversial.

The LRAD devices, also known as sound cannons and sonic weapons, can be used on land or mounted on vehicles.

Meanwhile, additional border guards have been sent to the area with the use of four drones and 15 thermal cameras to help them detect migrant night crossings.

The guards also have 10 armoured vehicles and five dinghies to help defend the border region.

Due to the increased number of migrants crossing into Greece from Turkey in their attempts to enter Europe, the Greek authorities have taken extensive precautions since February and closed the Kastanies border with Turkey’s Pazarkule checkpoint.

Greek forces even dug a trench at the border point opposite Pazarkule and increased the number of guards.

In March, security forces set up extensive barbed wire fences at Kastanies on the banks of the Maritsa River.

Despite this, thousands of immigrants continue to cross the river by boats to enter into Europe.