The leaders of Greece’s fascist Golden Dawn party were sentenced to prison on Wednesday for running a criminal gang linked with hate crimes.

The court also handed a life sentence to Golden Dawn member Yiorgos Roupakias for the murder of Pavlos Fyssas, an anti-fascist rapper, and 10 years in jail for belonging to a criminal group.

Golden Dawn, founded in the 1980s and once Greece’s third-largest political party, entered parliament for the first time in 2012 at the peak of an economic crisis on a fiercely anti-immigrant platform, tapping into public anger over painful austerity measures and what many saw as a corrupt and cosy political establishment.

Other former lawmakers were sentenced to five-seven years in prison for being members of a criminal group. The court will decide later this week if any of the sentences can be suspended.

Golden Dawn’s top figures were arrested in 2013, after the killing of Fyssas prompted huge protests across Greece and led to a government crackdown on the party.

Police found unlicensed weapons and Nazi flags in the homes of party members.

A total 68 had been on trial, including the entire Golden Dawn leadership, accused of four crimes.

“Pavlos, you did it!” the rapper’s mother, Magda, shouted outside the court after the verdict was announced, her hands raised in triumph.

She has attended most of the hearing’s 453 sessions and was again present in court on Wednesday.

“The court has simply upheld the recommendation made yesterday by the prosecutor. It hasn’t lightened them nor made them any heavier, except in the case of the killer (Roupakias),” said Al Jazeera’s John Psaropoulos, reporting from Athens.

“He not only receives a life-sentence for murder, he also gets an extra 10 years on top of that for associated crimes such as weapons possession.

“The killer is convicted of felony and murder, but the six leading MPs being convicted of running a criminal organisation is far more important. It is essentially a condemnation of the party and apparatus.” 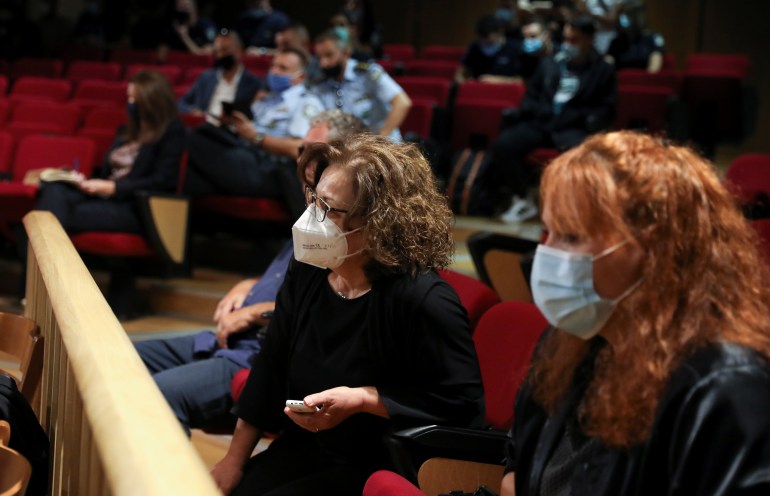