The charred block was tonight brightly illuminated 12 months after a kitchen fire in one of the flats sparked the deadly inferno. 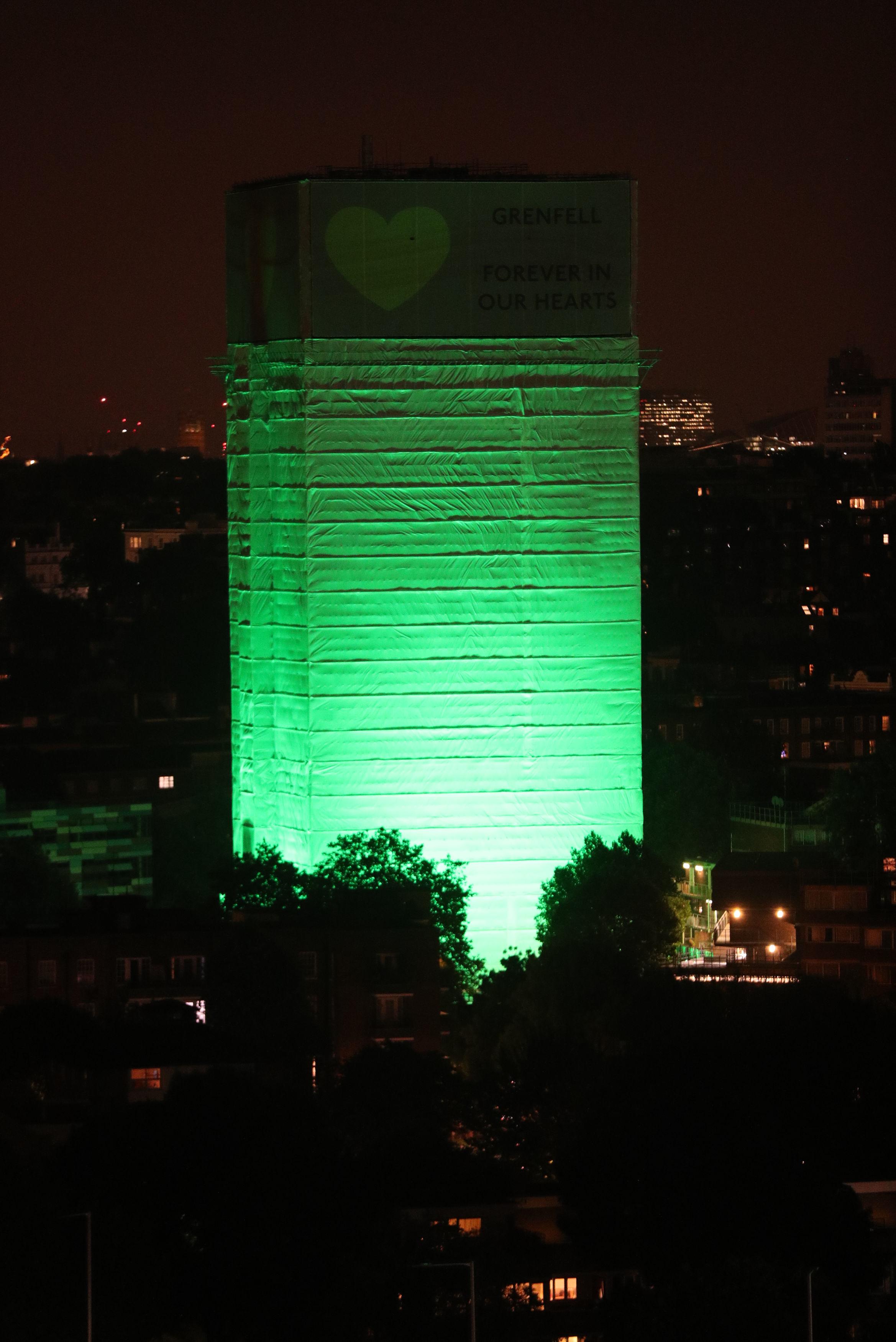 Landmarks across the capital – including Downing Street and the London Eye – will change their lights at 12.54pm – the time the first 999 call made.

Grenfell Support, which provides help for those affected by the tragedy, tweeted:" From 54 minutes past midnight on the 14 June until the 17 June, 12 local high-rise buildings will be illuminated green to pay tribute to the victims and survivors of the Grenfell Tower tragedy."

The residential blocks will stay illuminated for the next four nights from 8pm until to midnight as part of the moving tribute.

It is one of the many events organised to mark the anniversary, with the names of all 72 victims being read out at nearby St Clement’s Church at 1.30am. 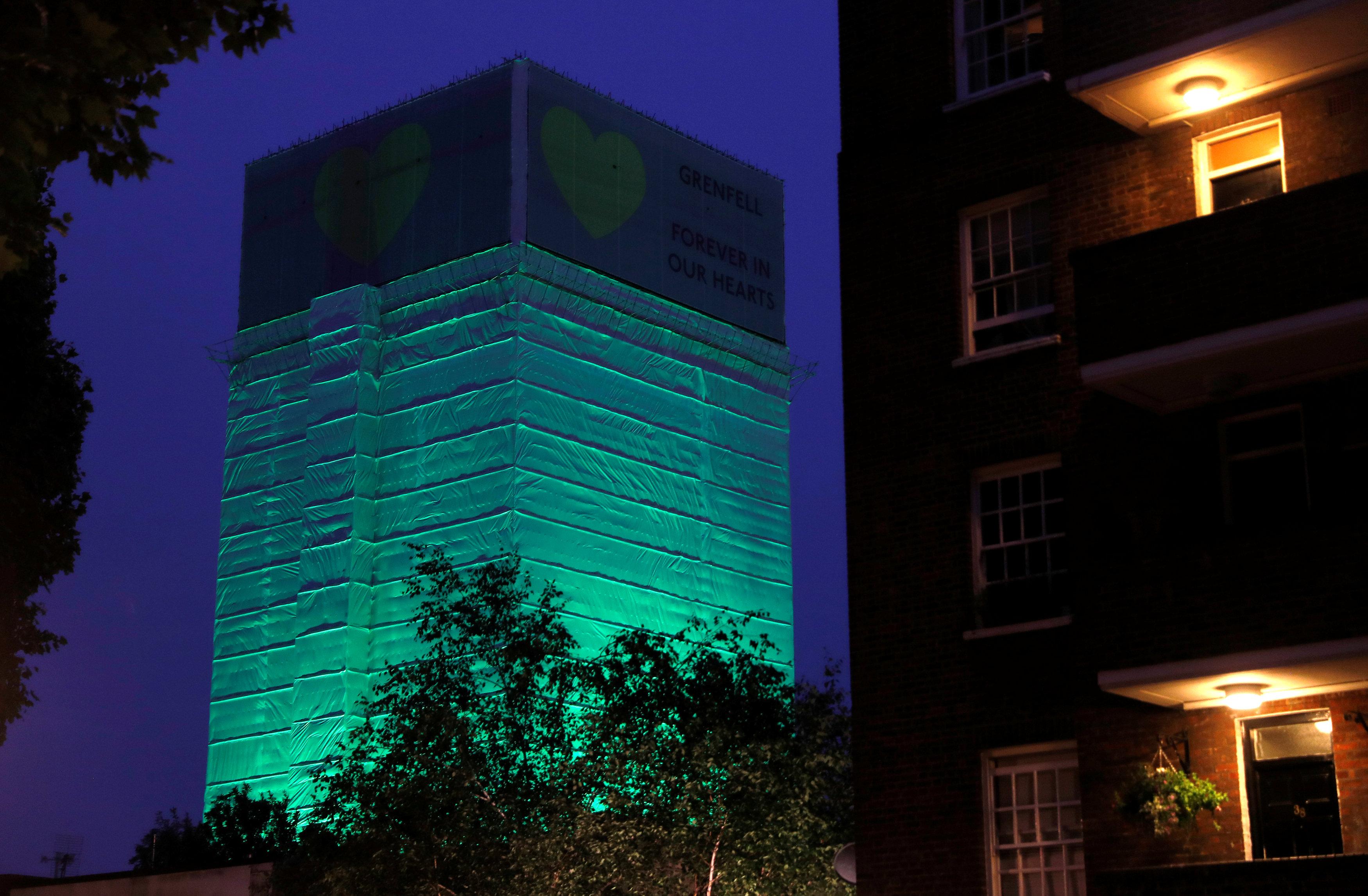 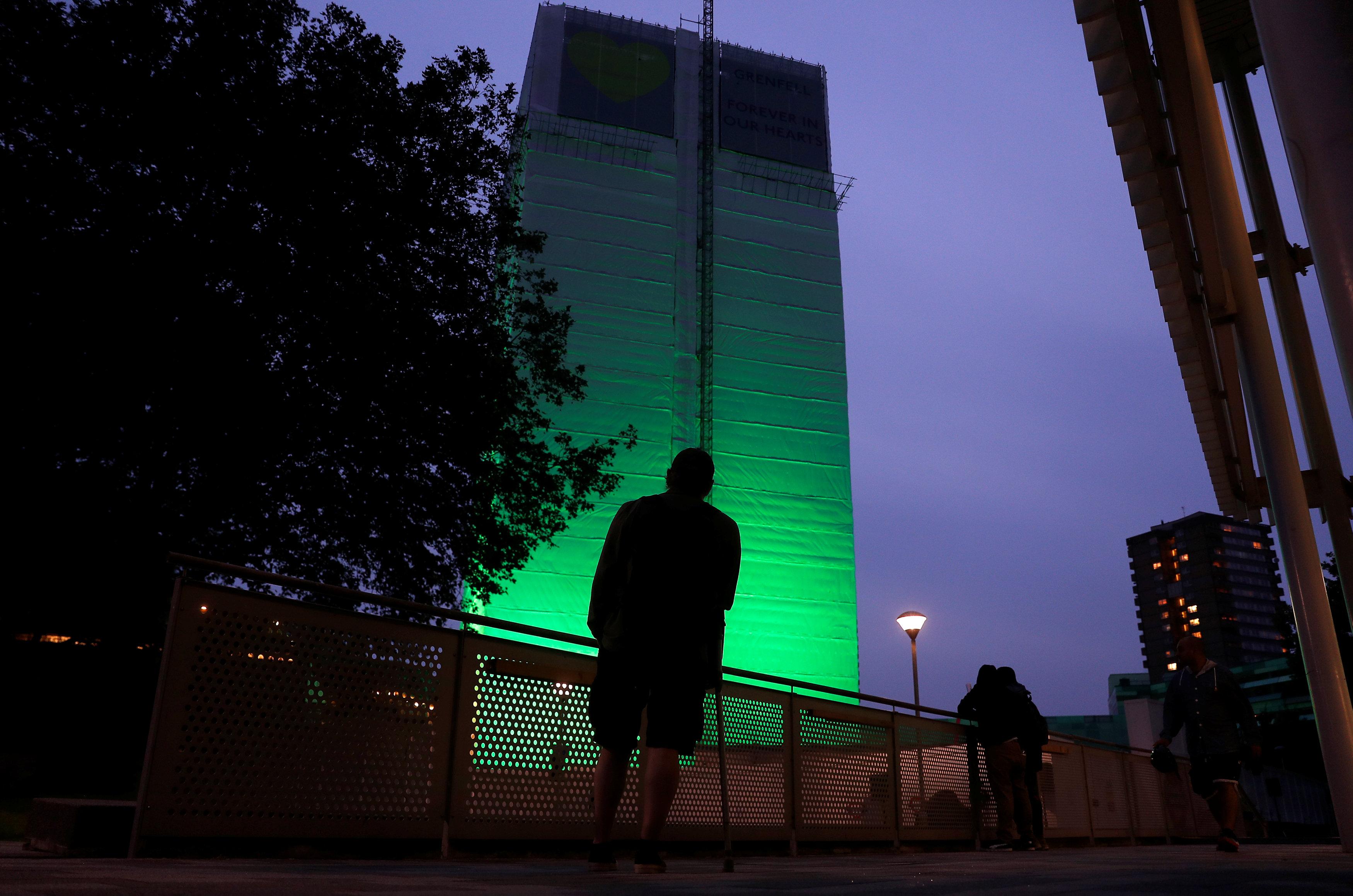 At midday today, survivors and the victim's families will gather close to the tower's base to observe a minute's silence.

And at 6pm tomorrow, a silent walk will take place in the shadow of the gutted 24-storey tower before finishing at Kensington memorial park.

Grenfell is now completely covered by a white sheet with banners featuring the green Grenfell heart and the words "Grenfell forever in our hearts" emblazoned across the four highest floors. 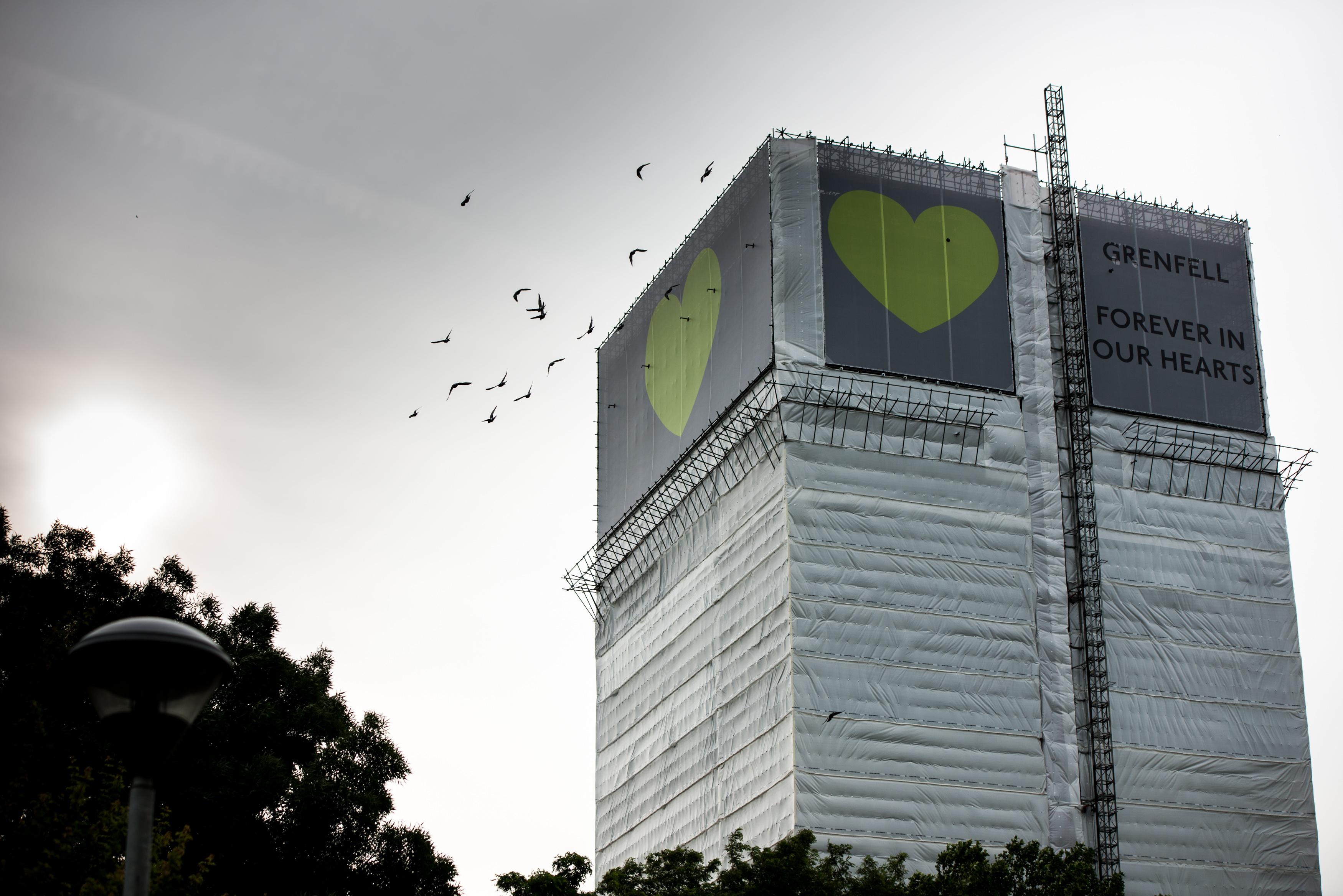 Prime Minister Theresa May yesterday met with residents and apologised for not meeting with survivors in the immediate aftermath of the blaze.

More than 60 families will be spending the day in emergency accommodation, with only 83 in permanent homes.

A further 52 households are in temporary accommodation after losing everything in the fire.

Terrified residents were told to stay where they were as flames began to ravage the tower block in June last year killing at least 72 people. 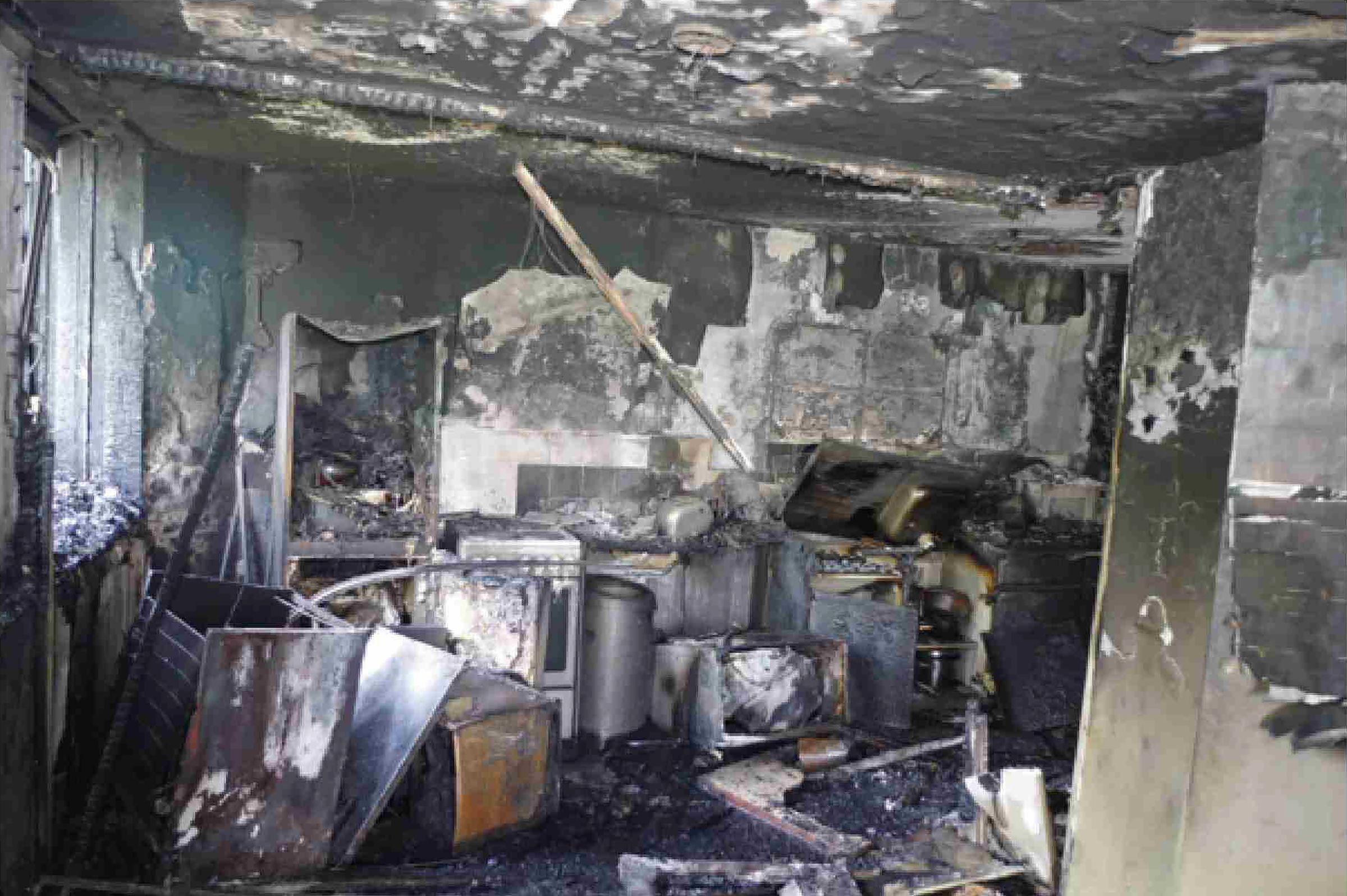 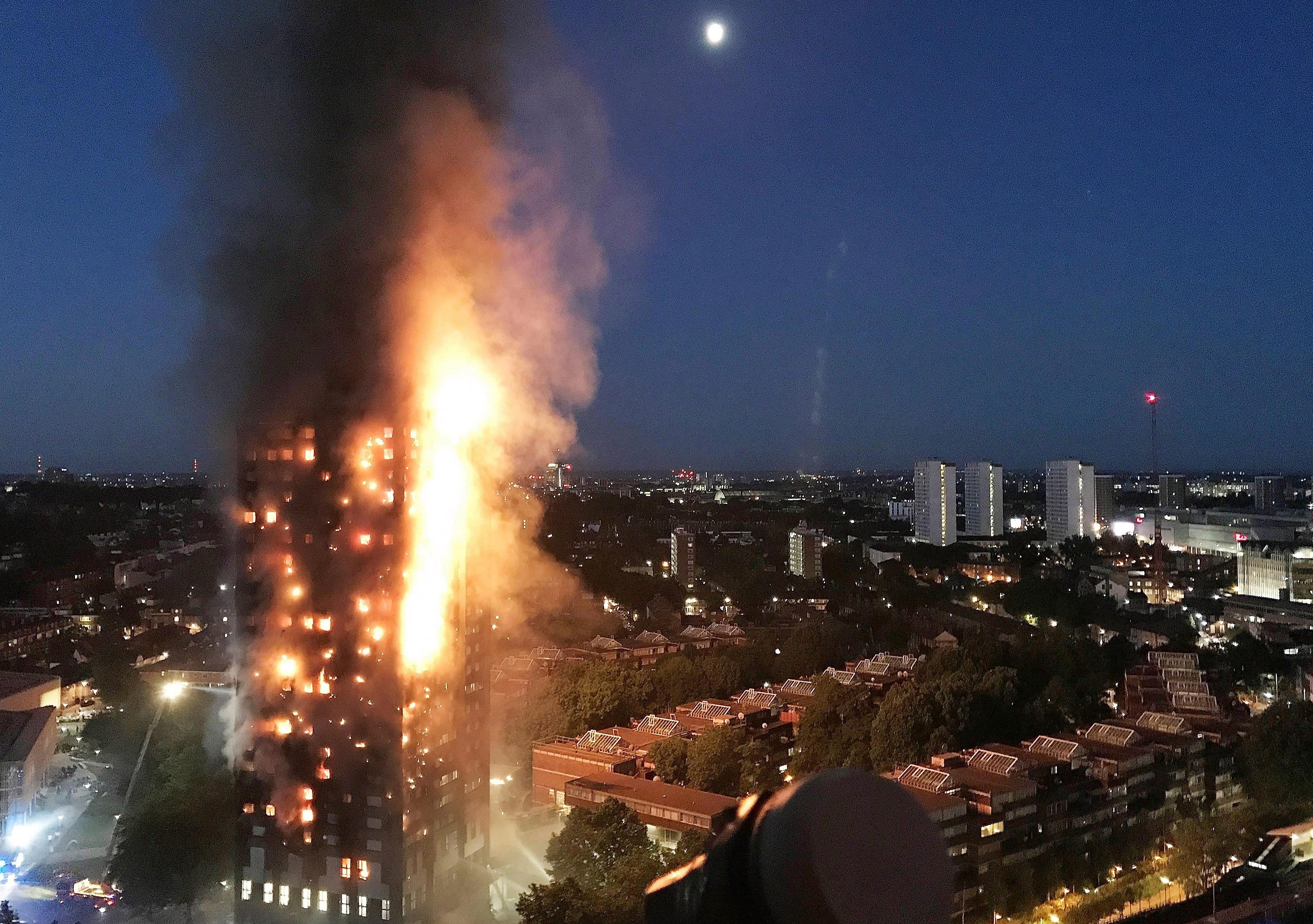 The Metropolitan Police are looking into how the fire was managed and London Fire Brigade's response, with potential offences likely to fall under the Health and Safety at Work Act.

A report by fire protection expert Dr Barbara Lane found residents should have been told to evacuate within 46 minutes of the fire starting at just before 1am on June 14.

They were instead told to remain in their flats – but by the time those instructions were abandoned at 2.47am, it was too late for many to get out.

Frantic residents had to step over dead bodies in the toxic smoke-filled stairway as they ran to safety as flames engulfed the building.

The Sun revealed today how JustGiving has pocketed £200,000 from Grenfell Tower donations – keeping hold of five per cent of the £4million given to help survivors and relatives.