Hurricane Michael’s death toll climbed to 17 on Friday as search-and-rescue crews continue to sift through the wreckage of once-bustling oceanside cities, like Mexico Beach and Panama City Beach, four days after the storm came ashore.

Mexico Beach was largely decimated when Michael made landfall there Wednesday as a Category 4 storm with maximum sustained winds of 155 mph.

“There are individuals who are deceased. We do not have a count, but we are working to identify them,” Miami Fire Chief Joseph Zahralban, leader of a search-and-rescue team in Mexico Beach, told The Associated Press. 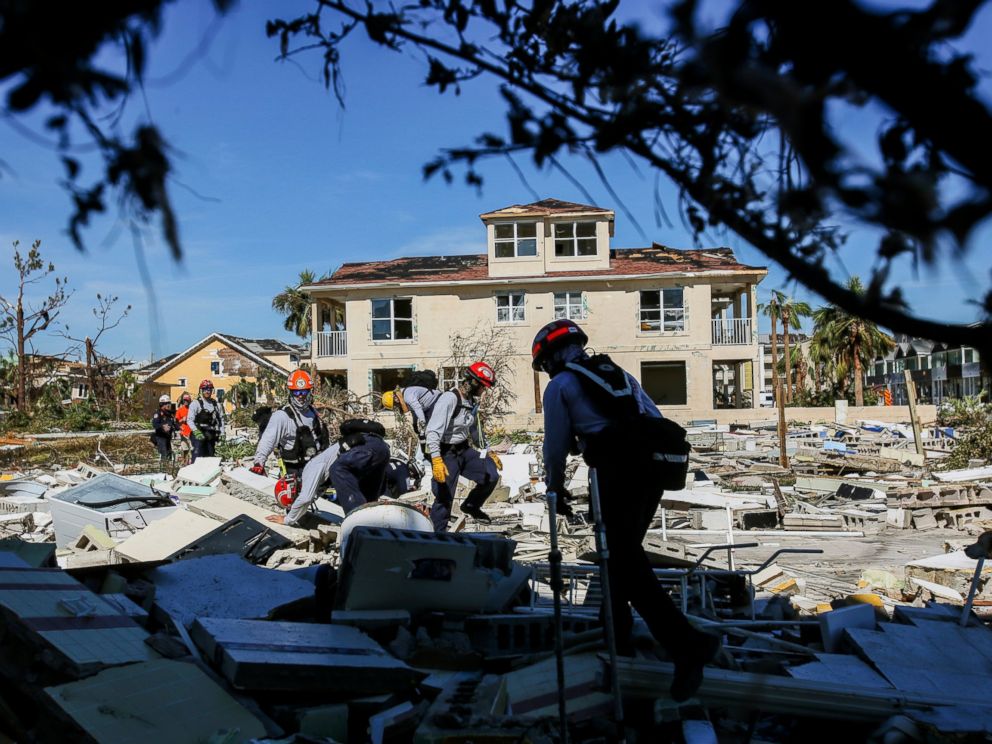 One body was found in the wreckage of a home in the town on Friday, but teams planned to be back out to comb through the debris on Saturday.

Of the 17 killed in the storm, eight were located in Florida. Four people died in Gadsden County and three died in Jackson County, in addition to one recovered so far in Mexico Beach, located in Bay County. Jackson County Emergency Management Agency Director Rodney Andreasen said one of the fatalities in Jackson County occurred when a man was struck by a tree in Alford.

“I hope we don’t see that climb dramatically, but … we still haven’t gotten into some of the hardest-hit areas,” he said. 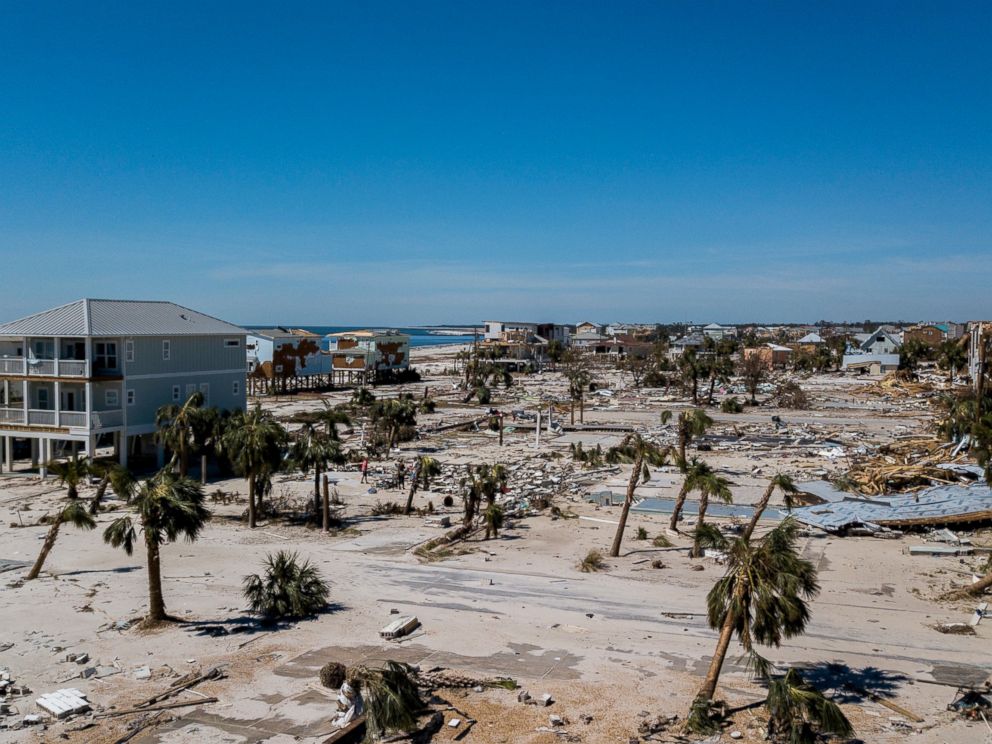 Ray Jadallah, from the Miami-Dade County Florida Task Force 1, has spent the last two days — 20 hours a day — digging through debris in Mexico Beach. He said they are ignoring intact structures and painstakingly going door to door at collapsed buildings, first making noise to alert anyone who could be inside that they are not looters, and then sending in a cadaver dog to search for any bodies.

So far, they have located just one dead body, a relative relief for Jadallah, who did the same work following Hurricane Katrina when they found “numerous victims.” The destruction in Bay County has largely been from wind damage, as opposed to the flooding during Katrina.

“We were just surprised by the sheer damage,” Jadallah said of arriving in Mexico Beach after Hurricane Michael. “Literally overnight it went from a Category 1 or 2 to a Category 4, almost borderline 5. This type of destruction we haven’t seen since I was a kid and that was Hurricane Andrew. This is pretty extensive, the damage. It’s going to take some time for them to get back on their feet.”

Hurricane Andrew killed 44 people in South Florida when it made landfall near Homestead on Aug. 24, 1992.

About 285 people defied mandatory evacuation orders in Mexico Beach. Police made two sweeps of the town Wednesday morning and recorded names of everyone who planned to stay, though officials said it is impossible to know who might have left during or immediately after the storm. 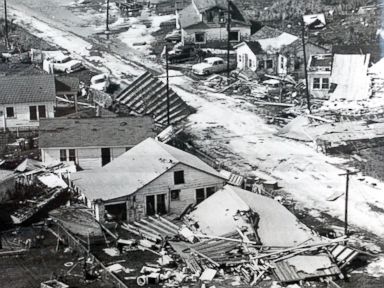 “We don’t have a building — from my understanding the water surge moved it off its foundation,” Mexico Beach Police Chief Anthony Kelly told ABC News Friday. “The officers, I finally made accountability of them all today, two days after the fact. … They’re not just my officers, the people that I work with, they’re my family.”

Neighboring Panama City was hit just as hard as Mexico Beach. Many survivors told of hunkering down in their homes as they were torn apart by the 150 mph winds.

“I decided to stay because my family decided to evacuate, but the pets had to stay here,” Panama City resident John Pandullo said. “They didn’t have a place to go. So I wanted to protect them or be there for them in case something like this happened — and it did.”

Pandullo rode out the storm in a closet with his dog, Rosie, as the house literally collapsed around him. The roof caved in and the living room and garage of his parents’ home no longer exist.

“It was just so crazy and it’s just so bad,” he said. “The dog was right here and she would not leave my side and she would not move. She was shaking extremely bad. And the winds were coming in and the rain was all pouring down on us and basically I waited for over an hour.

“I managed to make a phone call actually at the peak of the storm, and I was actually able to talk with my parents at the time,” Pandullo continued. “And my mom was praying with Jesus on the phone about it the whole time you know — ‘Please let him be alive.'” 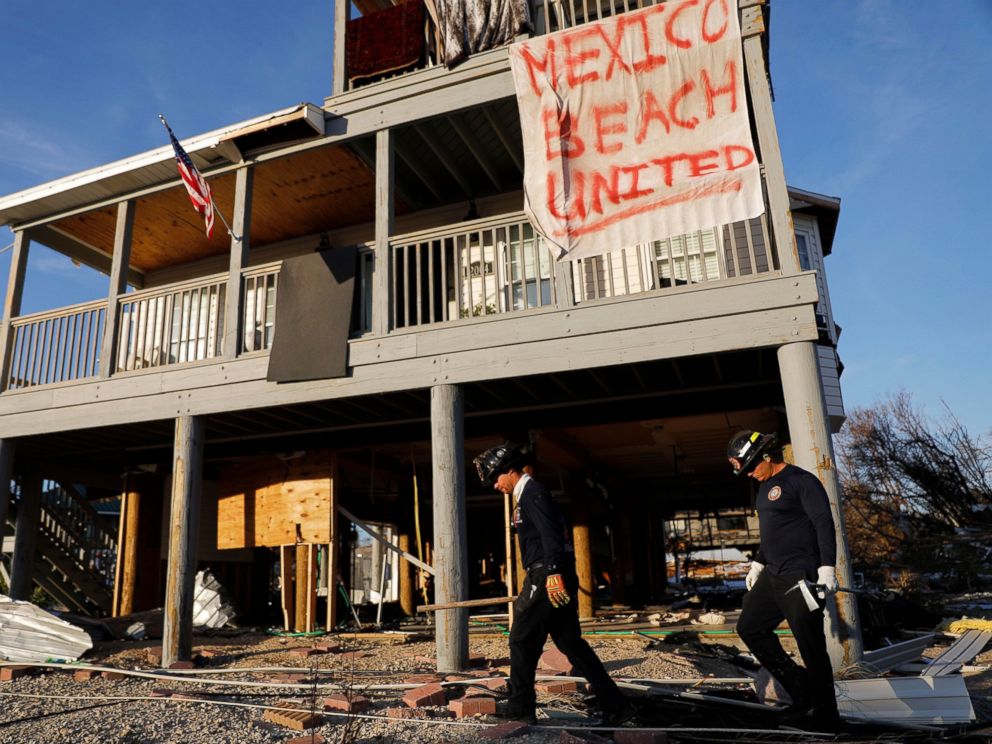 Five people, including a firefighter, died in Virginia as flooding caused massive damage in an area already hard hit by Hurricane Florence last month. Three people died in North Carolina, all due to falling trees, and a young girl was killed in Georgia when debris was blown through the roof of her grandparents’ home.

There were still 1.3 million customers without power across Florida, Georgia, South Carolina, North Carolina, Alabama and Virginia as of 5 a.m. Saturday.