The situation in Guadeloupe remains “very difficult”, a week after unrest erupted in the overseas territory, according to France’s interior minister.

Over the weekend, France sent police special forces to the Caribbean Island after riots broke out over COVID-19 restrictions.

Despite calls for calm in Guadeloupe, Interior Minister Gerald Darmanin said: “There are still scenes of extreme violence with police forces being shot at with real ammunition.” 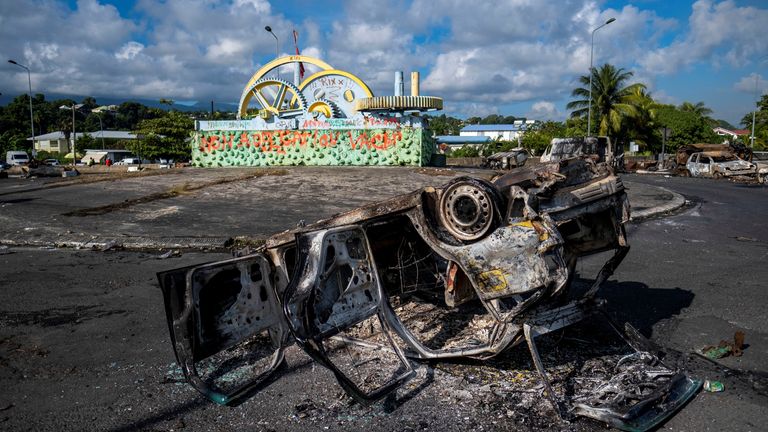 A general strike entered into a second week on Monday and many stores remained shuttered after night-time looting, even though Mr Darmanin said the 200 extra police officers deployed since Sunday have helped quell some of the unrest.

Sebastien Lecornu, France‘s Overseas Minister, told France 2 television that he and some other members of the government would go to the overseas territory to examine the situation.

Mr Lecornu also condemned the violence and added that “we committed last night to find other types of vaccines for those who refuse messenger RNA vaccines”.

A point of contention for people in Guadeloupe is France’s compulsory vaccination policy for healthcare workers.

Mr Darmanin has previously said around 80% of healthcare workers on the island had been vaccinated. 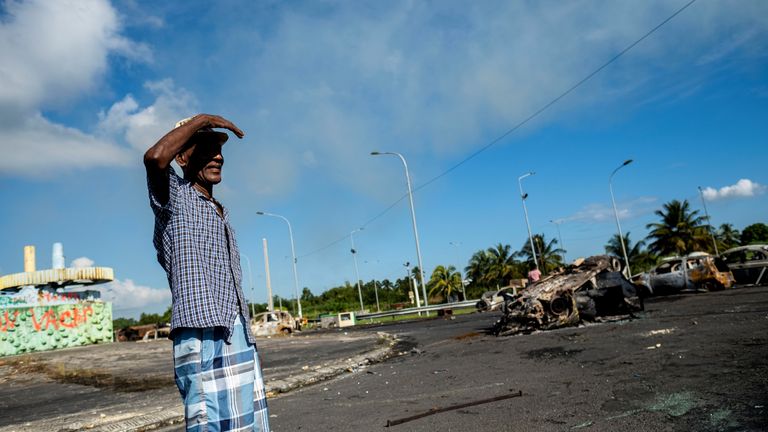 Protests were sparked by trade unions who are unhappy with the coronavirus health pass required to access restaurants, cafes, cultural venues, sports arenas and for long-distance travel, while also demonstrating France’s vaccine policy.

Gunshots were fired overnight at police in Martinique, local authorities said on Tuesday. No police have been injured and things have calmed down in the daytime, a Martinique police official said.

A general strike also began in Martinique on Monday to demand an end to the mandatory coronavirus vaccination of health workers and for action to tackle high fuel prices.

The Caribbean has been hit this autumn by a new wave of coronavirus infections that is causing lockdowns and flight cancellations and overwhelming hospitals, just as tourism was beginning to show signs of recovery.