The guitar used by George Harrison at the Beatles’ final Cavern Club gig has sold at auction for £347,000.

Harrison played the Australian-made Maton Mastersound MS-500 at the famous venue in Liverpool in the summer of 1963.

His regular guitar was being repaired, but Harrison was so impressed with the replacement he continued to use it. 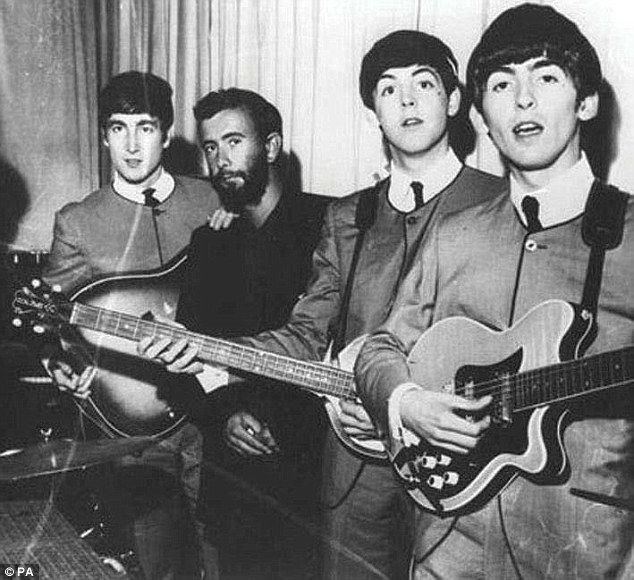 Harrison (pictured, far-right) was so impressed with the replacement he continued to use it 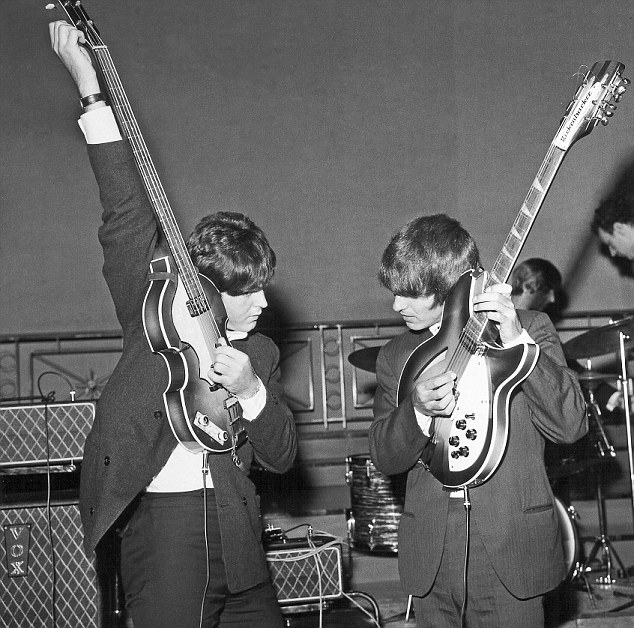 When he returned the guitar to the repair shop, it was bought by Roy Barber, a guitarist in Dave Berry and the Cruisers, whose hits included Memphis, Tennessee and The Crying Game.