Officers swooped on the branch on Colindeep Lane at the junction with Edgware Road at around 2pm “following reports of four males seen in possession of a firearm.”

A video online shows heavily armed officers on scene and a young man being handcuffed outside the MacDonald’s.

A separate clip shows an officer putting what looks like a handgun into an evidence bag. 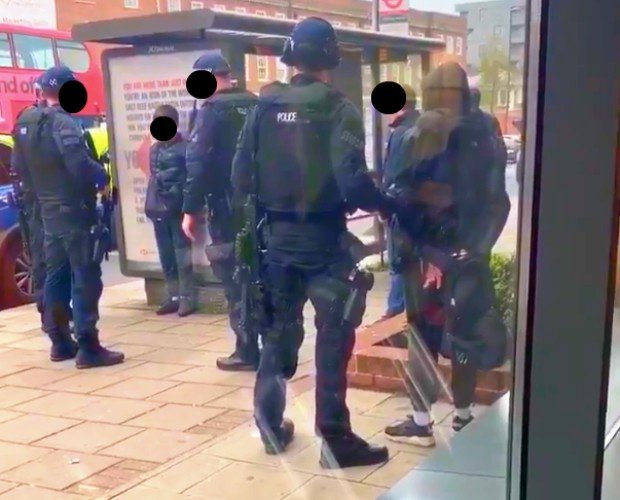 The Twitter user who shared the footage blasted: “What is wrong with children now that they need to wave a fake gun around to act like they’re big.

On Sunday night, two men in their 20s were reportedly shot in Francis Road, Leyton, in East London.

It was a bloody weekend in the capital, with cops responded to four stabbing calls and a ‘shooting’ in just over three hours on Saturday night.