Sheinbaum said on Twitter that public security chief Omar Garcia Harfuch was ‘out of danger’ following the attack at around 6.30 a.m. on Friday morning that shocked residents of the Lomas de Chapultepec area of the city.

Sheinbaum said she would share more information at a news conference later in the day.

An unspecified number of people had died and several arrests had been made, Sheinbaum added, without giving details.

The police said in a statement that gunmen armed with .50 caliber sniper rifles and grenades exchanged fire with the chief’s security detail. 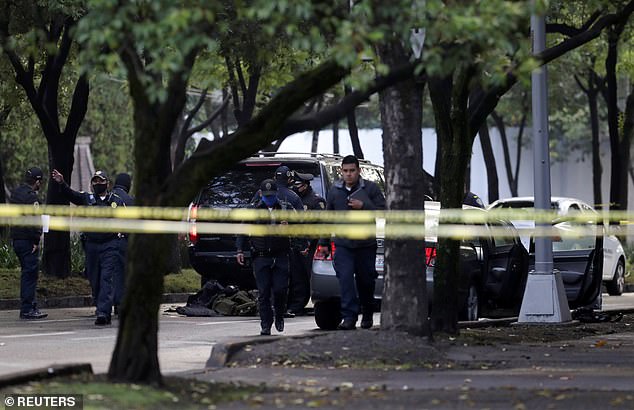 Police officers are seen near a vehicle after a shooting in Mexico City, Mexico today 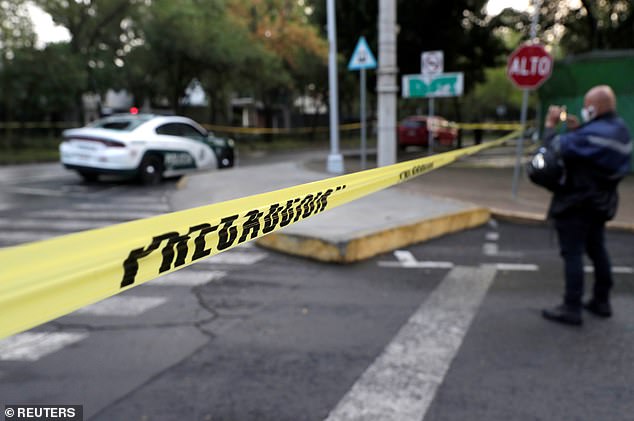 A police cordon tape is seen at an area where a shooting took place in Mexico City, Mexico today. An unspecified number of people died and several were arrested during the attack 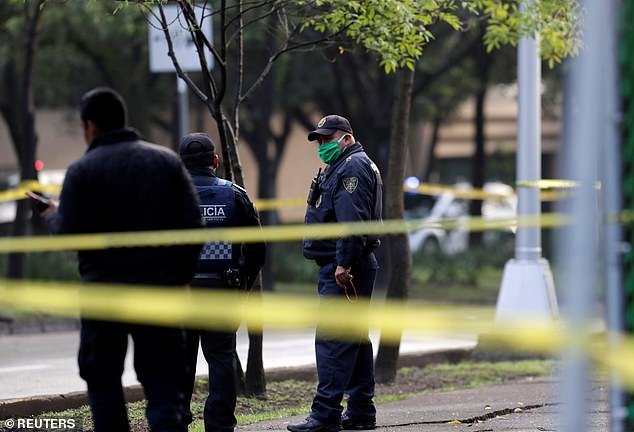 Harfuch was hospitalized in stable condition, it said.

Speaking at a regular government news conference, President Andres Manuel Lopez Obrador said Garcia had been injured in the attack and attributed the outbreak of violence to the work of local officials to establish order in the city.

Residents said heavy gunfire rang out for several minutes during the attack in Lomas de Chapultepec, which is home to many wealthy residents and the location of ambassadorial residences. 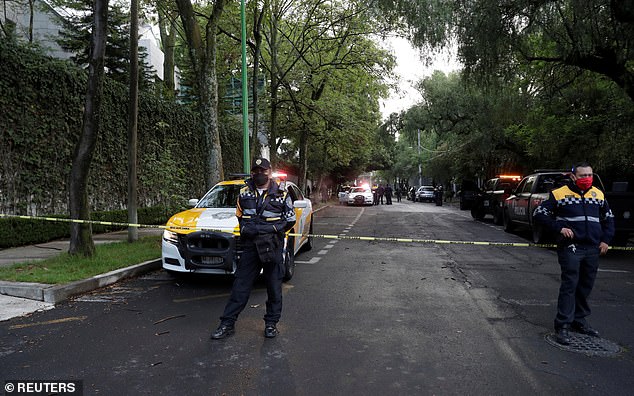 Residents said heavy gunfire rang out for several minutes during the attack in Lomas de Chapultepec, which is home to many wealthy residents and the location of ambassadorial residences

Police converged on the area in the west of the city, which is rarely troubled by the violence that in recent years has afflicted many parts of the country, particularly poorer ones.

There was no immediate word on motive or the identity of the attackers, but a number of organized crime groups operate in the city.

‘It has to do without a doubt with the work he is carrying out to guarantee peace and tranquility,’ Lopez Obrador said.

Television images showed dozens of police cordoning off a main road in the area.