Shocking footage shows the man and woman crouched down while bystanders repeatedly fill a bucket with waste and pour it over their heads. 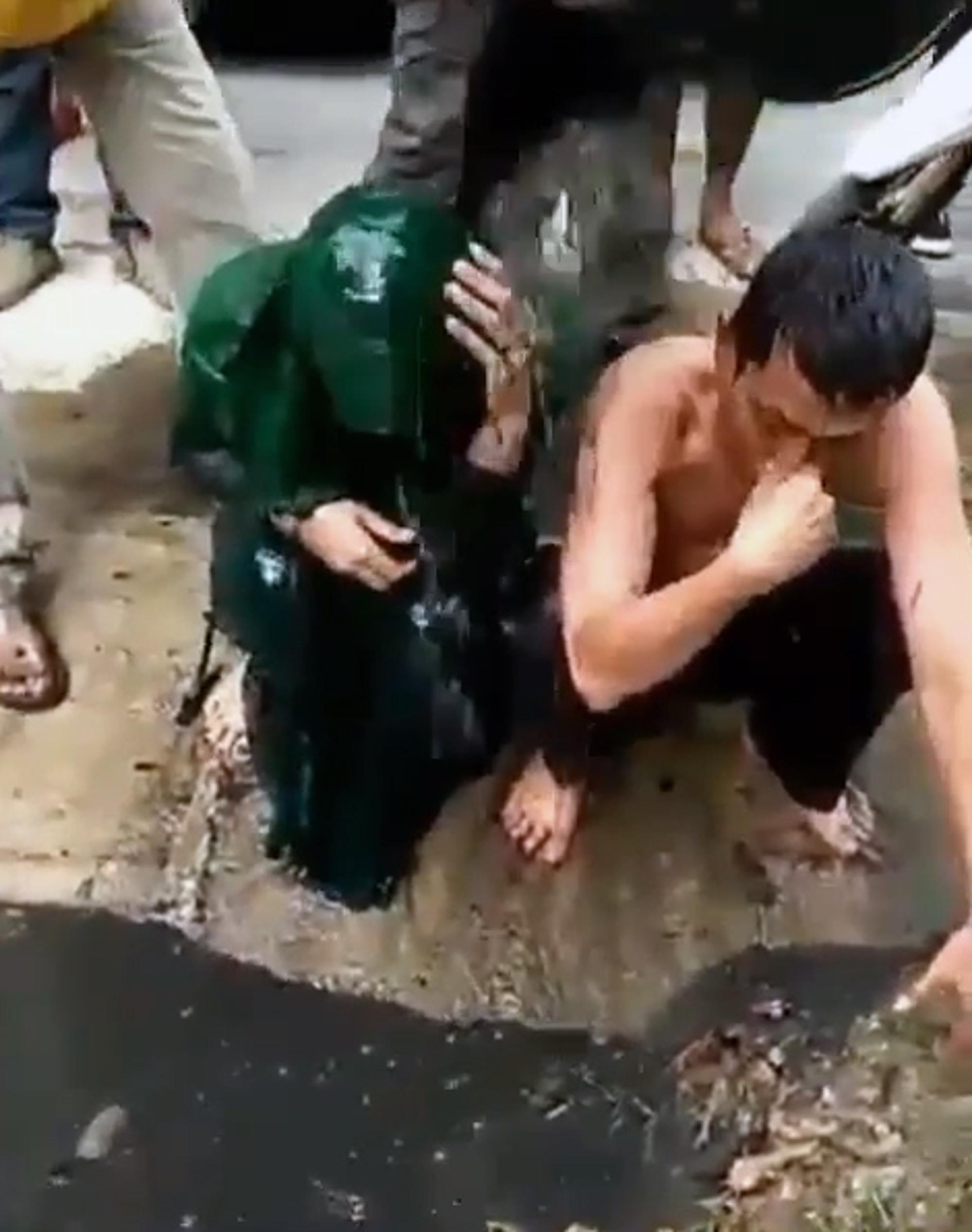 The video was filmed in the city of Langsa, in north-western Indonesia’s Aceh province – an area ruled by strict Sharia law.

Initially the man, identified by the initials TSF, is seen being held still by the vigilante who then fills a bucket and pours it over the supposed adulterer.

The sewage-soaked man then tries to walk away but the group of onlookers usher him back to towards the sewer where he is joined by a woman, identified as DK, 30.

The woman is wearing traditional clothing and crouches next to her alleged lover as they have buckets of sewage repeatedly poured over them. 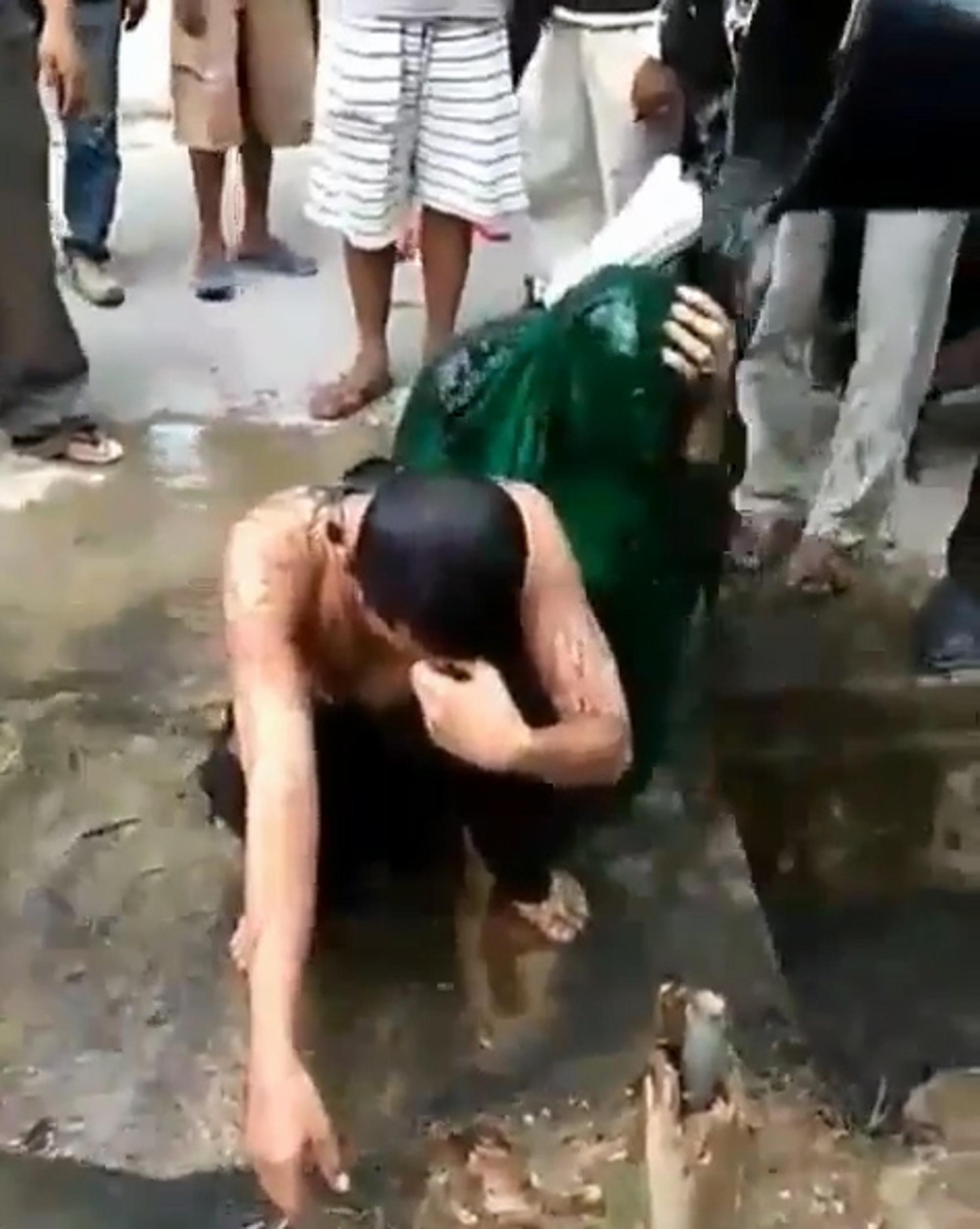 Local media report that DK is accused of having sex outside of marriage with TSF, who is her boss and the head of the city’s Regional Development Planning Board.

The local Islamic Sharia Agency Heaf, Ibrahim Latif, told reporters: "So the culprit (TSF) often went to the house of the woman, according to locals.

"Maybe, after a long time of peeping on them, the locals got angry because they were deemed to have engaged in immoral acts.

"The locals were angry because when the couple was interrogated they could not keep their answers straight. 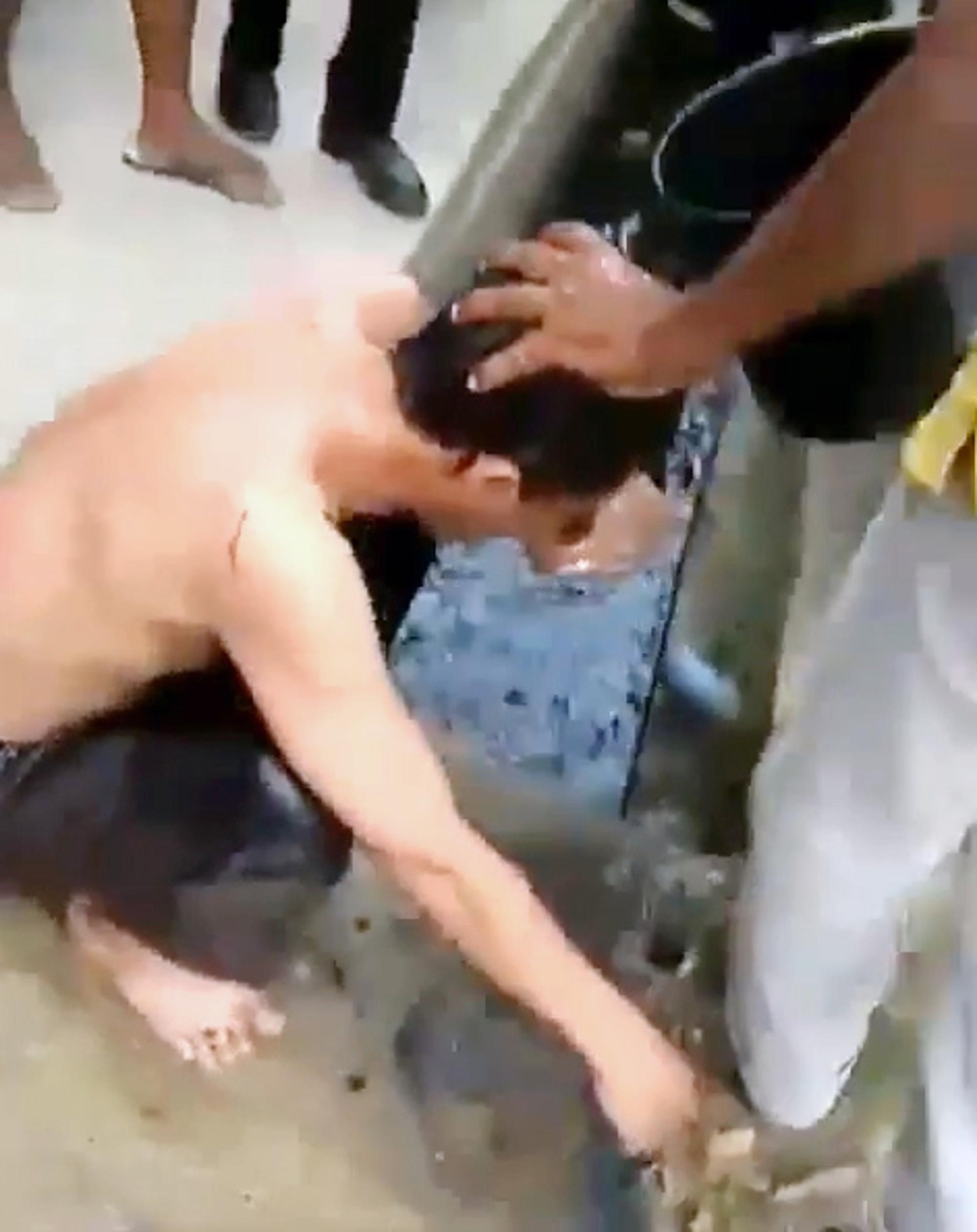 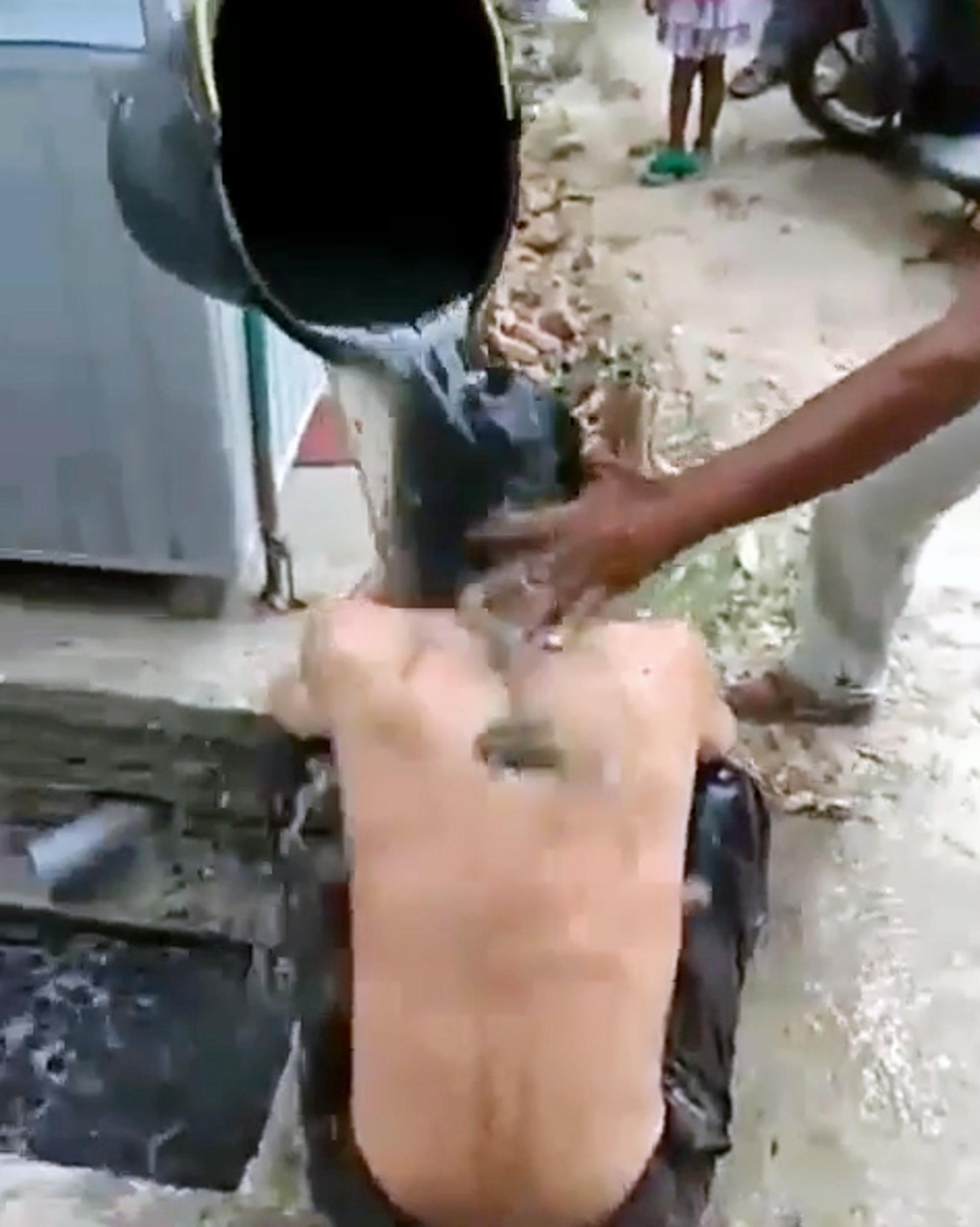 "It has become a norm in villages like that."

Latif added that the man had tried to calm the angry mob by showing them a certificate that showed the couple had performed a nikah siri – a marriage sanctioned by religion but not by the state.

But the mob questioned the validity of the certificate.

Both TSF and DK have been taken into custody by religious police who will investigate if the marriage certificate is authentic. 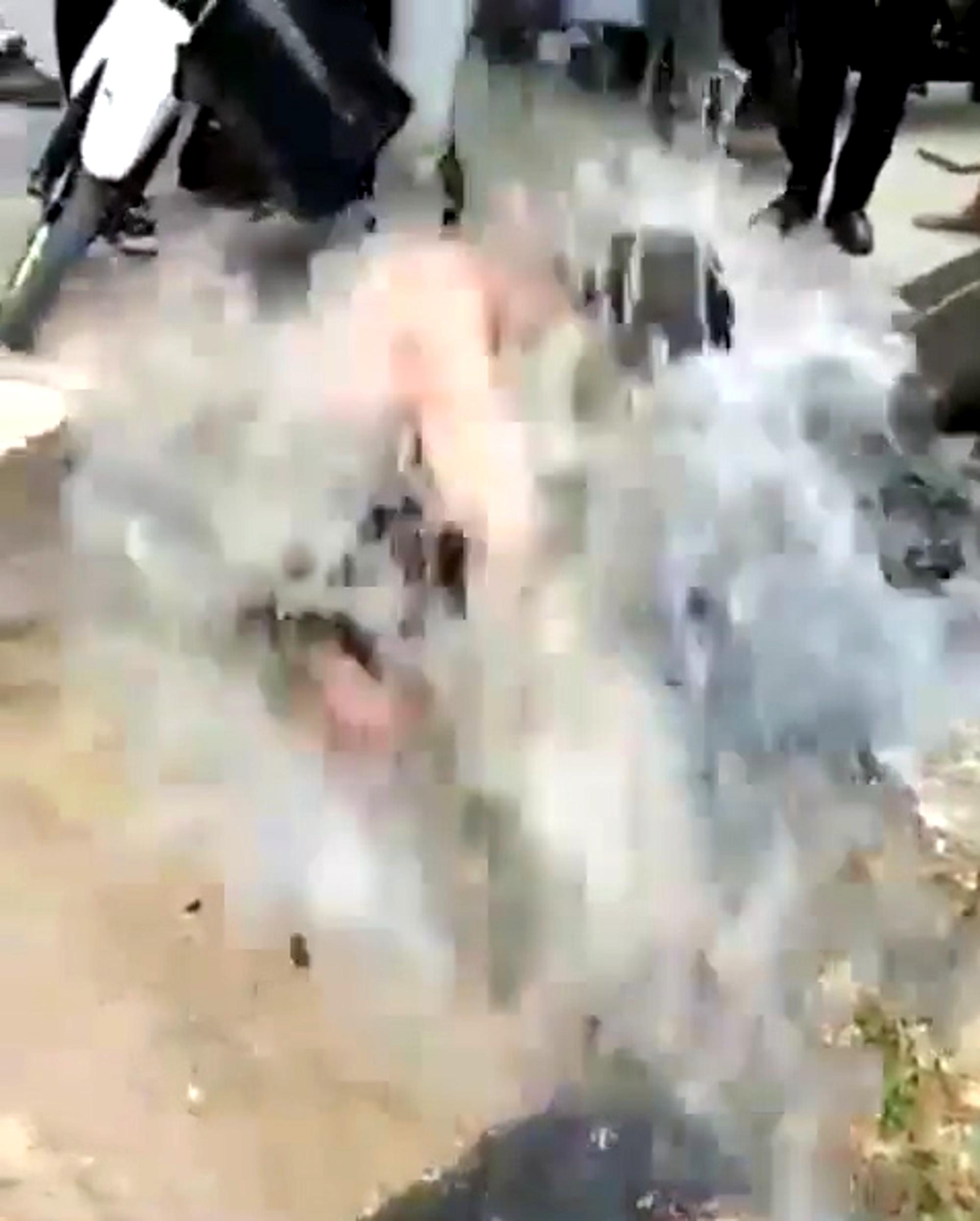 If the certificate is found to be fake the pair could be punished by being publicly caned, as is written in the province’s religious bylaws.

Aceh is the only province in Indonesia that is permitted to enact explicitly Sharia-based laws.

Selling alcohol, adultery and homosexuality are all punishable by law in the province.