A PARTY host had a Halloween nightmare when four spooky banners she bought from two different shops spelled out complete nonsense.

Emily Joseph  spent £2.49 on the Poundstretcher banners, which were supposed to read "Happy Halloween" and "Trick or Treat". 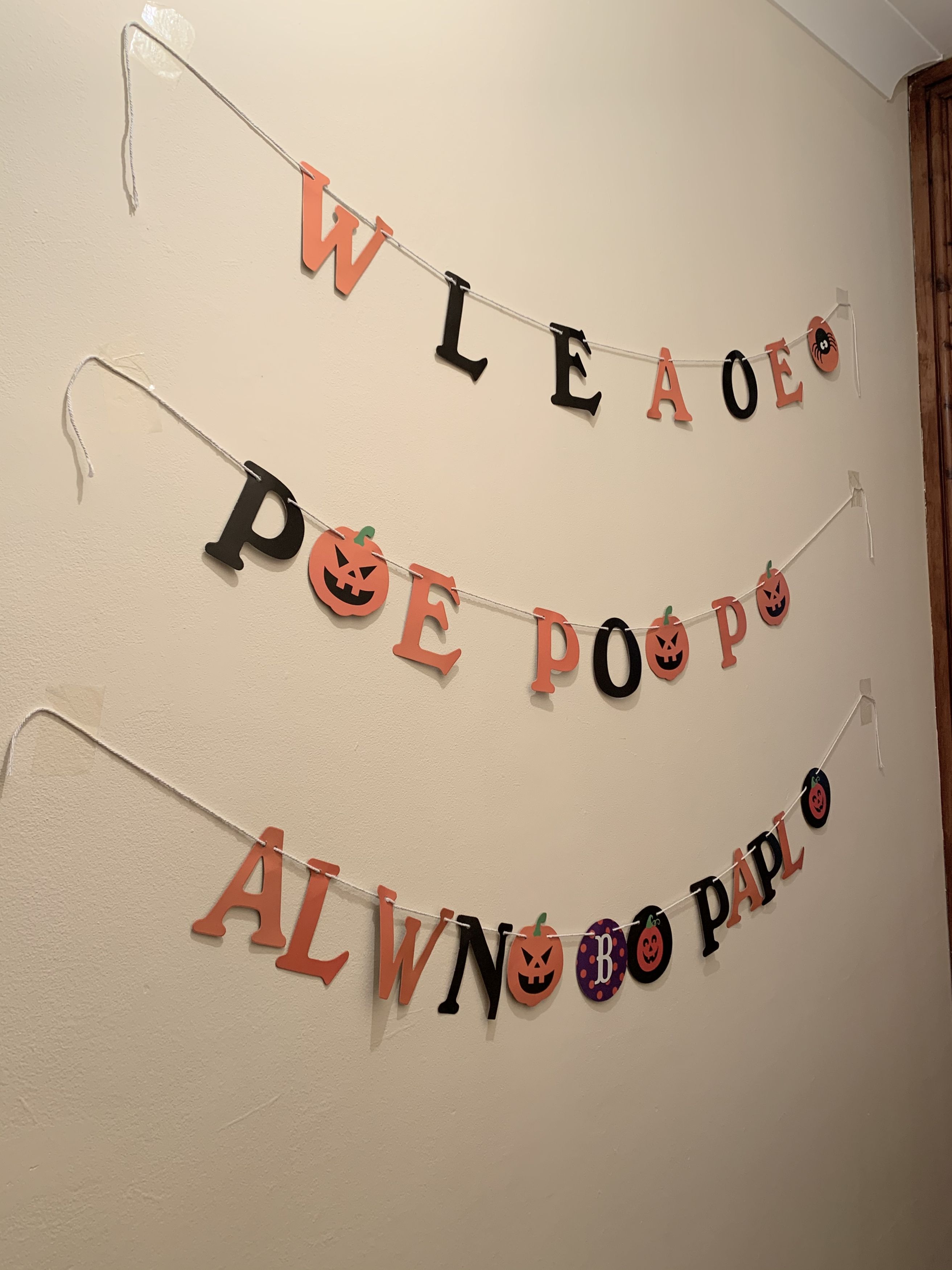 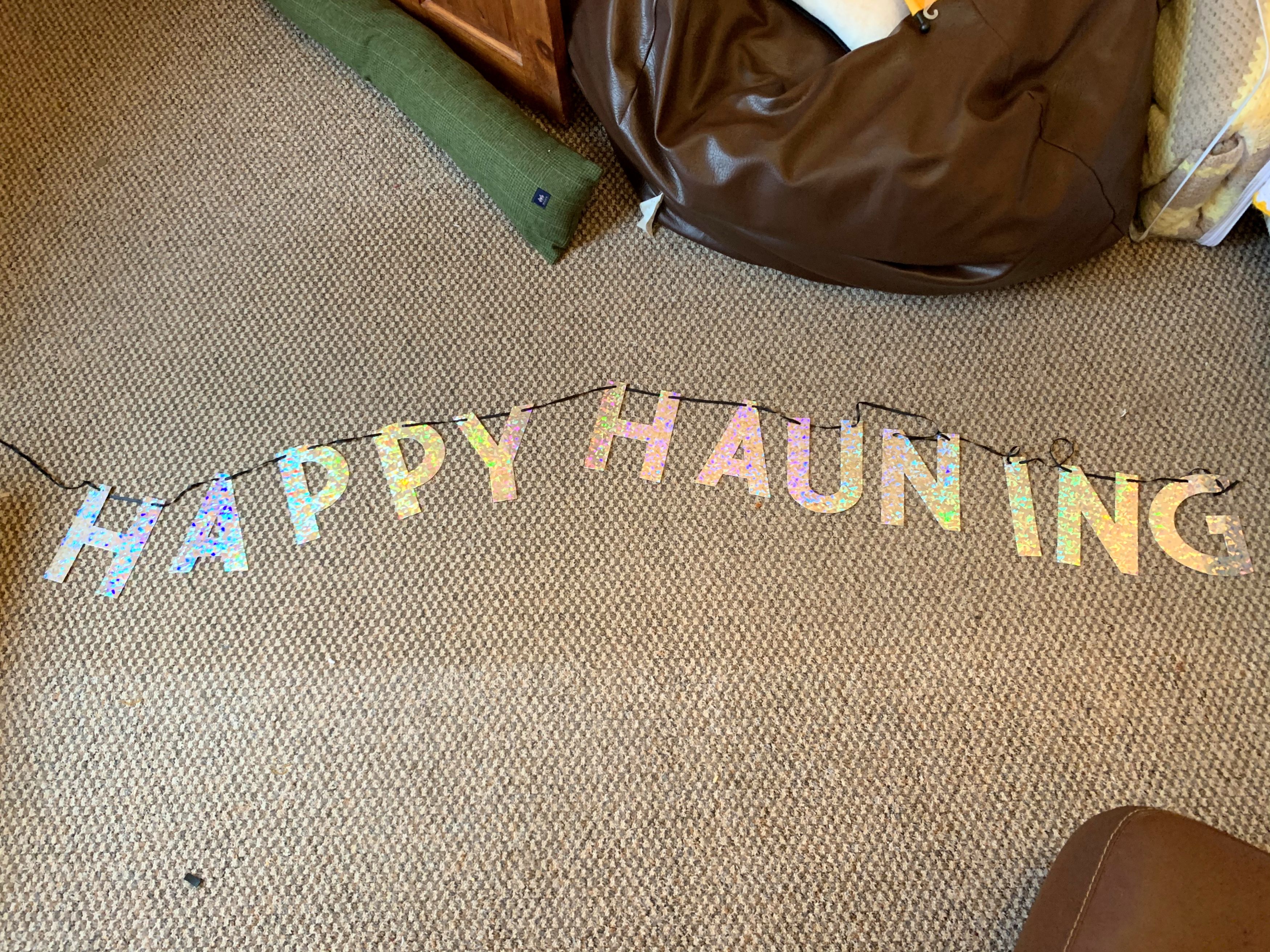 But she was left in hysterics when she realised they instead spelled out "PEPOP", "ALWNBPAPL" and "WLEAOE" – with no 'h's' or 't's' to write what she wanted.

There was also an advertised foil banner missing, which Emily planned to hang up for her Halloween party this week.

The 23-year-old was also stunned when a second £3 banner she bought from Wilko had a mistake – with a missing 't' turning "happy haunting" into "happy hauning".

Emily, from Swansea, said: "I was just folded over in my kitchen laughing. Me and my partner were just in hysterics. I thought it was so funny it was worth putting it up just for comedy factor.

"It's such bad luck that it happened to me twice.

"It was not like it was expensive. I think I was more annoyed that the set had one banner missing. The mess that came afterwards I couldn't care less – it was just too funny."

Emily is now planning to get creative – and is wants her guests to come up with the best words they possibly can from the jumbled banner.

She will give a prize to whoever wins the Boggle-style game.

A spokesperson for Poundstretcher believes a manufacturing error is behind the mix-up, and said it is an "isolated case".

They added: "We are delighted that Emily has seen the funny side of this and we hope that she has a fantastic Halloween party."

A spokesperson for Wilko also apologised for the gaffe, adding: "How spooky! Not sure what’s happened here, clearly someone’s been on a T-break." 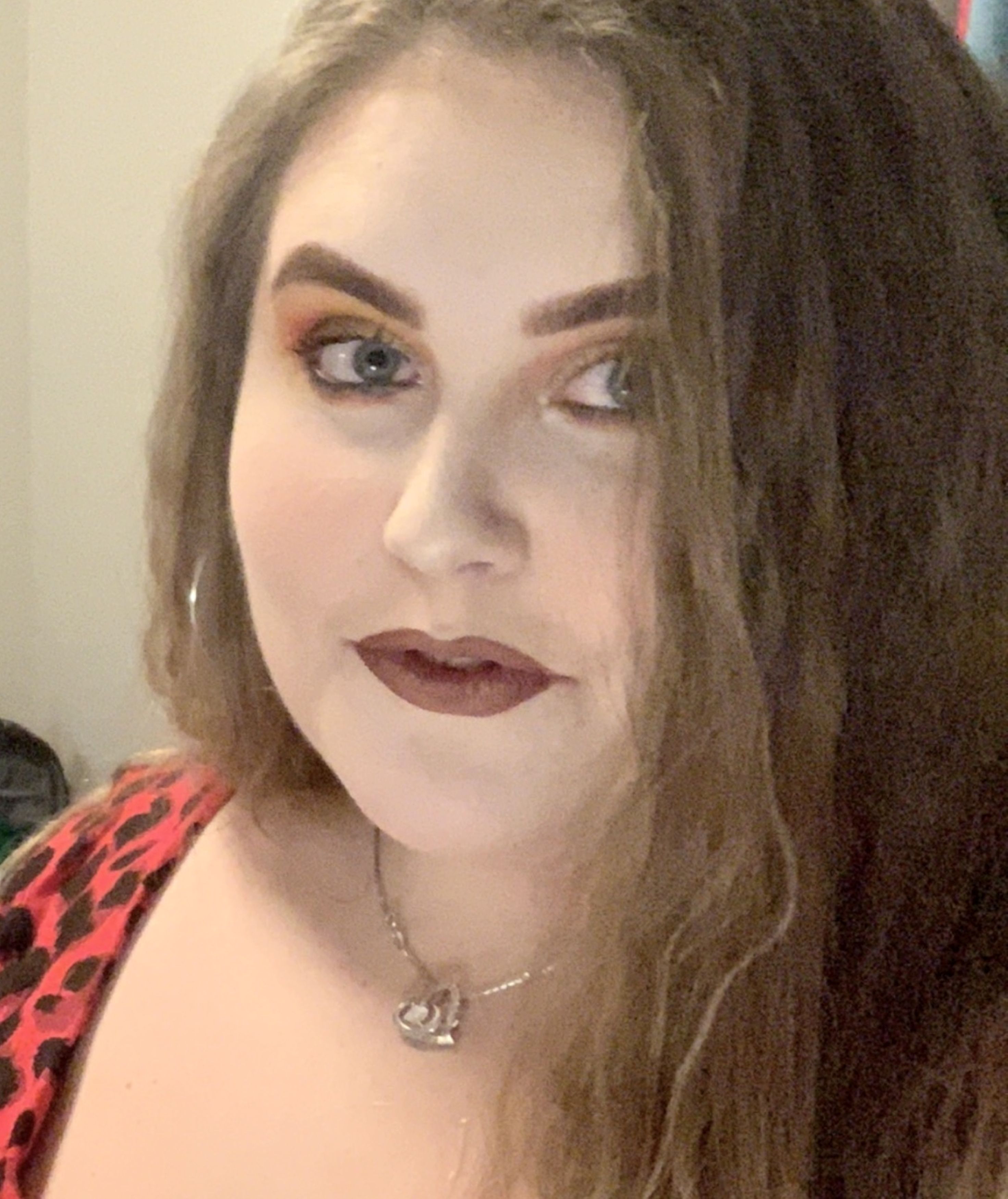 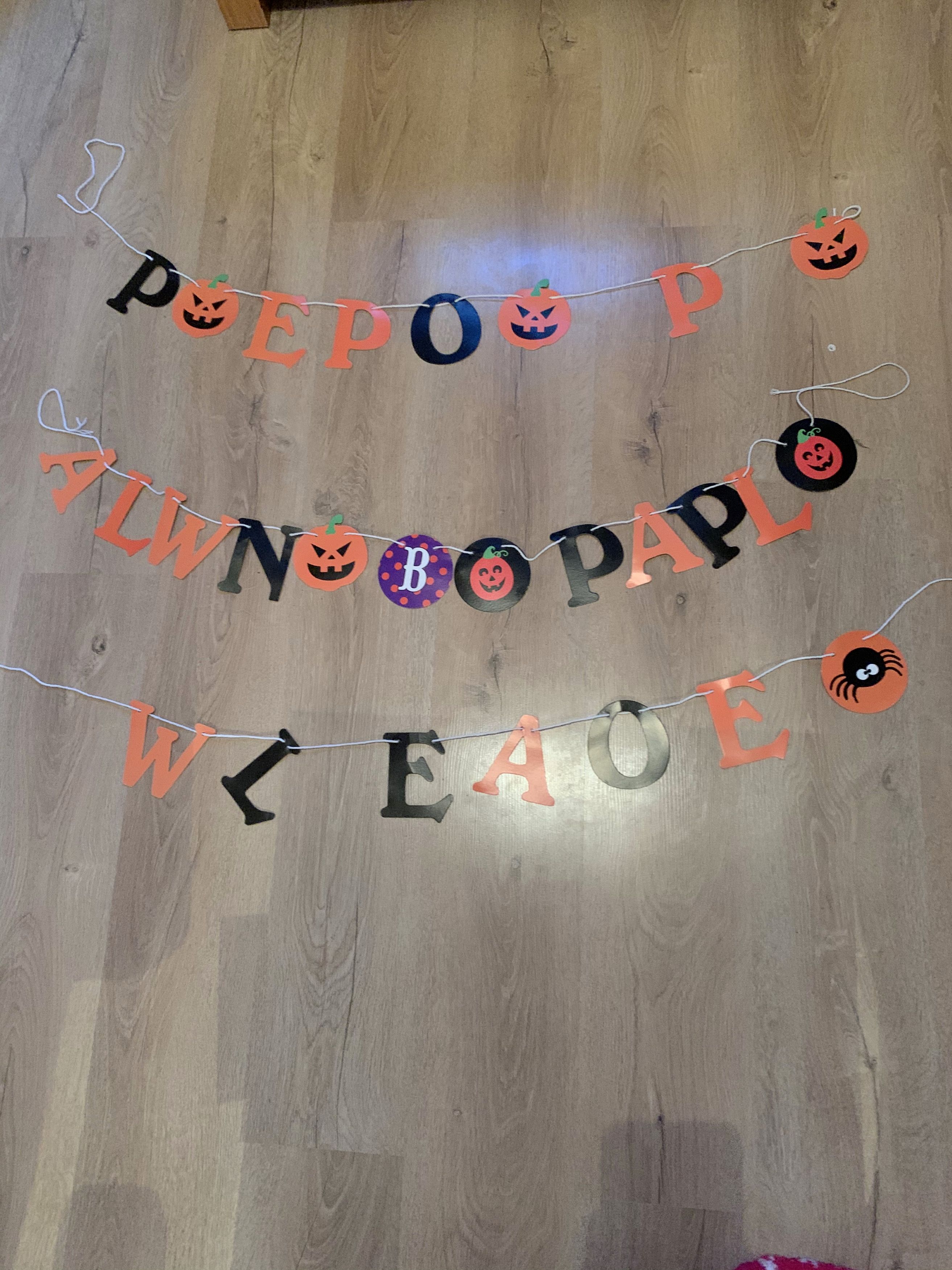 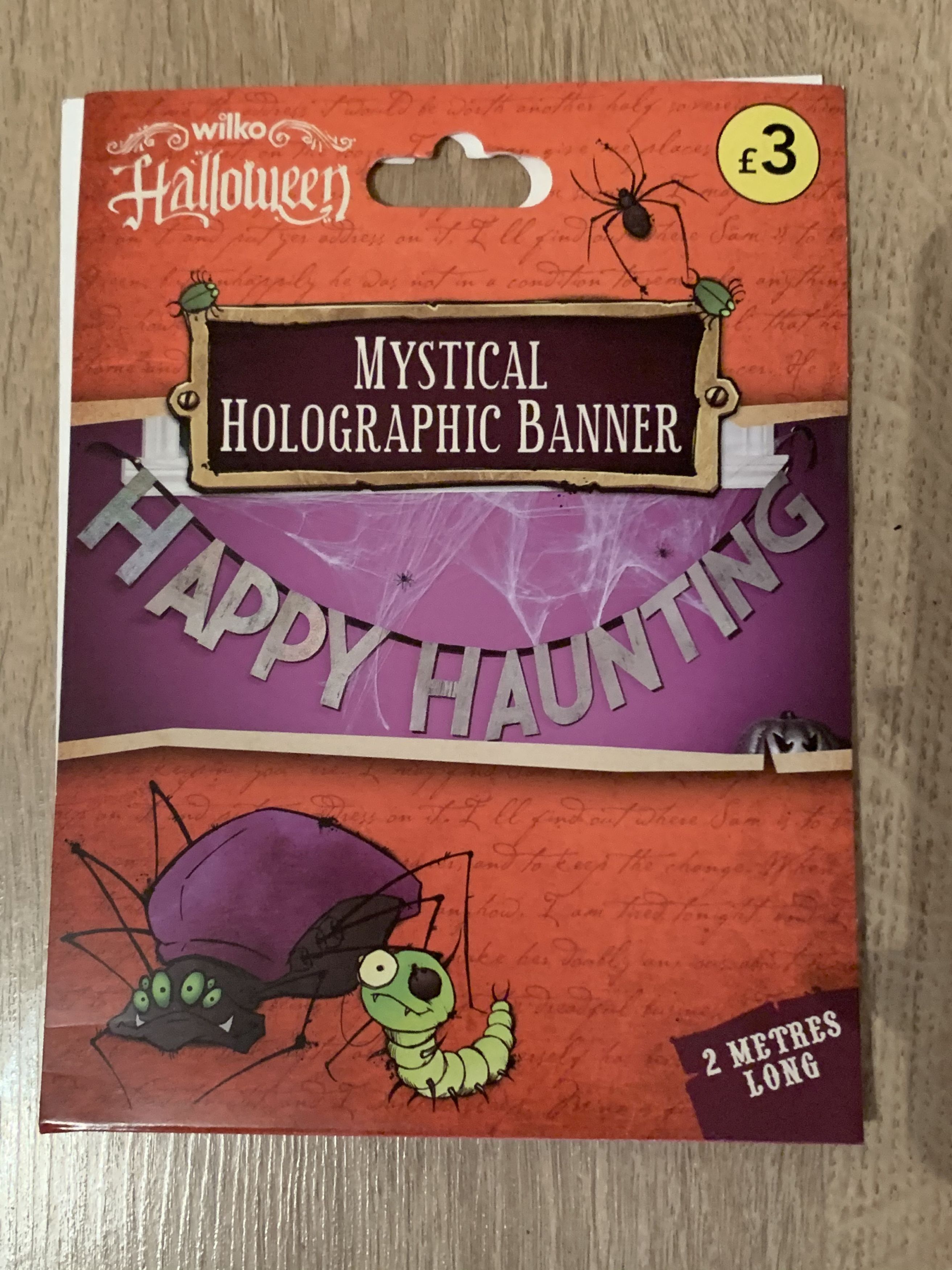 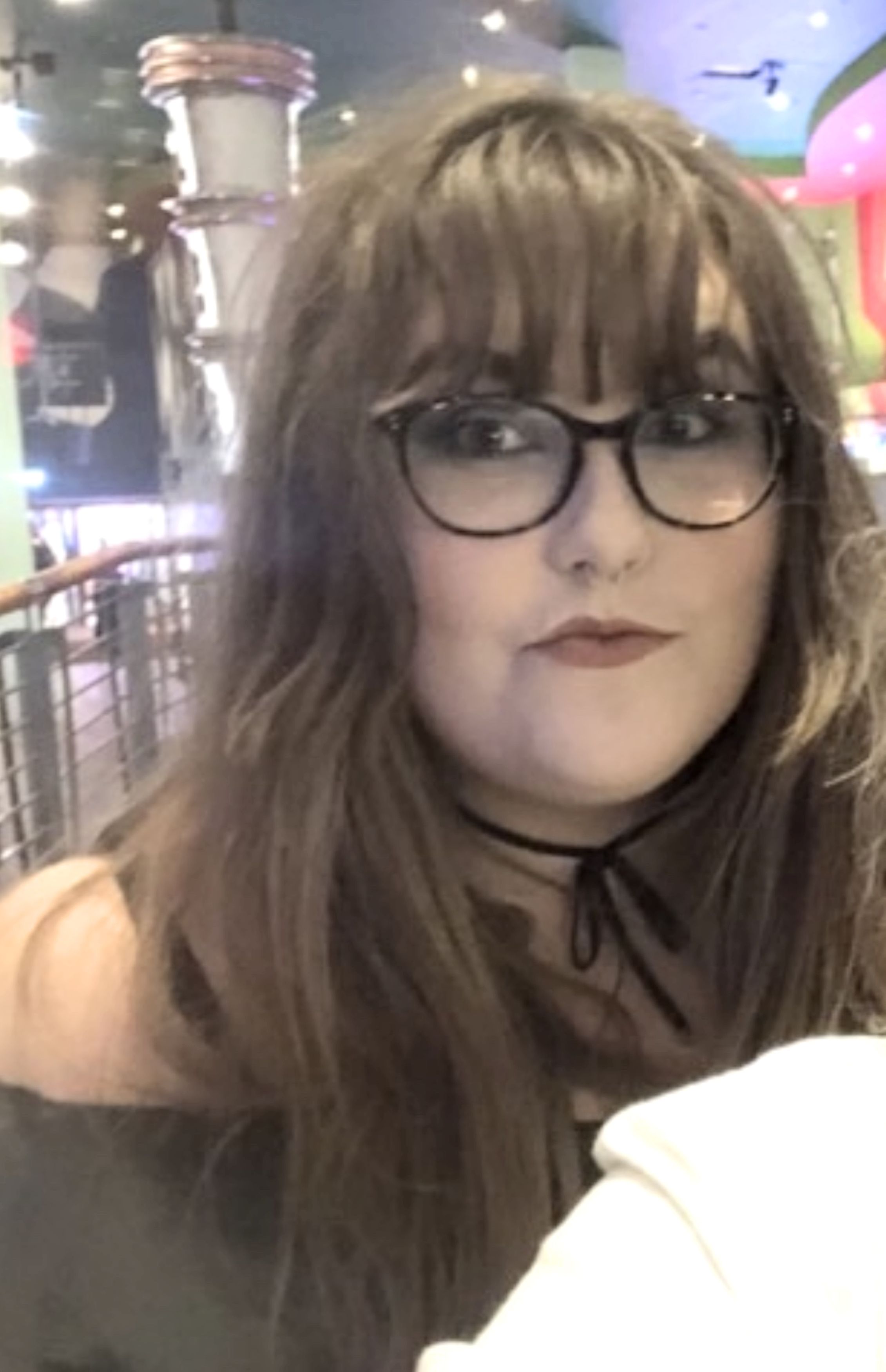