Trick-or-treaters will have to wrap up warm on Wednesday night as wintry showers will pour across the the UK. 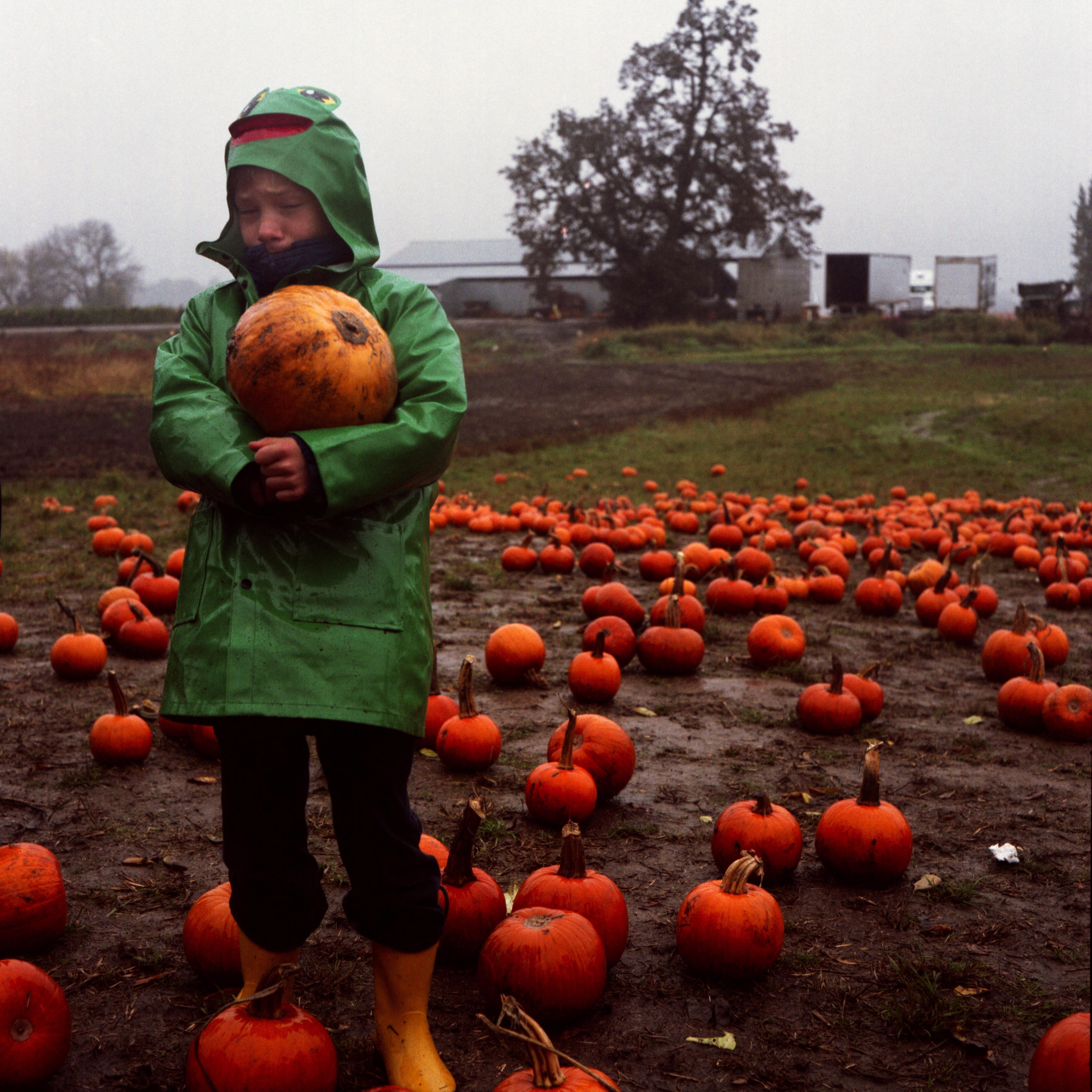 Wednesday daytime will be a very un-spooky bright and clear day for most areas in Britain.

But then certain areas will become wet and cold as night falls, with temperatures set to fall to a chilly 5C.

A Met Office spokesperson said: “As we get into the evening there’s a chance that we might see some showers around South East England and it’s going to be a breezy night for the North.

"In parts of London, the South East and East Anglia there’s certainly going to be a risk of some showers and maybe some heavier rains, particularly further South, perhaps down on the Kent coast." 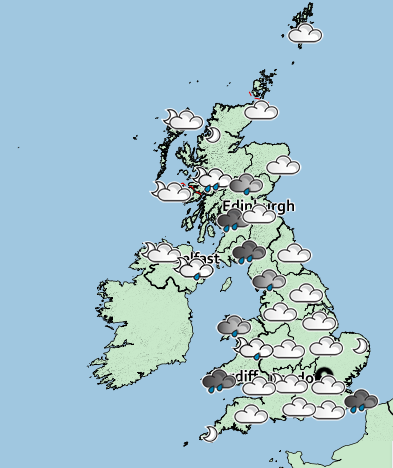 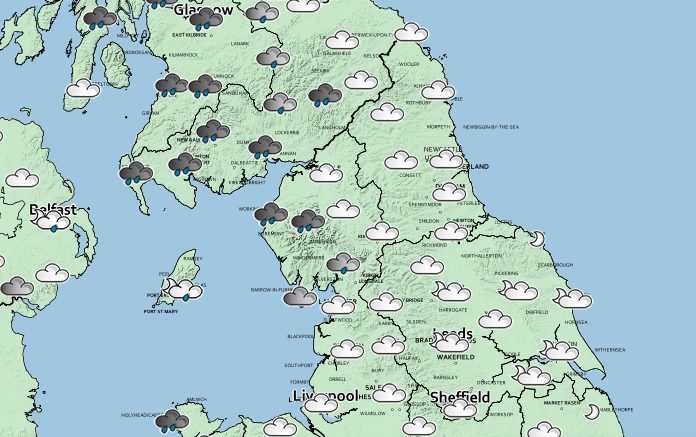 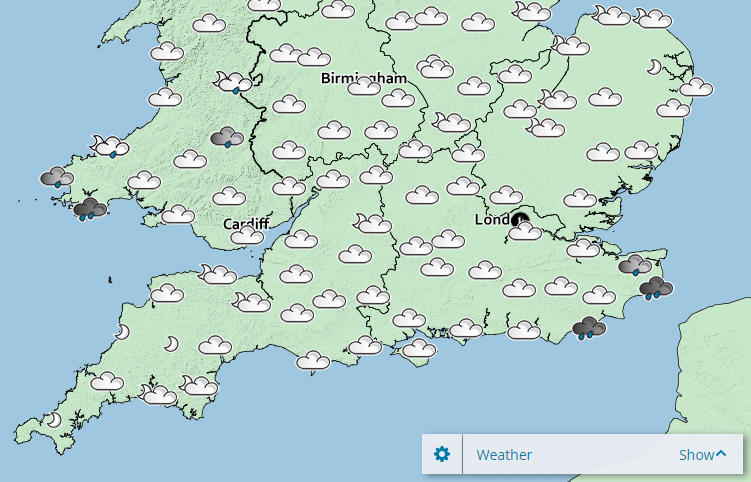 Temperatures on Wednesday during the day are expected to be fairly average for this time of year at around 13C for most of Britain.

But then another cold night will set in on Halloween as the mercury falls to around 5C overnight.

Though October 31 will actually be much warmer than nights leading up to it as the coldest night of autumn was clocked in Wales last night where a freezing -7.3C was recorded in Sennybridge.

The scarier weather will actually come later this week when Hurricane Oscar blasts the North with gale-force 70mph winds. 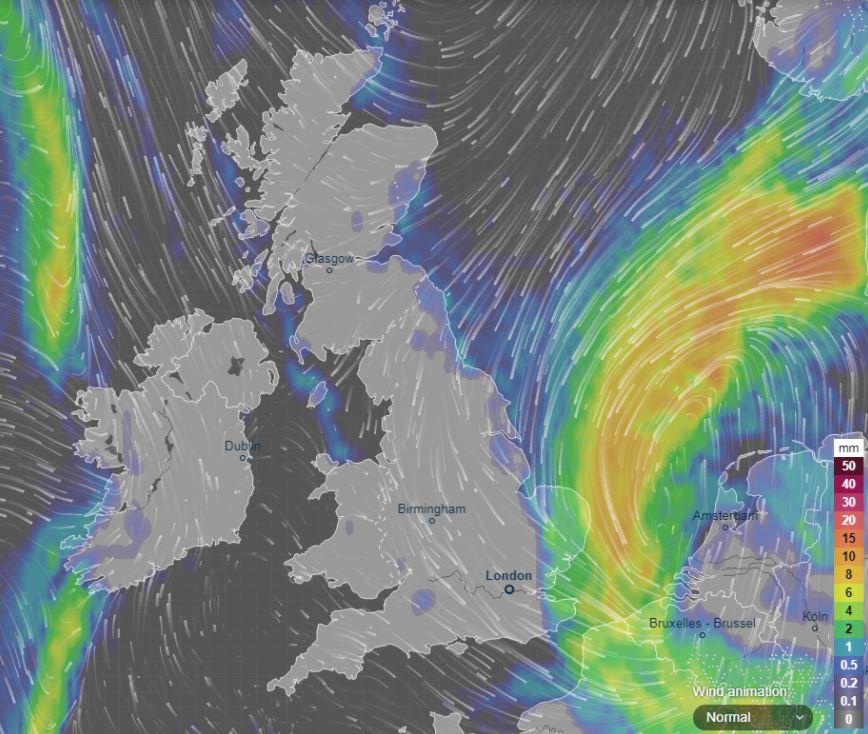 Torrential rain and extremely powerful winds are expected to hit the Western Isles and Highlands of Scotland, where gusts of 70mph or stronger are very likely on Friday and into the weekend.

But because of the volatile nature of the storm, Brits are advised to look out for severe weather warnings later in the week as the track of Oscar becomes clearer.

Alex Burkill of the Met Office said: "We probably aren't going to be issuing any warnings today for it, because there's quite a lot of uncertainty and the track could change again and it could come further South in which case we'll be changing our story because then it will affect more people.

"If the track that we're forecasting at the moment is what happens, then warnings would be required."